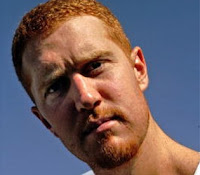 Former Boston fan favorite Brian Scalabrine announced today that he is Italy bound, and also is going to grow a beard. I guess it's become a common practice during the NBA lockout.

According to the Chicago Tribune:


Brian Scalabrine is headed to Italy.

The free-agent forward, who spent last season with the Bulls, will attend Benetton Treviso's training camp without a contract before making a decision on his future. That's the same team for which Toni Kukoc once played.

Scalabrine couldn't get an NBA out in talks with the club should the NBA lockout end. So with a wife and two young daughters home in the States, the fan favorite will attend training camp in Italy and monitor the state of the lockout. Before the lockout started, Bulls management told Scalabrine it's open to his return.

"I'm going off the grid, growing the beard and going dark for now," Scalabrine joked via text message.