Who will make a bigger scene? 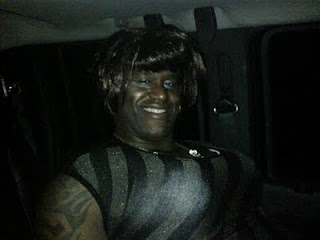 So, I know all Celtics fans aren't Patriots fans. Still, I'm sure well over 50% of you are and have by now heard the news that Chad Ochocino has been traded to New England. With the NBA lockout lull, I wonder who will have caused a bigger scene in the city of Boston, Shaq or Ocho?

Shaqs didn't just appear on the court for Boston. He was in Harvard Square as a statue, in Symphony Hall conducting the Boston pops, in Needham as Shaq-a-Clause and he even cross dressed around Boston on Halloween.

Chad Ochocinco is famous for his off-field antics as well. What with his reality shows, video games, bull riding, NASCAR driving, MLS tryouts, and prolific tweeting.

So, now that a new high-profile character has arrived on the Boston sports scene to take Shaq's place, who will have made a bigger scene off the court/field -- Chad Ochocinco or Shaq? Comment below!