What the Hell Happened to...Junior Burrough? 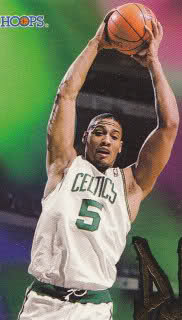 There's certain articles of WTHHT that I write that mean more than others.  This week's might be the most.  See I idolized this week's player during his college career at Virginia.  In fact after the 1995 NBA Draft, I was convinced a certain #5 would be raised to the rafters of the Boston Garden one day (and it wasn't supposed to be the #5 pick, Kevin Garnett).  It was this week's player, Junior Burrough.

After playing at renown Oak Hill Academy for high school, Thomas Harold "Junior" Burrough attended the University of Virginia where he proceeded to beast for 4 years.  Teamed with Cory Alexander, Curtis Staples, and Harold Deane, Virginia was a tough team to play.  I remember in 1995 they were a 4 seed in the tournament and I picked them to beat Kansas, the top seed, and I was right.  They lost in their Great 8 matchup to Arkansas, the defending national champion by 7 points.  (Inexplicably, Burrough's number has not been retired at UVA.  It's weird if you asked me Staples, Alexander or Burrough, which one had their number retired, Staples would've been my last pick.  Not surprisingly this guy was a god at Virginia).

When the Celtics first pick came up I was yelling at the TV for them to draft Burrough. When he was miraculously still on the board in the second round for the C's #33 pick overall, I was giddy.  When they selected him, I was downright boisterous. 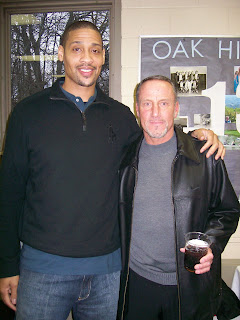 My expectations for his NBA career couldn't have been more wrong.  He'd only play 61 games during that disastrous 1996 season, starting 3.  Junior only averaged 8 minutes per game and 3 ppg, shooting a morbid 37% from the field and 65% from the foul line.  How could I have been so wrong?

He had been a monster in college and I knew everyone else had been sleeping on him.  I expected him to have a career like Barkley, or how Elton Brand would play.  I expected him to be starting over Dino Radja that next season.  At the very least, I thought he'd become a Clarence Weatherspoon-level performer.

Was he undersized, not a legit 6'8?  Still that could've made him like Weatherspoon.  Was he not as athletic as I thought he was?  I can't believe that because I remember him evenly playing against the top players in a loaded ACC.

We've joked about Larry Robinson and Jerome Moiso's vagabond basketball journeys in the past, but none of that compares to what Junior proceeded to endure.  After leaving the Celtics after 1996, check this out:


I mean this guy played for more basketball teams than Morgan Freeman filmed movies during the same period!  Was Junior playing in multiple leagues per year?  He kept coming back to the Aishin Sea Horses.  Or was their season only so long?  [Thanks David Stern for making the NBA regular season far too long].

I still to this day am not sure why he didn't pan out.  I watched him play at Virginia.  I watched him go toe to toe and in some instances, outplay Rasheed Wallace and Joe Smith and Tim Duncan.  I was convinced on Draft Night in 1995 that the Celtics' best selection was Burrough.  I imagined a long NBA and successful NBA career.

Junior even confided in me on Twitter his favorite moment as a Celtic: 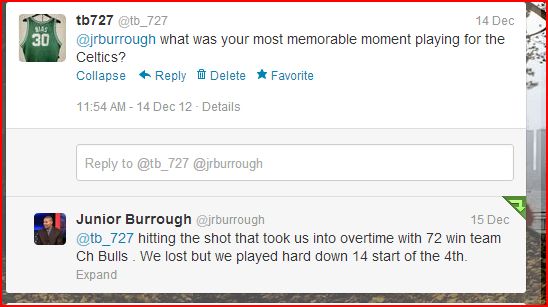 Today, Junior does analysis work for CSN Washington (in addition to coaching and training on the side).  By the looks of this video, I don't know why CSNNE couldn't replace Donny Marshall with Junior. 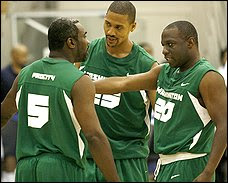 Junior is also a member of the selection committee for the Elite Showcase Basketball Classic in Virginia.  Furthermore, as you can see from this next video below (and in the picture on the left), he still plays basketball when he can.  For the record that's Mark Tillmon (he of Georgetown fame in playing with Mourning and Mutombo) and a future WTHHT star along with Junior Burrough playing in the Kenner Basketball League, as part of a 35 and older group.  I'm a tad confused as to the age dynamic of this league.  Is each team only allowed to have 3 older members?  Are they the only team with 3 guys over 35?  The following video does little to clarify.