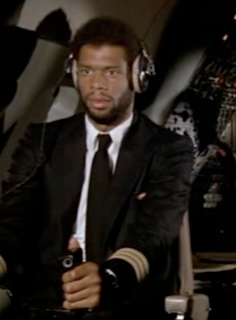 Yesterday Bill Russell was in town to humbling accept the statue that is being built for the 11 time NBA Champion over 40 years after he retired. Never once did you hear him complain that he didn't have a statue. In fact Russell has basically become the nicest man alive (Channeling my inner Karl Dillinger). You'd think over on the left coast a former center like Kareem Abdul-Jabbar would be showering Russell with praise right? Wrong. He's whining, "Where is my statue?!"


Hall of Famer Kareem Abdul-Jabbar, who won five world championships as a Los Angeles Laker and remains the NBA's all-time leading scorer, believes the franchise owes him a statue outside Staples Center and feels "slighted" that it hasn't already happened.

"I don't understand (it). It's either an oversight or they're taking me for granted," Abdul-Jabbar told The Sporting News in a recent interview. "I'm not going to try to read people's minds, but it doesn't make me happy. It's definitely a slight. I feel slighted."

"I am highly offended by the total lack of acknowledgement of my contribution to Laker success," Abdul-Jabbar was quoted as saying. "I guess being the lynchpin for five world championships is not considered significant enough in terms of being part of Laker history."

Stay classy Kareem. The funny thing is that according to a Lakers spokesman Kareem has even been told he's next in line to get a statue. Demanding your own statue is kind of like making up your own nickname...cough Black Mamba cough. Slow your roll Murdock. And you wonder why no NBA team has given this man a head coaching gig?

After the jump, check out Bill Russell graciously accepting his statue honor.