What the Hell Happened to...Bart Kofoed? 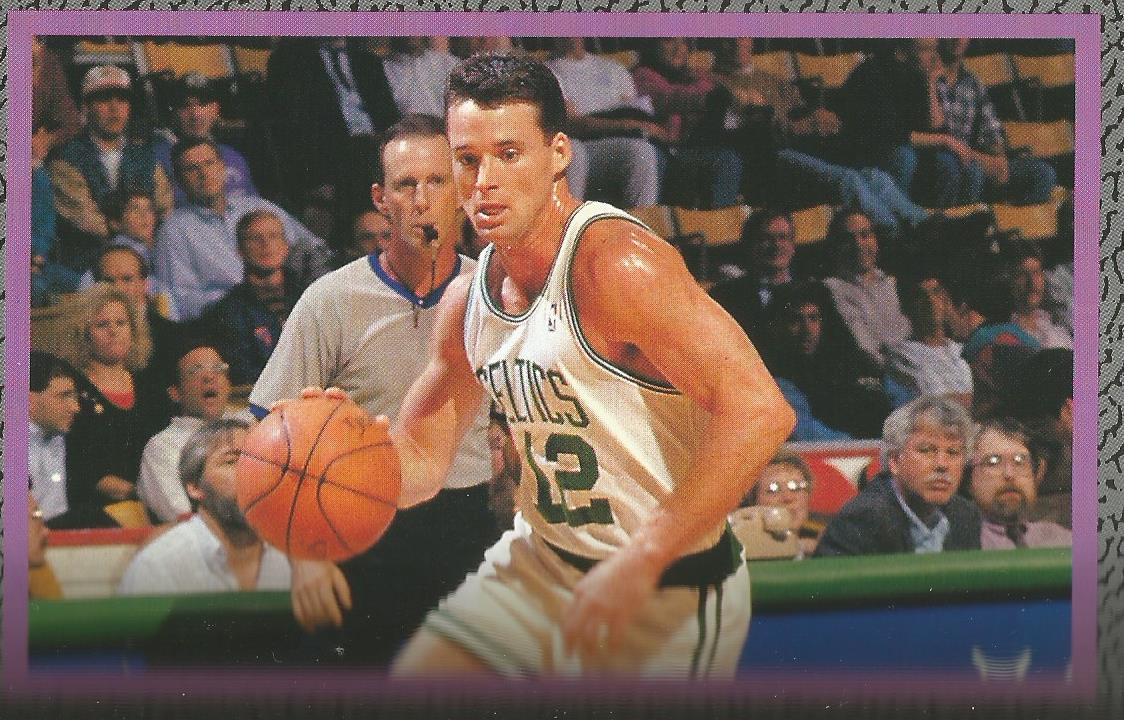 This week in WTHHT, we look back on the career of someone who I don't remember at all, Bart Kofoed.  Bart was drafted in the 5th round of the 1987 draft by the Jazz out of Kearney State College which is now the University of Nebraska at Kearney (which is different than the main University of Nebraska campus where this guy went).

Bart wound up making the that Jazz team and played for them during the 1988 and 1989 seasons, alongside Hall of Famers John Stockton and Karl Malone. [Tangent time: that 1988 Jazz team broke my heart.  That was really the first year I began following basketball and they gave the Flakers absolutely everything they could handle that year.  They won Game 2 in LA and were up 2-1 in the series.  But they lost game 4 at home and narrowly lost Game 5 in LA by 2 points before blowing them out in Game 6 and losing the series in a hard fought 7 games.  That team had Malone and Stockton along with Thurl Bailey (whose initials are unmatched), an aging Darrel Griffith and Kelly Tripuka, Bobby Hansen and Mark Eaton.  Bart actually appeared in 10 playoff games that season for the Jazz]. 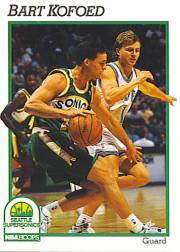 Bart would be waived by Utah after the 1989 season but signed with the Warriors for the 90-91 campaign.  The next season he ended up in Seattle and played in a career high 44 games for the Sonics.  He'd then move on to play for the Celtics.  He was first signed October 8th in 1992 but then waived November 26th, only to be brought back on December 2nd by the C's.  He'd play 7 games for them that season which was the last season for Reggie Lewis (and the first for one, Shaquille O'Neal).

It's embarrassing for me to admit not remembering Bart at all since he played for the Celtics fairly recently.  But I never saw him play during his career.  A true testament to his love for the game is exemplified in how he was waived by the Jazz in January of 1989 and then signed by the Warriors in October of 1990.  I'm not sure if he played overseas or was injured during that stretch but anytime a player can make it back to the NBA after they've been away is a result of how dedicated they are as a player (see Anthony Carter on that one).  Face it: NBA owners will always stock their team with either legit stars or young players with potential (just ask Bryant Stith who astutely pointed this out during his career).  A guy who is 28 and is better than most 21 year olds in the league just doesn't have a spot. It's a shame that the NBA has evolved into that but it is what it is. 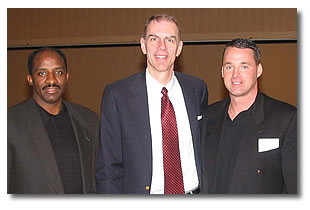 Today, in the likeness of Andrew DeClerq who has given a lot of his time to his faith, Bart is part of the 2X Salt Ministry in Charlotte, NC.  He apparently started the endeavor along with David Thompson and Bobby Jones.  They even made a video that you absolutely have to watch:

It's incredible how guys like Thompson and Jones (who were both big-time players) teamed up with the relatively obscure Kofoed for something like this.  Here's a little bit about their organization:

Inspired by scripture (Matthew 5:13-16 and Matthew 25:40) to be salt and light in the world and to help those in need, 2xSalt aims all we do toward exalting the Lord. 2XSALT is serving in some of the most challenged communities in Charlotte, busy breaking down cultural, race, social and economic barriers and building bridges between diverse people and communities through the Gospel. We use sports, discipleship, church and other ministries to share God’s word and bring God’s people together.

Congrats to Bart for making a positive contribution to society!