$10 Parking for a Practice? 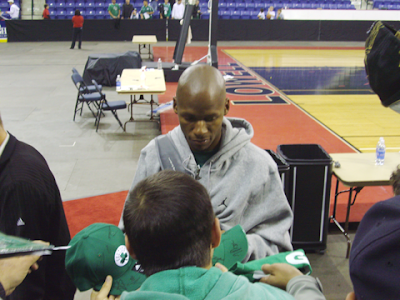 We talkin about practice here. Not a game. Practice. We talkin about Lowell, not Boston. For a practice?... So despite my driving and navigation skills and getting to today's practice super late, I was able to check out the C's running some light drills, signing some autographs, tossing some shirts, etc. Just from my vantage point, I'd have to say that Doc, Scal, and Baby were the most engaging with the fans, but then again I was late. Ha. Doc gave me a pound and made me do some sprints (well one of the two). I took some pics, which aren't the best quality, but figured I'd share anyway. (more pics after the jump) 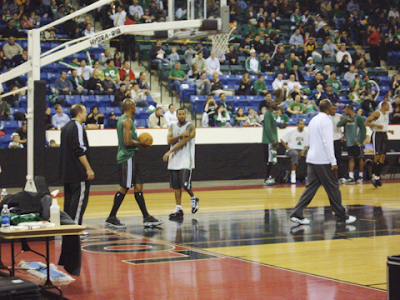 Eddie showing off his CelticsLife tat 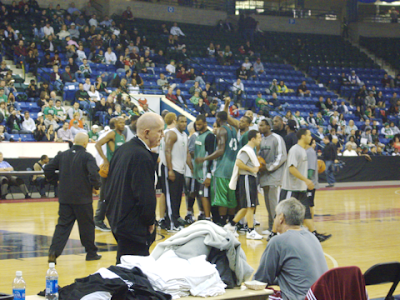 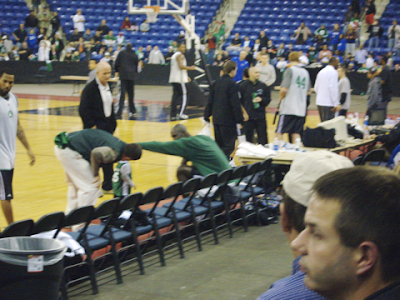 KG saying what's up to a Little KG 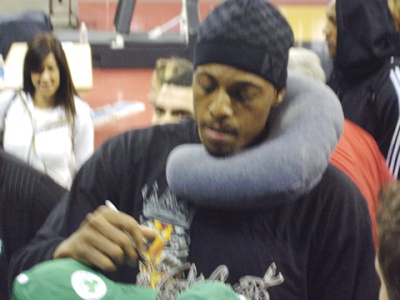 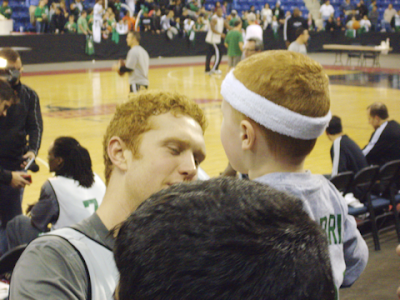 Scal signing Karl Dillinger? Actually the father of this kid basically threw him down three rows for Scal to sign his shirt. Scal was telling him it would be easier just to throw the shirt down. 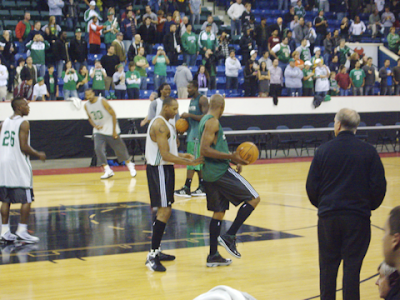 Ray showing Giddens some moves (possibly salsa not basketball ones, but moves nonetheless) 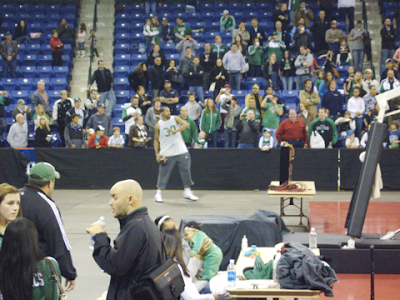 'Sheed and Rondo each took some turns at quarterback 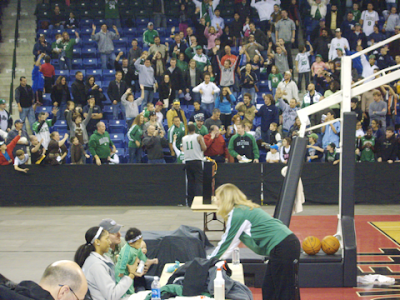 Baby working the T-shirt beggars WWE style in the background. Candace Parker and her and Shelden's  future baller in the foreground. 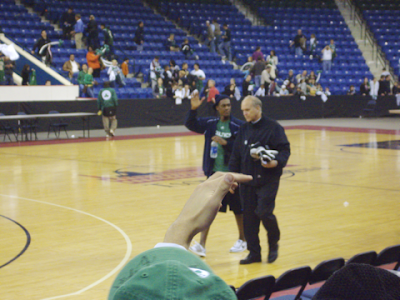 Rondo waving to all the CelticsLife fans as he exits