Can the Celtics hold off the Nets from the No.1 spot? 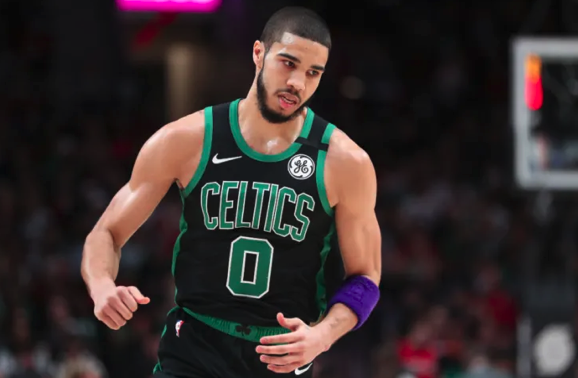 Following their loss to the Boston Celtics in early December, the Brooklyn Nets botched a chance to secure the No. 1 spot on the Eastern Conference’s rankings. This marked the eighth consecutive loss to the Celtics - and if that wasn’t disappointing enough, the 92 points scored were their worst offensive yield for this season as well.

For Celtics fans, placing legal bets via online sportsbooks is still not an option but the state is expected to go live by mid March. Soon, bettors will be able to make use of the BetMGM Massachusetts bonus code once sports betting goes live in the state and fade the Nets if they continue this losing streak. Nets coach Jacque Vaughn commented on the team’s performance, admitting that there’s definitely work to be done on their end.

“A little bit more consistency,” he admitted. “Great third quarter. Started out giving ‘em too much at the beginning of the game. So the consistency and the turnovers, a couple of second-chance points where kick-out for threes, that’s us not capitalizing in transition. Also, we had plenty of opportunities in the first quarter. A little bit of everything. But that team had 103 points and we didn’t play our best.”

Kevin Durant, Nets star, also offered comments on his opponent’s execution during the match. “They’re a big team, they shoot the ball well, they have good length and so you got to match that if you want to be able to compete. We don’t have a big margin for error. They can play,” he pointed out. “They had 13 points in the third and were still in good shape. You make up for that with your shooting and your length, and they got a lot over there.”

Durant managed to score 31 points however, he also had 8 turnovers, which the Celtics were more than ready to capitalize on. Kyrie Irving only managed 18 points, a far cry from his season average of 26 points. Kyrie admitted that the Celtics' defense mechanisms usually force their hands.

“It’s the same defensive principles, I see,” said Irving. “They sell out on our drives and make us pass. So crowd the paint.”

On the Celtics side of things, Jaylen Brown blew past both Brooklyn icons to score a total of 34 points. Durant even raved about how great he performed that night, saying Brown was “just being special. That’s who he is. That’s the kind of player he’s been this season. Knocking down tough shots, being a scorer for them at all three levels. Got to give him credit.”

Jason Tatum, though disappointed with his own performance, was able to score 29 points.

“I’m just glad we won. Nine turnovers? That’s ridiculous. And some of them, I was just throwing that [expletive] out of bounds. The ball was kind of slippery. The one I threw to Al to the corner and he shot it.. that [expletive] went to the air. But I mean there’s no excuse,” he said.

Although both teams were generally shooting the same, the turnovers are what really made the game. The Nets scored 13 points off six steals, whereas the Celtics generated 26 points off of 11 steals. Initially, the Nets had a great start leading the game with an 11-2 run, but the Celtics soon took over. By halftime, they were leading with a 62-50 score, thanks to Tatum singling out the Net’s weakest defenders. Durant dominated the third quarter, significantly reducing the Celtics' lead, however, in the fourth quarter, Celtics' defense really began to blossom. Durant became the new target, and soon his turnovers accumulated, causing the Celtics to pull ahead even more. The game ended, leaving the scoreboard at 103-92, and the Nets thinking of different strategies they can use at the next game. Irving definitely considers the Celtics worthy competitors, as he revealed at the end of the match.

“I wouldn’t call it trouble,” he acknowledged. “It comes down to wins or losses, not troubles. It’s all competition. They’re a good team so you got to give them credit.”

The Celtics have proven (nine straight times now) that they are able to hold their own against the Nets. Thanks to their recent victory, this places the Celtics at the No. 1 spot in the Eastern Conference standings, leading with 29 wins to 12 losses. Their defense is also ranked one of the best in the league. Although, as Irving rightly said, it all comes down to wins and losses to advance to the playoffs, the Nets will still need to put in quite a bit of work if they hope to steal the No. 1 spot.