Shams Charania reported on Tuesday that San Antonio Spurs starting center Jacob Poeltl "has gained significant trade interest from teams such as the Toronto Raptors and Boston Celtics, according to league sources." The Spurs are reportedly asking for two first round picks for the soon to be free agent big man.

So in terms of talent for a run for the title this season, Poeltl would no doubt help the cause, assuming you were "only" parting with draft picks and let's say Danilo Gallinari's contract. But as good as Poeltl is he is not a modern big with the ability to stretch the floor, nor is he a rim protector.

You couldn't play him next to Robert Williams, so he would be Time Lord's back-up and would fill in during the games he was out. Presumably if you were giving up a first round pick for Poeltl, you'd also want to retain him past this season. He would likely cost more than Grant Williams was asking for and I don't forsee the Celtics retaining both (Poeltl and Grant).

With the Celtics agreeing to a contract extension with Al Horford, I'm not sure Poeltl would enjoy the rather extreme minutes reduction playing for the Celtics would entail. Maybe the Celtics are doing the Spurs a solid by pretending to be interested to help drive the cost up for the Raptors? I don't know. The fit just seems a bit odd for Poeltl in Boston. 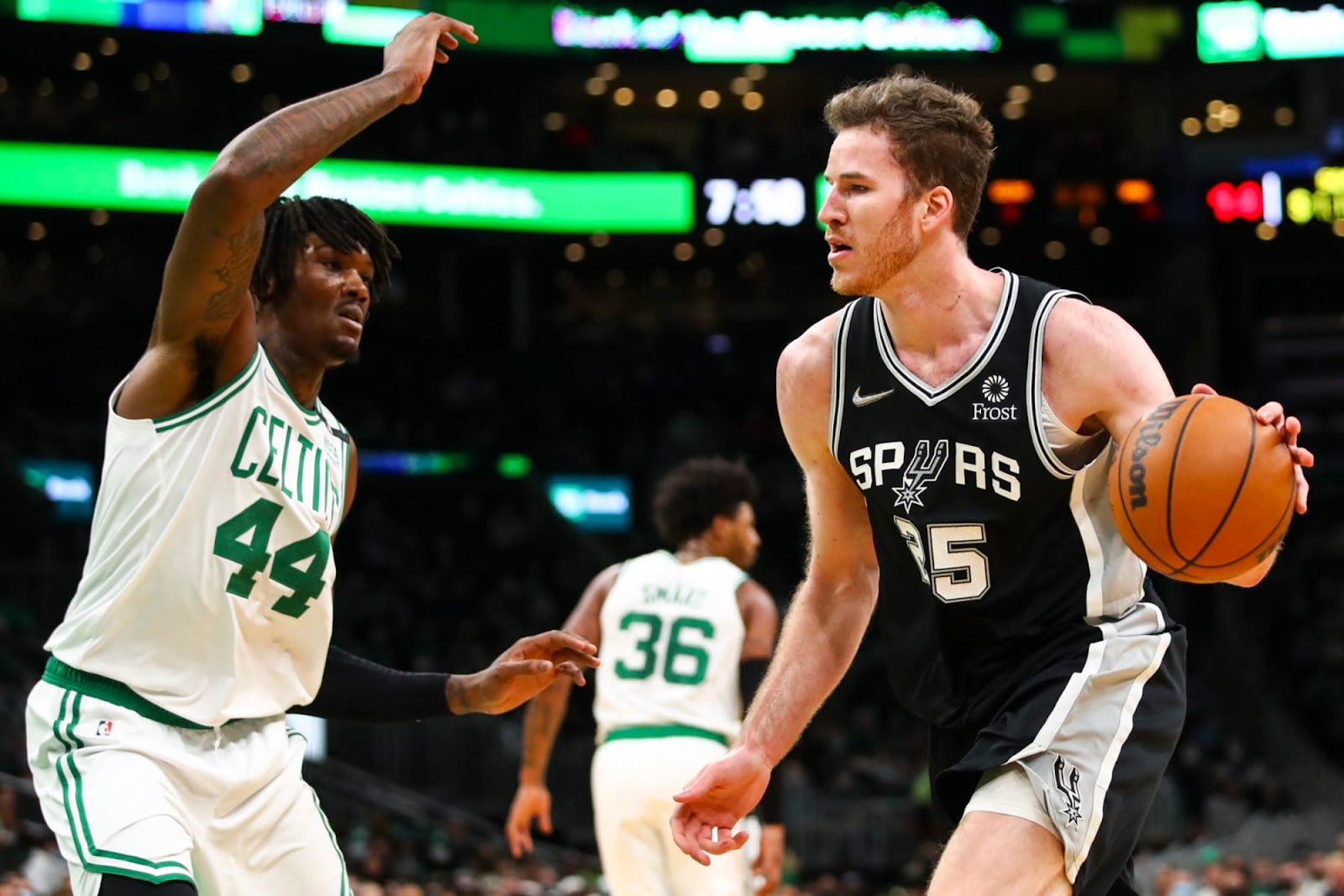