Here's why the Celtics should NOT trade Payton Pritchard 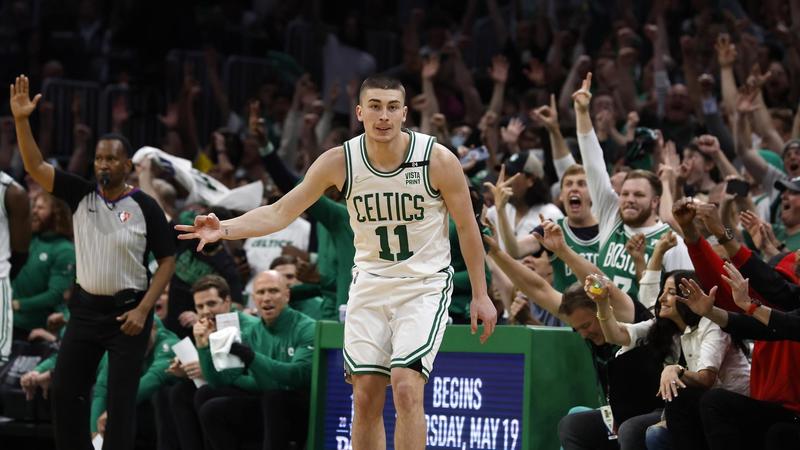 Unsurprisingly NBA teams are looking to trade for Celtics third year guard Payton Pritchard. I don't blame them. He's a very solid guard who fits ideally in the modern NBA. According to Brian Robb, playoff teams are after him.

“Payton Pritchard’s lack of consistent playing time in the Celtics rotation has unsurprisingly led to a number of playoff teams inquiring about the availability of the reserve guard including the defending champion Golden State Warriors, league sources tell MassLive."

You may be thinking that Pritchard is a luxury we don't necessarily need and we could trade him for a more complimentary piece, but here's the rub: You're not going to get a lot of value back in a trade and for that reason, you might as well just keep Pritchard.

My point is teams are going to try and acquire Pritchard for the value of like a 3rd or 4th string guard, because that's what he is right now in the rotation. Pritchard is better than that. The only reason he doesn't play more is because Brad Stevens traded for both Derrick White and Malcolm Brogdon and they block him.

Fans tend to want to trade the players that are glued to the bench or playing poorly and not the ones that are playing a lot and there value is up. That's the nature of the beast. But trading Pritchard right now has the potential to end up a very dumb long term move, with little win now incentive.

And you never know when a guard will get hurt. Jaylen's injury gave Pritchard some daylight off the bench. An injury to one of Smart, Brogdon, or White would do the same.

I'd prefer the Celtics to keep Pritchard long term, because I've always felt that if he got consistent minutes in the 20's he'd be a very solid rotation piece, but I'm not against moving him down the road. I just believe that now is the wrong time. Plus seeing Pritchard burn us in the playoffs on another team would be a tough pill to swallow.

Yes, Pritchard is a bit of luxury with our roster right now, but championship teams tend to have luxuries. And since we are trying to win Banner 18 this year, I say keep the luxury.