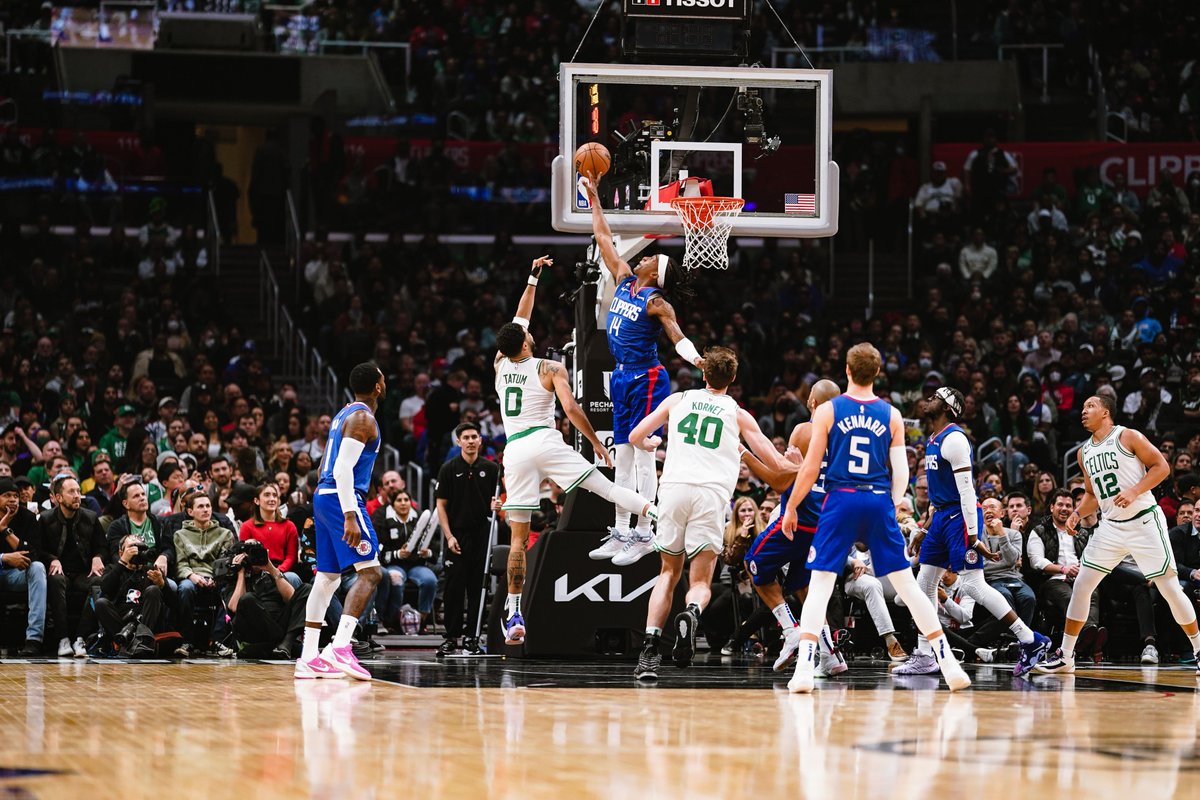 Well that was no fun. Kawhi Leonard and Paul George bested the Jay's and the Clippers did the same to the Celtics Monday night in L.A. Boston lost its second straight game. This one by a score of 113 to 93. Not only is it the second straight loss for a Celtics team that was cruising, but both have been rather ugly.

This was also the first game of the season that the Celtics high powered offense failed to reach 100 points. Their shooting splits of 43/23/69 were the reason. The Celtics were also very generous to the Clippers as they committed an unimpressive 15 turnovers.

Here's Jaylen Brown sharing the generosity with the Clippers' fans as well:

The Celtics will be right back at it in this same building tonight when they'll face LeBron James, Anthony Davis, and the Lakers.

A moment of silence was observed prior to Clippers-Celtics tonight in memory of Paul Silas. The crowd applauded afterwards for the former Celtic and Clipper. pic.twitter.com/guJpM58z6A

We put in a lot of work to stay up for this game Celtics, and this is how you repay us? pic.twitter.com/1zfj2VzA2j

Mazzulla finally pulls his starters with 3:16 left. Said in Phoenix that he doesn't know why he leaves some of his guys in, but he's gotta start figuring out when to throw in the towel. #Celtics #Clippers

Tonight the Celtics will respond by