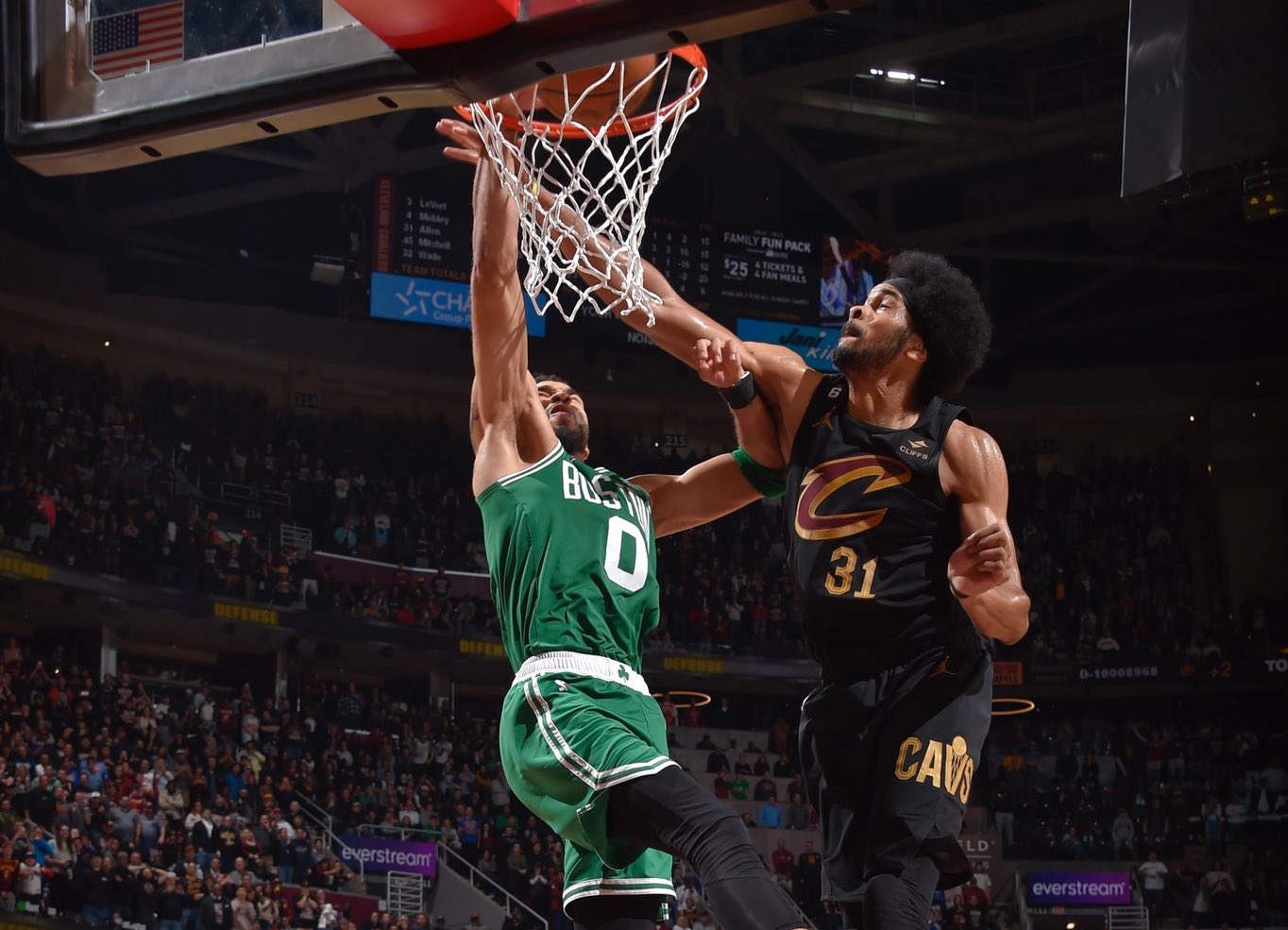 For the second time in a week the Celtics fell short in a match-up with one of the better teams in the Eastern Conference, the Cleveland Cavaliers. And just like on last Friday the Celtics lost on overtime.

Momentum was on the Celtics side when Jayson Tatum ended regualation with this exciting play:

But in the end the Cavs prevailed by a final of 114 to 113. Darius Garland led the Cavs with a monster night of 29 points, 12 assists, 5 rebounds, and 3 steals, while Donovan Mitchell pitched in with 25 points.

Joe Mazzulla breaks down the last play of overtime and the Celtics loss to the Cavs pic.twitter.com/7Evwi6Kw00

Jaylen Brown and Jayson Tatum led the Celtics with 30 and 26 points respectively in the loss. Tatum especially had a stellar all around game adding 12 rebounds, 6 assists, and 4 blocks. The Cavs front line was much too big for the Celtics who miss Robert Williams tremendously. Unlike late last season and playoffs, Boston doen't have Daniel Theis to plug in.

Mazzulla didn't even play Noah Vonleh or Blake Griffin tonight. Might be time to call up Kabengele from Maine. The Celtics really should have either used their MLE on a legit big (not a defensive sieve and oft injured Gallinari) or if not, then used the Fournier TPE on one.

Or promote Kabengele. Need another big man, like yesterday. pic.twitter.com/shXBM8K6kL

Al Horford was forced to play 40 minutes on the night. The 36 year old veteran won't last a full season and playoffs if he's forced to carry the full load in the paint.

The 4-3 Celtics get another shot at revenge when they host the Chicago Bulls Friday night. Tonight was the Cavs 6th straight win.