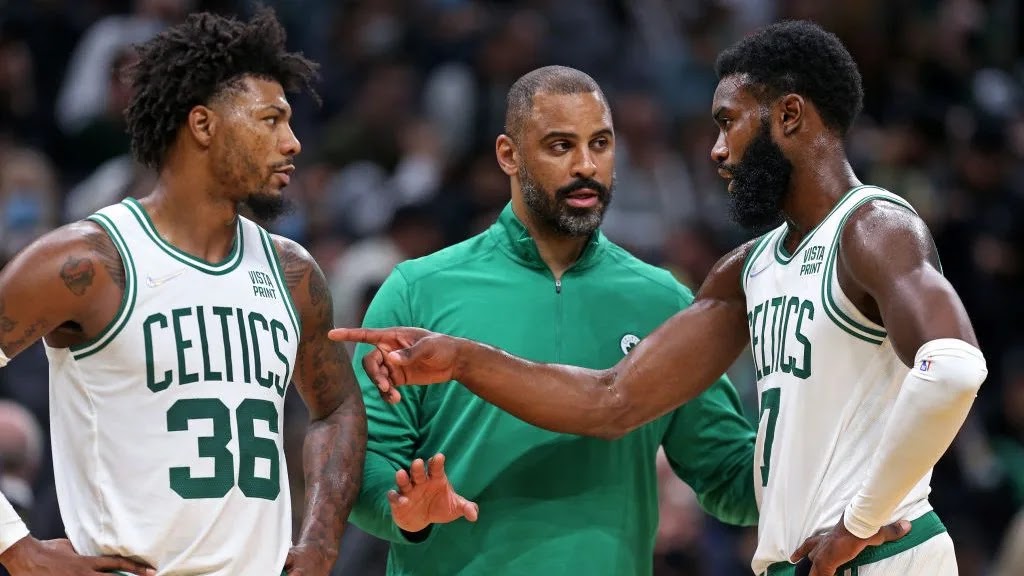 Celtics players were surprised to see the news that Ime Udoka would be replacing Steve Nash six games into the Brooklyn Nets. According to Marcus Smart, the players thought that Udoka's suspension was just that, a suspension.

“From what we know and were told, it was just a suspension. We didn’t know he was leaving to go coach somebody else,” Smart said. “We thought they just suspended him for the year and he’d be back. That’s why it’s confusing. We weren’t told too much about it.”

“I don’t think you’ll ever get a straight answer about what’s really going on because there’s only so much they can say and that they know,” Smart said. “You can ask, but I don’t think it’s going to change anything, help anything. I think asking is just to express how you feel, whatever you feel, off your chest. But really that’s it. I don’t think it’ll change or affect any outcome. They made their decision.”

Jaylen Brown was happy to see Udoka get another shot, but had hoped it would be in Boston.

It would’ve been awesome if we could’ve figured out a way for it to be with us, but I guess that wasn’t the case,” Brown said. “I’m just happy to see a Black head coach end up back on his feet because I’ve seen situations where something like this might not have been the case.”

With the firing of Steve Nash and the promtion of Jacque Vaughn to interim head coach (until contract negotiations with Ime Udoka are complete) more than half of NBA head coaches are now Black. 16 of 30.

The Celtics offense has looked great under Mazzulla, while the defense has been disappointing. It's still very early in the season, so no reason to take too much from either facts.

If the Celtics had known about that they were going to suspend Udoka earlier in the summer, it is not known whether they would have gone with Mazzulla or the team's lead assistant last season Will Hardy.

Danny Ainge and the Jazz poached Hardy from the Celtics this offseason, and despite trading their two stars, Donovan Mitchell and Rudy Gobert, in a tear down, they are off to an impressive 6-2 start out west. The Celtics currently stand at 4-2.