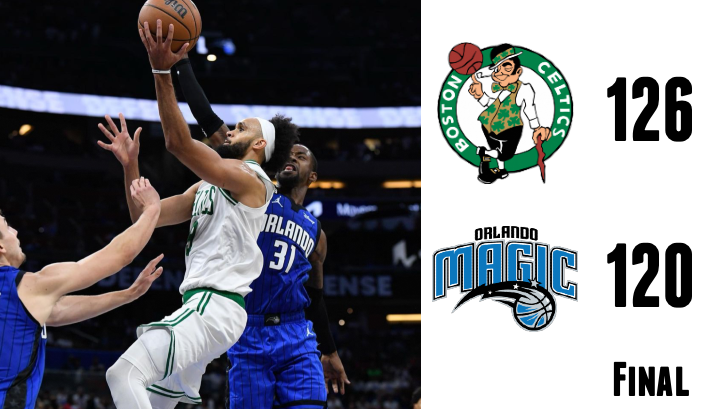 Jayson Tatum continued his hot start pouring in 40 points, while Derrick White finished with 27 points of his own. The Magic stuck with Boston for the entire 48 minutes, but the more veteran Celtics persevered down the stretch.

The Celtics played this game without Al Horford as they decided to rest him on the 2nd half of this weekend's back to back.

Tatum looks absolutely unbelievable. Second night of a back to back and he torched Orlando for 2+ hours on both ends. He talked the talk preseason about being hardened from the Finals and he’s backed it up 3 games in a row. Has “The Look” as Mike Lombardi would say.

"If we're trying to get back to where we want to be, we got to be way better than this."

Jayson Tatum caught up with @tvabby after 126-120 win over #Magic #bleedgreen💚 pic.twitter.com/ya9SyjehOd

The Celtics will complete their early season 3 game road trip against the Bulls in Chicago Monday night.