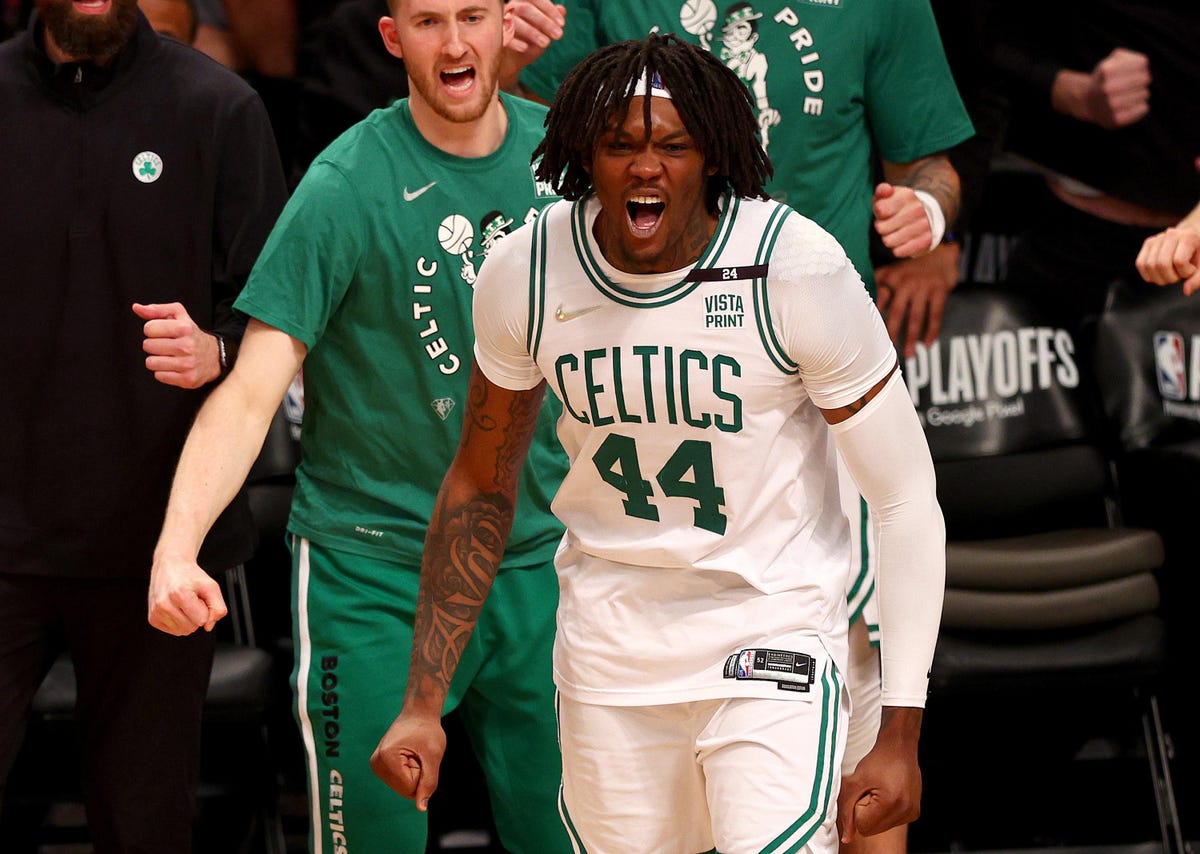 Things we learned from Brad Stevens today:
-Timetable for Robert Williams to return has not been extended as reported & remains 8-12 weeks.
-The players are allowed to speak to Ime Udoka during his suspension.
-Would not answer whether or not Ime's suspension is unpaid. #Celtics

Danny Ainge was on Toucher and Rich Thursday morning and refuted the Shams Charania report that the Celtics are hopeful that Robert Williams will return in the 2nd half of the season According to the 8-12 week timeline, Williams is scheduled to return shortly before the end of the 1st half of the season.

This could also be a bit of a semantics issue as Williams could return to practice by 12 weeks, but the team might be extra cautious and not play him in a game til the 2nd half. The scariest part from the Shams report was the "hopeful" qualifier. Made it sound like it was no sure thing that Time Lord would even play this season. Stevens thankfully put that to rest.

Truth be told, if the Celtics decide to keep Williams out longer than 12 weeks, not much is gained by them announcing it now. Any Time Lord action in this season's first half should be looked as gravy by Celtics fans. Eventually Williams will need to show he can play a full 82 game season and playoffs, but this year won't be that time.

Brad Stevens on @Toucherandrich on Robert Williams timeline: “No one’s told me it’s been moved back.”