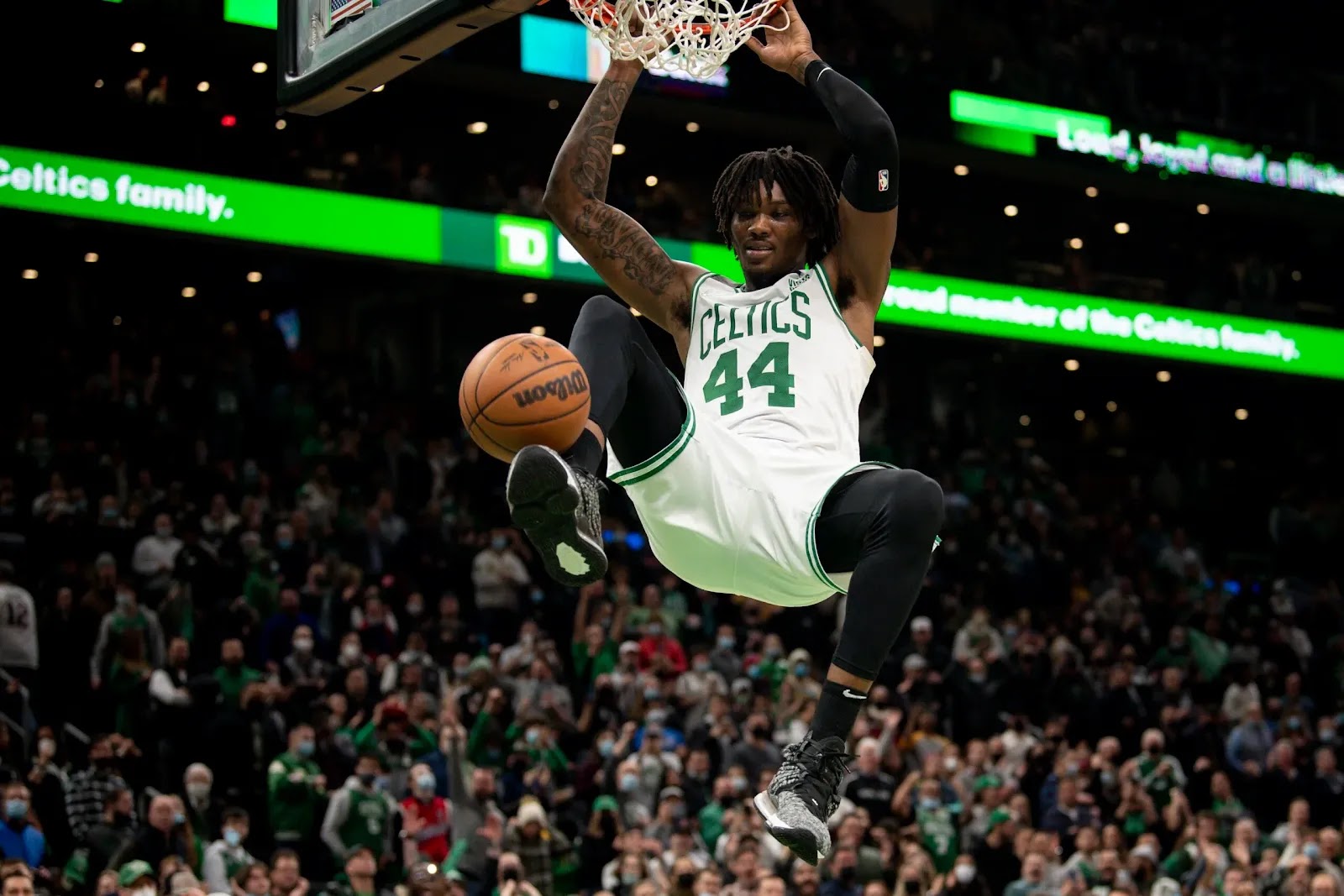 Robert Williams is an electric player on the basketball court... when he plays that is. Injuries have been his greatest obstacle in the NBA so far. According to the Athletic’s Shams Charania, Robert Williams recently received a platelet-rich plasma injection in his surgically repaired knee. But the bigger news was Charania using the term "second half of the season" multiple times in this report. And Shams added "hopefully" to make it even more ominous.

Shams says Robert Williams will hopefully come back 2nd half of the season, had injection in knee pic.twitter.com/jrgVkcNzD1

Williams ended up getting part of his meniscus removed as opposed to having it repaired last spring. That option allows a player to return to the court much quicker, but long term tends to cause issues (bone on bone). Williams did return to the Celtics for the playoffs, but also missed some of those games due to knee soreness.

Right before training camp was about to start we got news that Williams would be receiving another surgery on his knee, a "clean-up" surgery. Then during camp his timeline for a return was as I wrote earlier doubled.

Shams seems to be opening up the possibility that Williams might not play this season with his "hopeful" to return in the 2nd half statement. The Celtics for their part haven't updated their previous timetable for Time Lord's return.