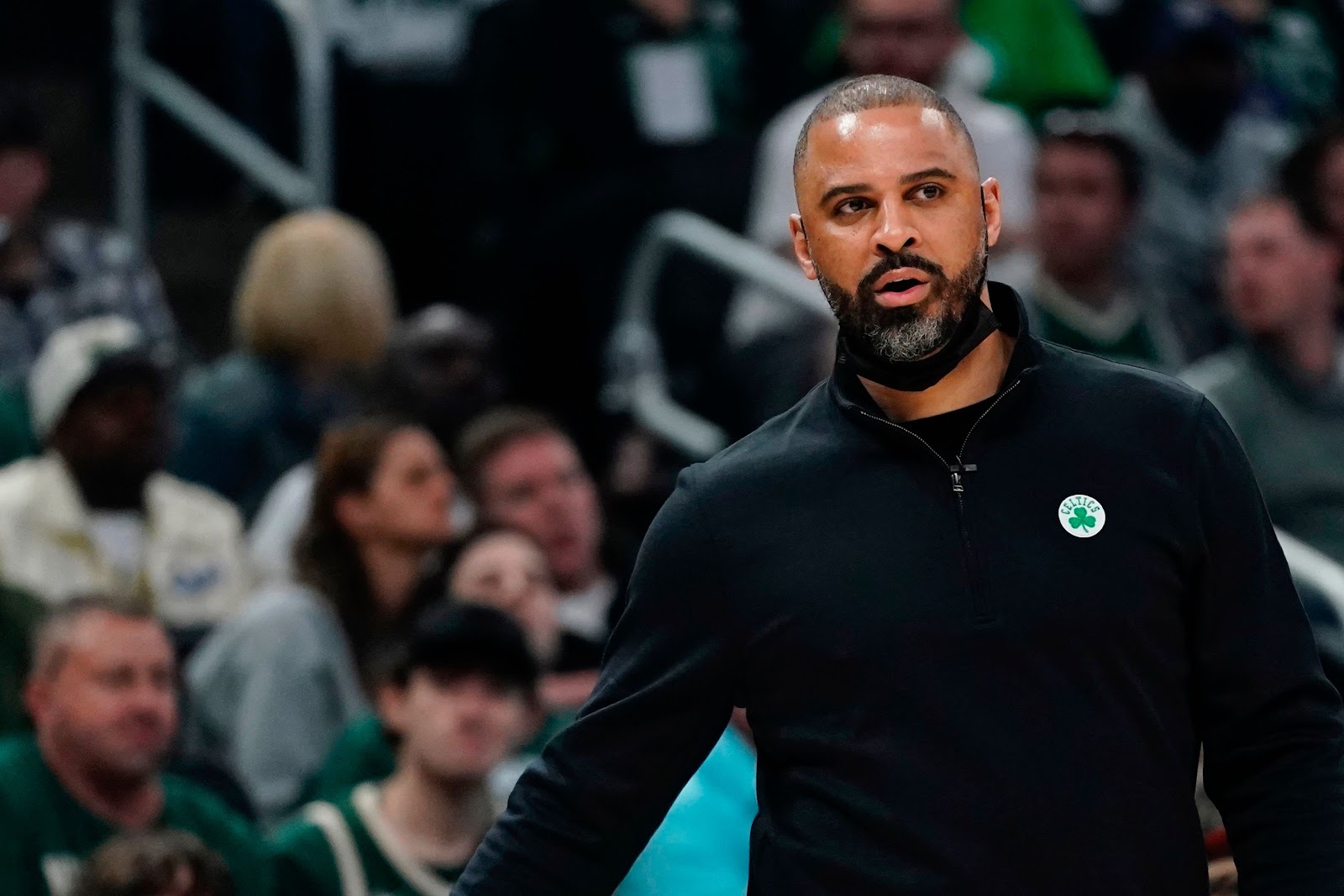 I figured there were more details that were going to drop that made the year suspension make more sense and they have via Shams Charania's latest late night piece on Ime Udoka.

Some members of the Celtics organization first became aware of the relationship in July, source said. At the time, team leadership was led to believe by both parties that the relationship was consensual. But sources said that the woman recently accused Udoka of making unwanted comments toward her — leading the team to launch a set of internal interviews.”

So according to Shams sources, Ime Udoka had an opportunity to escape any punishment in July, but made unwanted comments toward the female Celtics staffer, which would be next level dumb. Considering that Udoka's statement Thursday night apologizing made no mention of him claiming to be innocent of any accusations, one could surmise this report is true. Then again, Udoka or his agent could at some time today refute the accusation.

But even if he does, it becomes a he said, she said situation and who to believe in a charge of sexual harassment. The Celtics apparently believed the alleged victim, and considering that Udoka previously had broken the code of conduct with the team by engaging in the relationship, they weren't keen to die on some hill of calling her a liar. And again, for all we know Udoka admitted to making the alleged unwanted comments.

According to Charania the Celtics had a long closed door meeting which included the team's owners as well as President of Basketball Operations, Brad Stevens yesterday where they decided on the significant punishment for Udoka.

Stevens and other members of the front office then broke the news to the team's players at the team facility. To their credit, the players didn't leak anything.