It's official, Ime Udoka suspended for a season (at least) 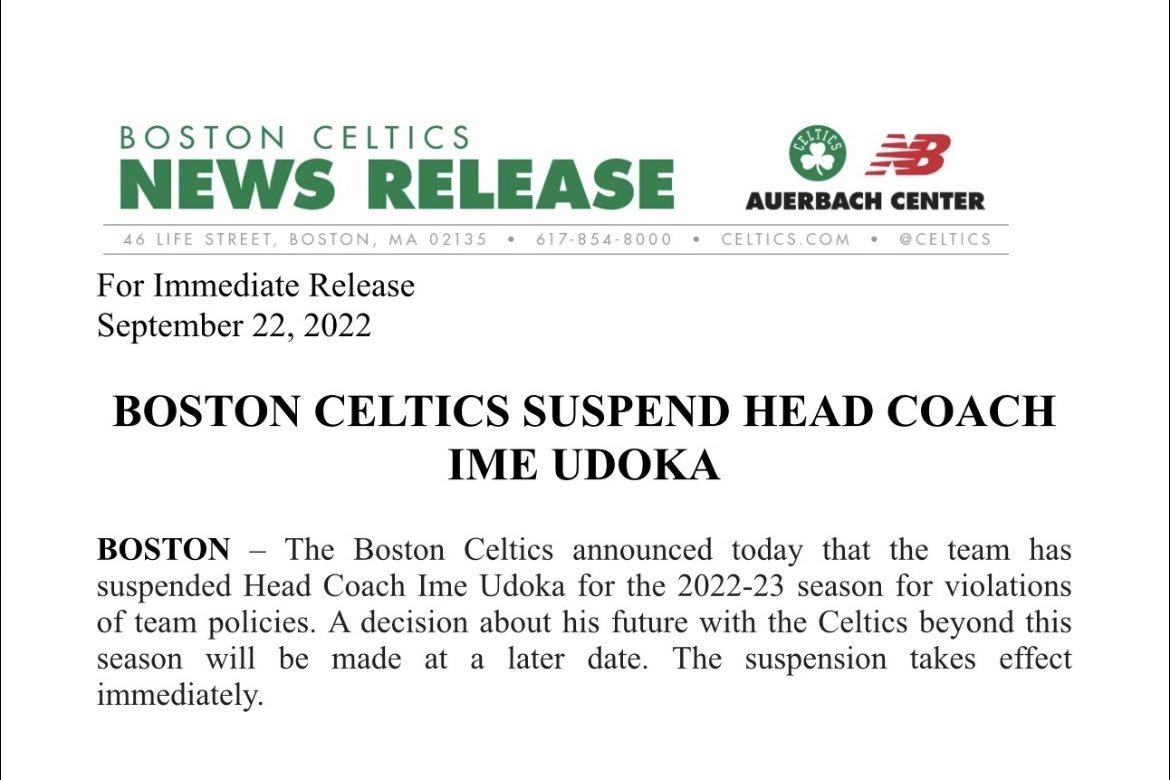 This appears to be all that we are getting from the Celtics at this point. A short, to the point, press release. In my opinion, I still believe that Udoka has coached his last game with the Celtics. The reigns will be handed over to 34 year old former assistant coach Joe Mazzulla.

Does it mean anything that the Celtics press release included the word “violations” plural and not singular? 🤷‍♂️

In its release, team says "a decision about [Udoka's] future with the Celtics beyond this season will be made at a later date."

In conversations with the team, there were no guarantees made to Udoka that he would be brought back after the suspension, a source told @SInow.

📽 Who is This? Joe Mazzulla is the NEW Boston Celtics Interim Head Coach Reaction https://t.co/WqJx6acW39 pic.twitter.com/jPOWocJFaT