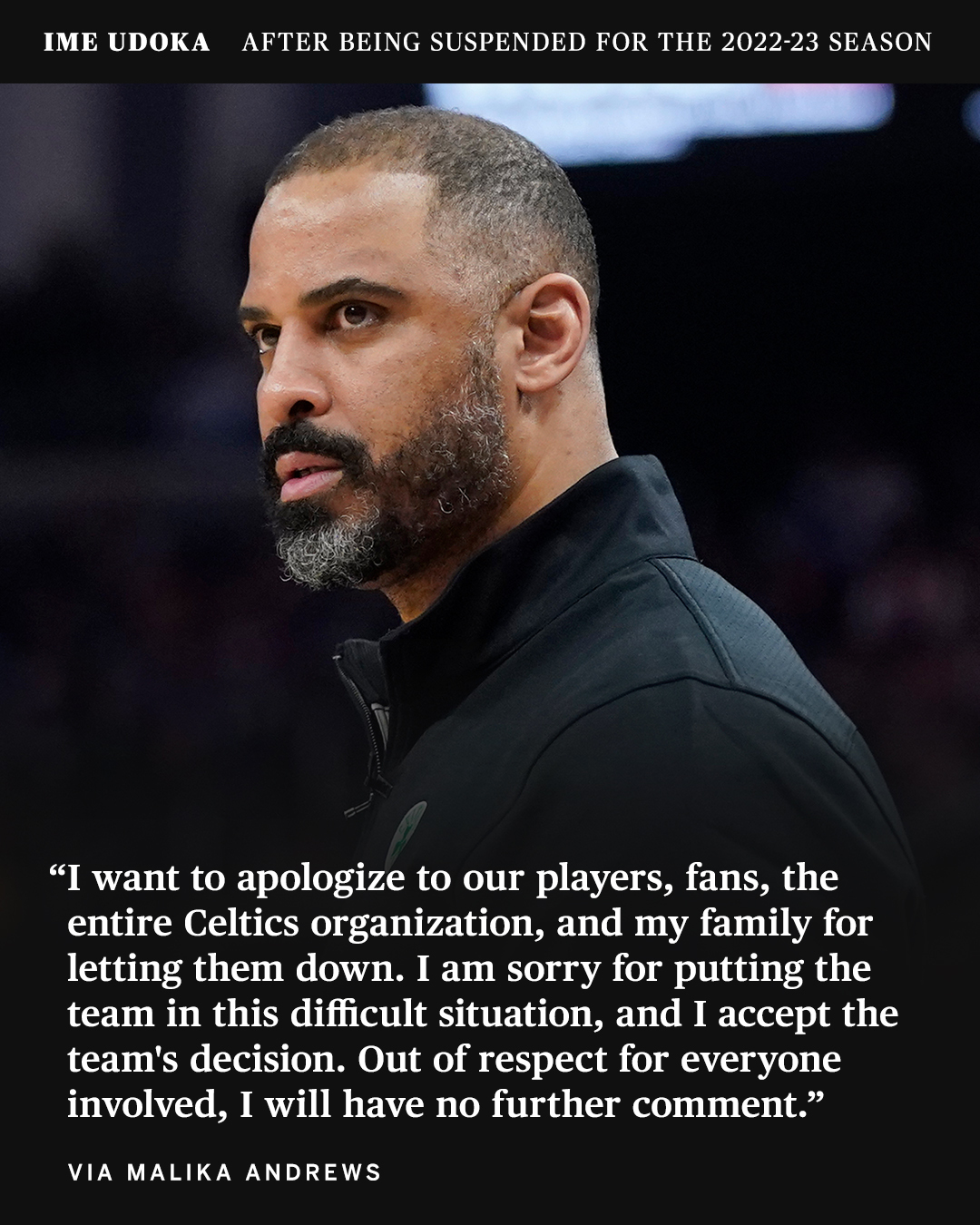 The Boston Celtics have officially suspended Ime Udoka for a season (at least). They did it via a short press release. Ime Udoka has commented on the suspension/situation by apologizing to his players, Celtics fans, the Celtics organization, and his family.

"I want to apologize to our players, fans, the entire Celtics organization, and my family for letting them down. I am sorry for putting the team in this difficult situation, and I accept the team's decision."

It's official, Udoka suspended for a season (at least) https://t.co/PPzcwCaU5H

Celtics head coach Ime Udoka issued this statement after the announcement of his suspension for the 2022-23 season.

Woj on SportsCenter said he could see Udoka coaching another team as soon as this season.

Why do I feel like he will end up coaching Durant after all, but in Brooklyn following a mid season firing of Nash?