Danilo Gallinari has torn ACL, likely out for season 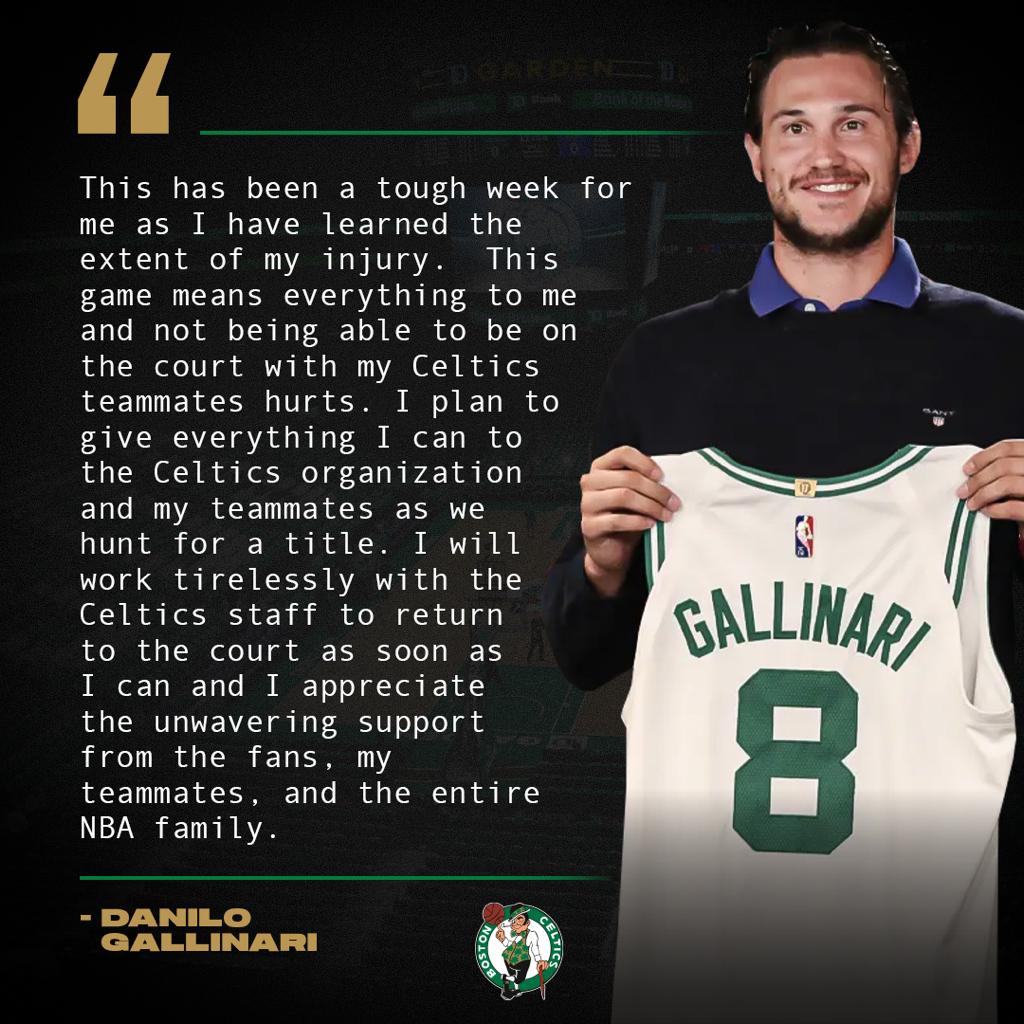 #NEBHInjuryReport Danilo Gallinari has been diagnosed with a torn ACL in his left knee. Gallinari sustained the injury while playing for his home nation of Italy in a FIBA World Cup qualifier against Georgia on August 27. Further updates will be provided as appropriate.

We previously feared that Danilo Gallinari's knee injury would sideline him for up to an entire season, due to his age and previous knee injury history. Turns out it's even worse as the Celtics have announced Gallinari tore his ACL. He is likely out for the season, but potentially could return for the playoffs.

After receiving further evaluation, Boston’s Danilo Gallinari has been diagnosed with a torn ACL in his left knee, per sources. This is the same ACL that Gallinari tore in 2013.

The Celtics' interest in Carmelo Anthony will now likely increase. Anthony over the past three seasons has 3-point shooting percentages of 39%, 41%, and 38%, which is more or less on par with Gallinari (41/41/38). 'Melo wasn't going to sign to play a couple months and then ride the pine, but with Gallo likely out for the year he's the ideal replacement. He's become a a very solid 3 point marksman.

#Celtics officially announce Danilo Gallinari’s torn ACL, which is likely to cost him at least the regular season. Do the #Celtics now pursue this guy? pic.twitter.com/ALlMCwMujC