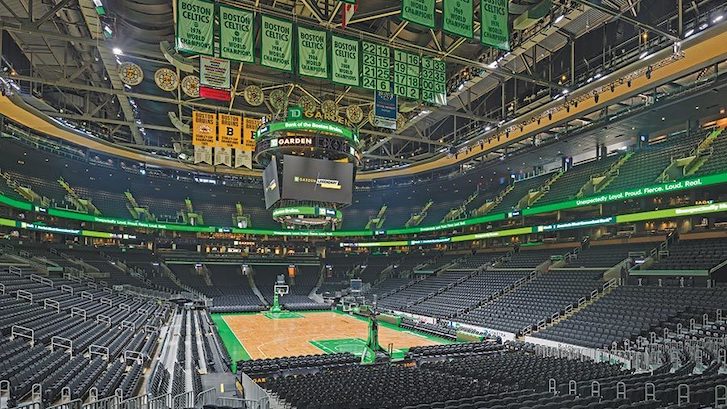 The Boston Celtics are one of the most successful NBA teams tying with the LA Lakers for the most NBA championships. Both teams have won the title 17 times. Who can forget such a glorious era for any sports team in history? From 1960 to 1969, the Celtics won nine seasons out of ten.

It was sheer dominance by them during that time. The team was unstoppable under the management of Red Auerbach. With Bill Russell in the center, John Havlicek at the guard-forward, Bob Cousy at point guard, Tommy Heinsohn at forward, Sam Jones, and Tom Sanders, the Celtics were intimidating and controlled the league.

All of them were deservingly inducted into the Hall of Fame. The legacy was then continued by the Big Three; Larry Bird, Kevin McHale, and Robert Parish. They led the Celtics to win three championships in 1981, 1984, and 1986.

The team was founded by Walter Brown in 1946. It was one of the earliest teams in the NBA. The Celtics have done wonderfully well to be one of the top American professional teams. They have built a brand that resonates with the fans.

The FleetCenter is now known as the TD Banknorth Garden. A 20-year agreement was reached with arena owner Delaware North Cos. in order to name the Boston Celtics' home after the company. As soon as financial terms were published, it was revealed that TD Banknorth pays between $5 million and $6 million annually.

Celtics and Vista have partnered up to help and influence small businesses in the community. They are committed to spending $1 million on the promotion of such ventures. Vista promotes local enterprises in home matches of the Celtics, helping them increase their reach.

The Boston Celtics have also joined hands with General Electric in a multi-year deal. Under this partnership, the Celtics receive exclusive data and analytics. Plus, insights and expertise across data science. Player performance, injury prevention, and business efficiency have all been improved because of this deal. The Celtics use GE technology in their state-of-the-art Auerbach Center. The marketing portfolio of the Celtics elevated as GE helped them with digital media content and worked on their fan engagement, promotions, and visible signage. To improve their digital presence, the Celtics have also signed a partnership with socio. It works on the brand image of the team.

The Celtics and Cintron partnered up in another deal to help the community. In addition to sponsoring the Shamrock Foundation Gala, Cintron also sponsors Celtics events across the community. All Celtics home games also feature Cintron in the Putnam Club at TD Garden.

The Celtics and Vistaprint are working together to uplift small businesses. They have a multi-year contract in which Vistaprint is the exclusive marketing and design partner. The NBA Finals have provided Vistaprint with a perfect opportunity to advertise local New England businesses.

It's helpful for the community to be in the spotlight and increase their share of the market by being advertised to an average of 12 million viewers during the NBA finals. In the quest for expanding brand value, the Celtics use fantasy sports as a platform to stay close with their fans. It has attracted fans to online betting.