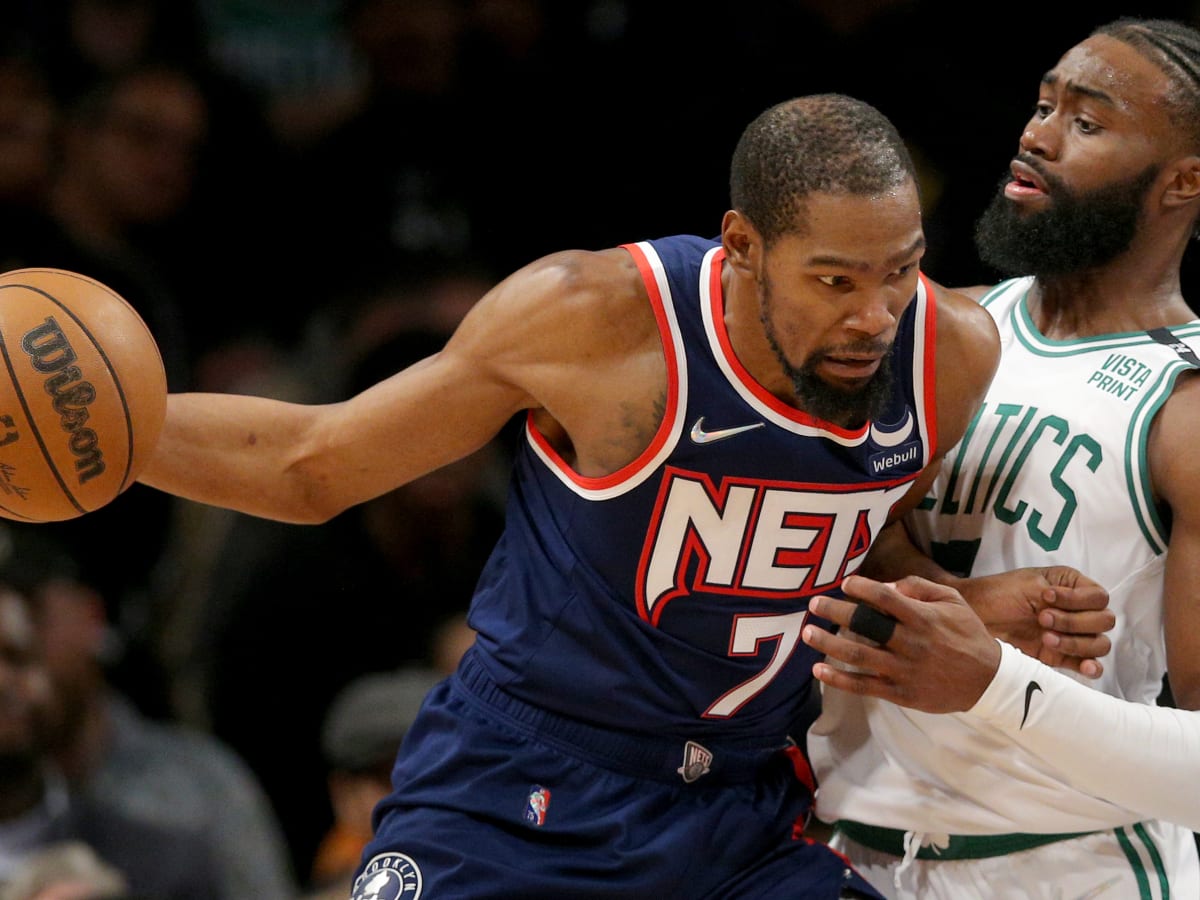 Tired of hearing about a potential Kevin Durant to the Boston Celtics trade? Well the rumor won't go away until Durant is finally traded. With each day that passes the situation in Brooklyn becomes less repairable and it's only a question of when Durant will be traded.

The Nets understand that Kevin Durant will continue to be resolute in his stance of a trade request.

The Celtics reportedly offered the Nets Jaylen Brown, Derrick White, and a 1st round pick for Durant, which the Nets turned down. Brooklyn, according to Shams Charania, countered with an asking price of Jaylen Brown, Marcus Smart, additional first round picks, and another rotation player.

Reality is that if a trade was to be completed Boston would now have to trade more than the Jaylen/White/1st round pick offer. To me that's a major overpay for a 34 year old star player who comes with quite the baggage (and injury history).

This week we also learned that both Kevin Durant and Kyrie Irving are not fans of their GM Sean Marks, nor their coach Steve Nash. Pretty sure they chose Nash to be their coach and forced Marks to make the moves (like trading for James Harden, signing their friend DeAndre Jordan, etc) that created this mess. There's also a rumor that Durant gave the Nets an ultimatum to fire them both or trade him.

As long as the Celtics offer to the Nets remains the best one they've received, this Jaylen Brown rumor isn't going away, no matter if you or I want it to or not.