If you wanted to add to this Celtics team the absolutely perfect piece, he would be a playmaker, the same age as the Jay's, have the size to switch on defense, and be on a team friendly deal. That piece is reportedly actually available, and for what seems like a very fair price.

The Derrick White trade also came out of the blue. Brad Stevens is definitely running a tight ship in terms of leaks. Dejounte Murray is on a very team friendly deal for the next two season and fits into the Evan Fournier TPE. According to Jake Fischer the asking price for Murray is reportedly 3 first round picks.

Report: 3 1st-round picks is the ‘benchmark’ in a Dejounte Murray trade https://t.co/WNT23taRpb

Now I'm not someone who undervalues first round picks. For years I've been stating that fans seriously undervalue faceless future first rounders. They love a draft pick once it's been made, but until they have a face to the pick, they value them much lower than all the GM's in the NBA. I thought giving up a 1st rounder and a 1st round pick swap was an overpay to potentially upgrade from Josh Richardson to Derrick White. But with all that said, trading 3 first rounders for Dejounte Murray would be a huge no brainer on the Celtics part.

If anything I think it's a major underpay considering the stature of Murray as young All-Star player. Imagine some team offering 3 late first rounders for Jaylen Brown? You'd laugh them away. 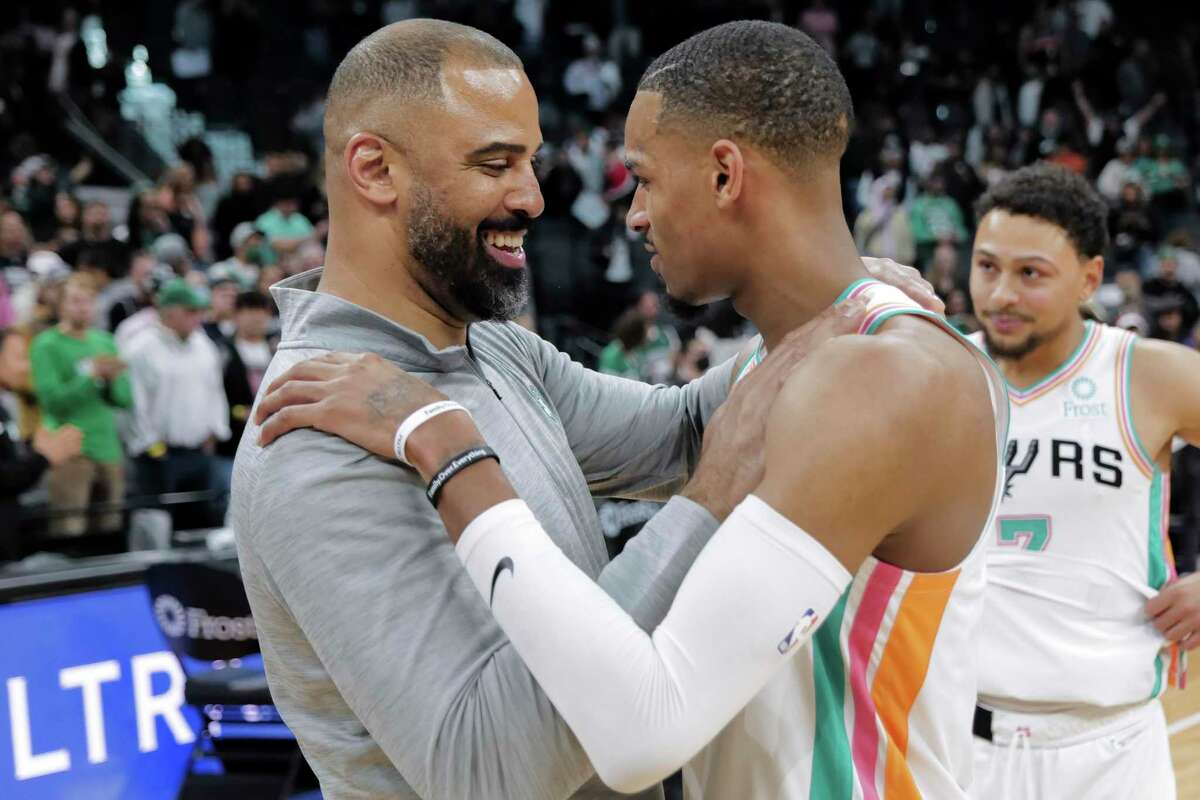 The 25 year Murray averaged 21.1 points, 9.2 assists, and 8.3 rebounds on the season this past year. He also led the NBA in steals. He has a great assist to turnover ratio and about the only area he needs improvement in is his 3pt shot. He's a career 33% shooter, but the guess is he'd shoot much higher playing with Jayson Tatum and Brown than the inferior talent he had around him in San Antonio the past few years.

The Celtics statistically were horrendous down the stretch in games last season. They made it to the NBA Finals despite that. Now you'd have Murray out there to steady the ship. Marcus Smart could still play his 32 minutes a game, but he'd be the 6th man, which would give the bench a huge boost. Boston would go from having the bench as weakness to making it a strength, assuming Grant Williams bounces back. Smart, Grant, White, Theis, Pritchard, and one more shooter signed with the MLE is a solid bench.

More importantly, Murray, Brown, Tatum, Al Horford, and Robert Williams would be the best starting 5 in the NBA. Honestly Murray very well could be our second best player.

Sounds too good to be true to get a 25 year old All-Star for three late firsts, so the question then becomes if Fischer's report is off, how much more would you trade for Murray? Have to believe the Spurs would want Time Lord. Williams and three firsts is still a lot less than the Wizards and Blazers have wanted for the much older and higher paid Bradley Beal and Damian Lillard.

Could Stevens unload Derrick White to another team for a 1st rounder? I highly doubt that. Could Marcus Smart be included in a 3 team trade?

Like I said, Murray would be the absolute best player you could get using the TPE. And the 3 first round picks report sounds very light. And not for nothing, but a high lottery pick is much more valuable than 3 late firsts, so not all firsts are equal. But if Stevens can add Murray to Tatum and Brown, he needs to do it.

Murray is a much better fit, age and contract wise, with the Jay's than Lillard or Beal. And Lillard isn't even a possibility really anymore. You'd have to gut the whole team for the overrated Beal as well.

Get it done Brad!