Bookies fancying the Celtics to be Conference Champions 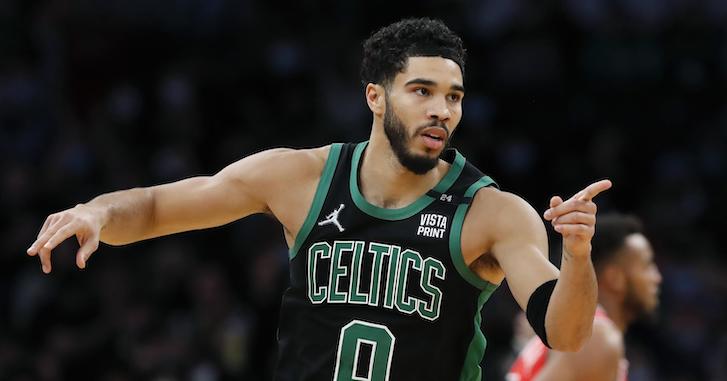 It’s already been a good season for the Boston Celtics, can it get even better? The Atlantic Division has been won for the first time since 2017 but that’s not their only big achievement this year. With the Portland Trail Blazers failing to make the postseason, that makes the Celtics the team with the longest active playoff streak.

Every year since 2015, the Celtics have made it to the postseason. Of course, they begin the knock-out rounds full of hope this will be the year that they win the NBA title. Portland had done the same every year since 2013 but could only win 27 games this season and finished fourth in the Northwest Division of the Western Conference.

The Celtics may have reached every postseason since 2015 but turning that into further triumph hasn’t been easy for them. Winning the Eastern Conference title must be their next target this season. That hasn’t been achieved since 2010 and only twice this season. As for becoming NBA champions, there’s been a long wait since 2008 and you must go back 22 years for the previous time the Celtics won the title.

Looking at the betting odds on your app is always a handy guide to see what people think of your chances. Bookies make mistakes but not that often! At present, the general belief is that the wait for another Eastern Conference title may not be a long one.

The Celtics are +250 to lift the Eastern Conference title this season. It’s a close run thing though for which team the bookies feel will be the conference winners. Miami Heat are strongly fancied too and a couple have them at +225 to lift the title.

Miami comfortably won the Southeast Division, finishing ten wins ahead of Atlanta, who they are now beating in the first round of the postseason. If they do go on and complete a first-round win, then their next opponents are likely to be Philadelphia 76ers. For the Celtics, the route to the Conference final looks like being a semi-final against Milwaukee, though Chicago might have a few things to say about that.

When it comes to whether the Celtics can end their 14 years wait for an NBA title, the odds aren’t so good. Bookies believe that 2022 will be the year when the Golden State Warriors reclaim their past glories.

They are available at +275 with NBA betting offers to be champions, despite the fact they are only the third seeds in the Western Conference. The Warriors finished second in the Pacific Division and 11 wins behind the Phoenix Suns.

Phoenix are +650 to win the NBA title this season. They were the only side in the regular season to have both home and away losses in single figures. Consistency was the name of the game with a 32-9 winning record both at home and on the road.

Celtics fans won’t forget that they have beaten Phoenix this season. The December 31 win gave fans even more reason to celebrate New Year’s Eve. A 30-point win over Miami has also been recorded, another great win for the Celtics.

That was also the case when they beat the Warriors in March. On their day, the Celtics have the ability to beat the best the NBA has to offer.