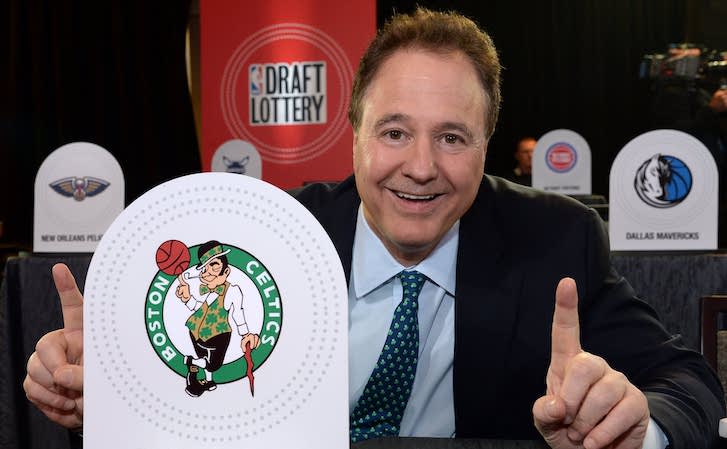 As the Boston Celtics bid to become NBA champions, their owner Steve Pagliuca has eyes on owning another top sports club. He’s one of the backers of a bid to buy English Premier League soccer club Chelsea.

The London side won the Champions League last season. This term they have won the World Club Championship but are looking for new owners. They are currently owned by the Russian Roman Abramovich. He announced the club was up for sale soon after Russia’s invasion of Ukraine. He has since been sanctioned by the UK government and cannot profit from the sale of the club, the spokesperson of the British Gambler, UK’s online casino betting magazine, said.

His billions transformed the club from being an average team into English, European and World champions. They have won 19 major titles in as many years under the Russian, including five English Premier League titles and two Champions League titles.

Now Steve Pagliuca (who became a shareholder at Boston Celtics in the year Abramovich bought Chelsea) is out to own the club and continue their success. They are third in the English Premier League and last weekend reached the FA Cup final.

Pagliuca is teaming up with Larry Tanebaum, who is the owner of the major Toronto clubs in soccer, basketball, and ice-hockey in a bid to purchase the club. This is no deal that might last a few years before selling and making a profit. They have committed themselves to “lifetime ownership” of the club if successful.

In an interview with Sky Sports, he told how he’d known his partner in this bid for 20 years. “It is a long-term commitment that both families want to make,” said Pagliuca. Tanebaum sees Chelsea as an “iconic” club and “an incredible one to invest” in.

Two trophies have already been won this season (they also won the European Super Cup) and could make it three with an FA Cup win over Liverpool in May. Mr Tanebaum said: “Fans want championships and cups, and the best experience in their own home stadium. Steve and I are dedicated to, and will deliver, both.”

Ownership of the club would see continued investment not just in the first team but also their academy and women’s teams. They would also continue the work that is planned in redeveloping their home ground.

Chelsea fans might be wanting “the best experience in their own home stadium.” Despite their success, the club have lost their last three home game with 11 goals conceded.

The pair have held meetings with Chelsea fan groups. They have received support from the True Blues Consortium and Pagliuca says meetings have been “positive.” He says that “incorporating a broad spectrum of fan perspectives” will be a “fundamental part” of owning Chelsea.

Other investors in their bid include former Walt Disney chief Bob Iger, Peter Guber who is the joint owner of clubs such as the Golden State Warriors and Los Angeles Football Club and Eduardo Saverin who was one of the founders of Facebook.

Mr Pagliuca is no stranger to owning soccer clubs. He already has a stake in Atalanta who play in Italy’s Serie A.

There are others interested in buying the club. One includes the support of both Serena Williams and Lewis Hamilton It is likely to take around $3.2billion to gain ownership of Chelsea. A decision is likely in the coming weeks.