C’s hold Nets at bay, sweep into the Conference Semis 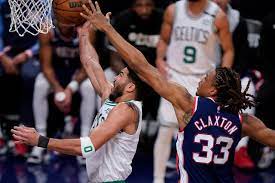 Given the nature of coaches – and maybe also factoring in that I’m currently re-reading David Halberstam’s The Education of a Coach, his superb 2005 biography of Bill Belichick – I’m compelled to look for hidden meaning in Celtics’ coach Ime Udoka’s decision to utilize the Hack-a-Shaq strategy on Brooklyn post-man Nic Claxton (who would miss his first 10 FTA’s before making his last), but only one time … subbing Payton Pritchard in and right back out to do so mid Q3.
While that intentional foul did produce Claxton’s only successful foul shot on the day, he’d play just four more minutes. Is it conceivable that the C’s brain-trust preferred to compete against Steve Nash’s “small” line-up? Neither Claxton nor Andre Drummond stepped on the floor in Q4. Hmm!
Claxton’s final foul shot dropping was almost as big a “stunner” – especially to Nash’s closing unit – as was Kevin Durant’s 11th and final free throw NOT falling.
It appeared as if the Brooklyn players took-for-granted with 22 seconds remaining and down by two points that Durant would make the shot, followed by a Boston Time-out.
But Marcus Smart sprinted downcourt past the slow-reacting Net defense, took Jaylen Brown's outlet pass in stride and drove straight to the goal. While Smart’s challenged (by Blake Griffin) shot wouldn’t fall, heady Al Horford, who went baseline-to-baseline, had also beaten the Nets down the floor – his put-back pretty much was the Call for the Brooms! 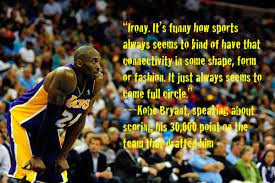 Basketball Irony
The Celtics won last night despite being out-shot from the field AND committing more Turnovers (also yielding more Points-off-Turnovers) … and even though Boston out-rebounded them, the Nets were credited with more Second-Chance points.
Only in Game Two did the Men in Green actually shoot field goals at a higher percentage than Brooklyn.
Abacus Revelation for the Road
During the regular season, the Celtics misfired on an average of 3.85 free throws per game – the only team in the Association to score below 4.00 in this category.
They accomplished this feat while attempting more free throws than their opponents, +0.26 FTA’s per game (12th-best differential in the league).