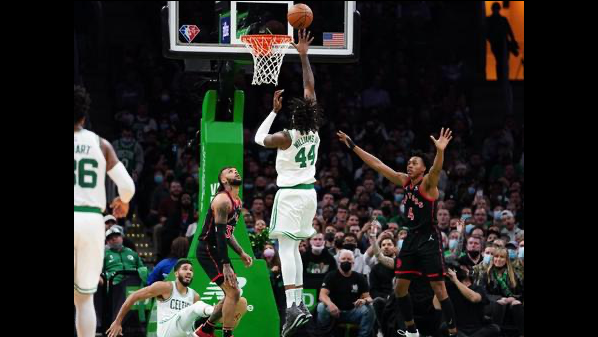 Just prior to the very first game in which he would coach Bill Russell, Red Auerbach is said to have pulled the rookie aside for a brief heart-to-heart chat in which the GOAT-to-be acknowledged a bit of apprehension regarding his offensive capabilities and the wily teacher assured his prize pupil that, when negotiating a contract, the only “numbers” that mattered would be the W’s and L’s.
The youngster’s sub-50% Free-Throw shooting made that appear to be a good deal; Russ was only 56% (60%, post-season) for his career from the charity stripe …

… but did you know that Red’s Rook posted the league’s fifth-best Field Goal percentage that season (albeit a rather paltry .427)? Indeed, Bill Russell was Boston’s most accurate shooter – as measured by FG% -- for his first four seasons until being unseated by Sam Jones; Ol’ No. 6 finished second in the league (.457) while winning his second championship in 1959.
The following season, even as prodigious rookie Wilt Chamberlain was more than doubling his per-game point production (37.6 – 18.2), Russell’s career-best .467 FG% exceeded the Dipper-to-be’s .461 shooting. [Wilt would bounce back to top the league in FG shooting in nine of the next 13 seasons.]
Chamberlain began his assault on the NBA record book in earnest with his sophomore season, becoming the first “qualified” player ever to shoot 50% or better (.509) for a full season. Six seasons later, en-route to his first of two professional championships, he posted an other-worldly .683 FG% (a whopping 162-percentage-point margin of victory over runner-up Walt Bellamy).
Big Wilt seemed to have put that particular standard of excellence permanently out-of-reach six seasons later, posting an amazing .727 shooting accuracy in 1972-73 (which would prove to be the Big Guy’s final season on the court) … Celtic veteran Don Nelson would win the Association’s “shooting” title two seasons later at a rather pedestrian .539. (No league-leading FG% has been that low ever since!) 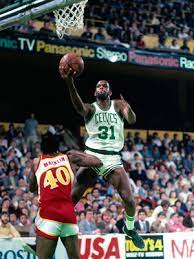 The first “qualified” NBA player not named Chamberlain to shoot .600+ for a full season was none-other-than C’s radioman Cedric Maxwell in the Birdman’s initial campaign. (Max also shot a league-best .584 in 1979, about the only bright spot in that disastrous 29-win Celtic season.)
Forty-one different players have led the league in FG% during its 75 seasons … 28 of them turned the trick only once, the list ranging from the iconic (Kareem Abdul-Jabbar, 1977) to the obscure (Chris Gatling, 1995) to the bizarre (Dennis Rodman, 1989). Eight guys have topped the charts twice, most recently Rudy Gobert in ’19 and ’21 – oddly, all seven of the others (including Gheorghe Muresan, believe it or not) won in back-to-back years.
Philadelphia Warriors legend – and Chamberlain’s first pro coach – Neil Johnston copped three shooting crowns in the ‘50’s; Artis Gilmore captured four in a row in the early ‘80’s despite moving from the Bulls to San Antonio in the middle of that run; and the Clippers’ DeAndre Jordan wrapped up a five-year stretch of top shooting in 2017 … during which he became the first “qualified” player since Wilt to exceed 70% accuracy (.710 in 2015, .703 in 2016, .714 in 2017).
When Wilt went to his grave in 1999, 27-year-old Shaquille O’Neal of the LA Lakers had won three FG% titles … nine seasons later in a Phoenix Suns suit, the Big Aristotle would surpass Chamberlain by capturing his 10th seasonal shooting crown.
Here’s a look at this season’s Top 20 “qualified” shooters at the ASB (through 883 of the season’s 1,230 games). 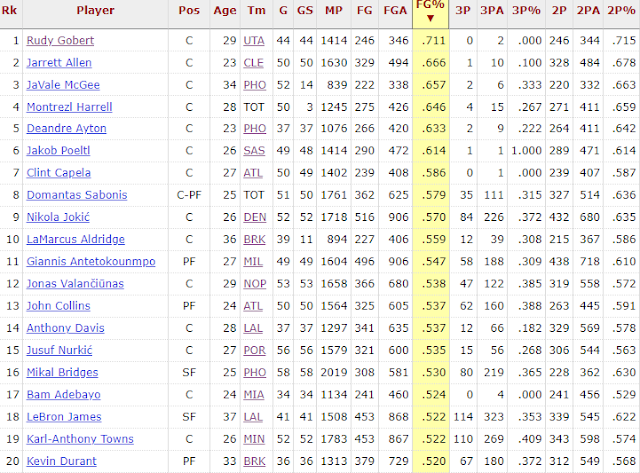 Over the course of an 82-game regular season, an NBA team will (with very few exceptions) attempt more than 7,000 field goals and make more than 3,000. In order to “qualify” for inclusion among the league’s FG% leaders, a player is required to record at least 300 makes. 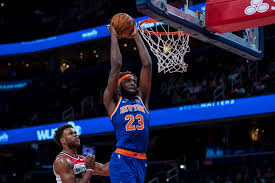 When the 2019-20 season was interrupted after 971 games, New York Knick second-year center Mitchell Robinson had converted nearly 75% of his shots from the field (253 – 341) during his squad’s 66 games played. Alas, New York’s paltry 21 – 45 record would exclude them from the season’s resumption in the Florida “bubble.”
The Knicks 66 games played represents 80.4 percent of their original schedule … hence, the minimum requirements for inclusion in the NBA’s official seasonal rankings were adjusted proportionally. A Knick player like Robinson would therefore require just 241 successful FG’s for inclusion among the season’s FG% leaders.
And thusly did Mitchell Robinson receive credit for the NBA’s all-time most accurate shooting season (.746) … fitting, perhaps, for a player who was born – I kid you not! – on April Fool’s Day.
Now if only our Timelord could increase his availability while maintaining his production …