The Boston Celtics kept their foot on the gas pedal Tuesday night demolishing the Philadelphia 76ers. Philly played without James Harden, while the Celtics were down Robert Williams. Jayson Tatum and Jaylen Brown combined for 57 points in Boston's 9th straight win, a 48 point trouncing of the 76ers.

Boston set a franchise record when it hit it's 25th 3-pointer of the game late in the 4th quarter. The Celtics shot 56% on 3's for the game (25-45). The Celtics play their final game before the All-Star break tomorrow in Detroit.

Entering tonight, Joel Embiid had scored 25+ points in 23 straight games – the longest such streak in the NBA over the last 3 seasons

That streak is now over thanks to the Celtics

The Celtics have won nine straight...by an average of 20.8 points per game. pic.twitter.com/iacb2XwhJ6 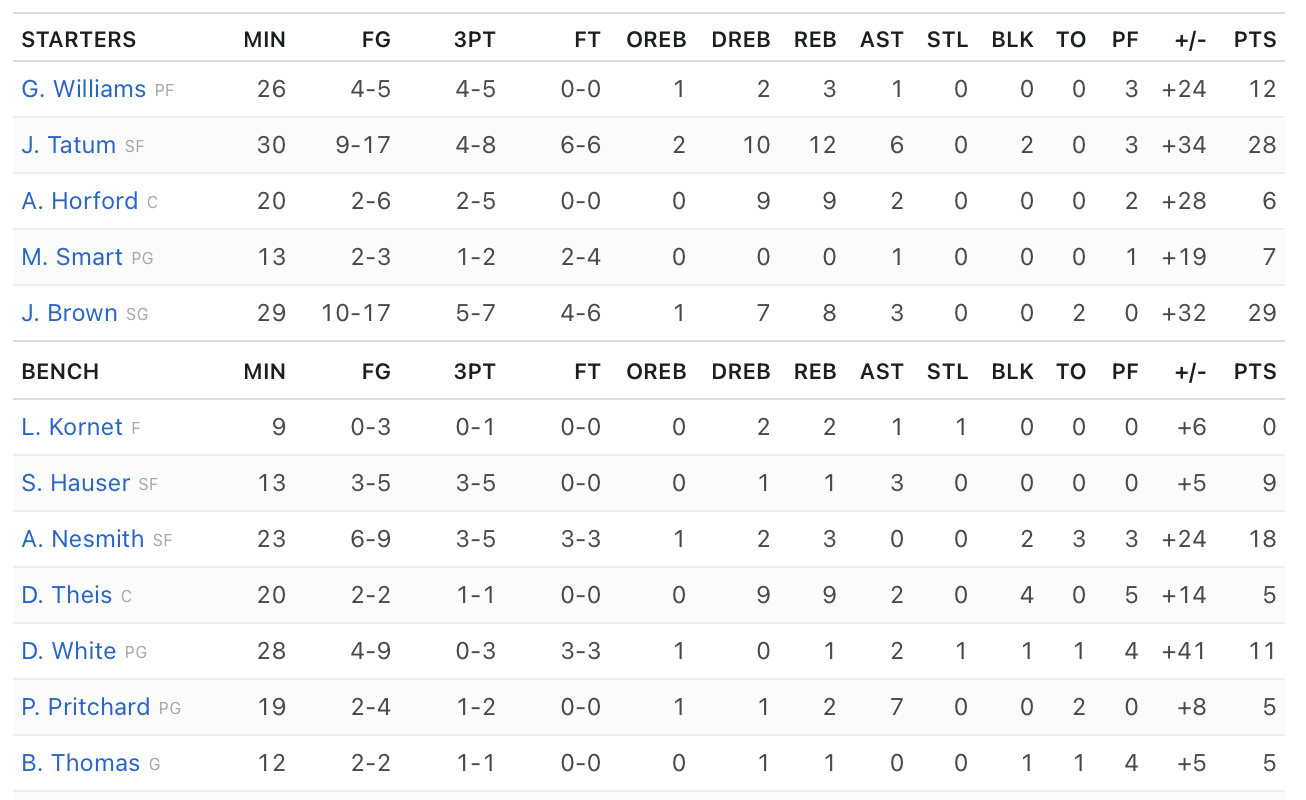