Was saddened to learn this morning that Celtics super fan Rick Peek of Magnolia passed away last month of COVID. He was just 41 years old. He is survived by his daughter Taylor and a GoFundMe has been set up to support her and the family.

I didn't know Rick personally, but I have actually been in a fantasy basketball league with him for over a dozen years now. Even through just the communication of talking Celtics and fantasy basketball trades, I could always tell Rick was a hard working, stand-up guy. He will be missed I'm sure by everyone who he crossed paths with. 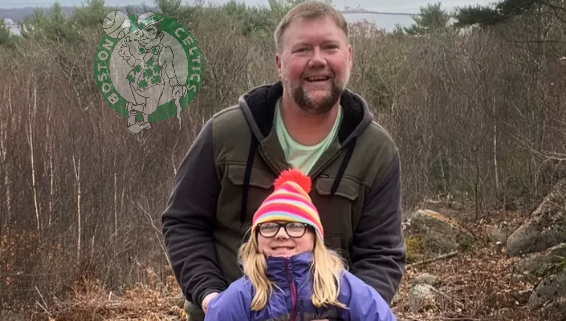 Please be so kind to read on below to learn more about Rick's Celtics fandom, and why a donation to help his daughter during this time would be extremely helpful. At the end of the day, no matter if Celtics' fans opinions on the team differ and are debated amongst each other, we are all fans of the same team.

And just like Kevin Garnett brought running to your teammate and helping him up whenever a Celtic hit the floor, I hope we can do the same for Rick and his family right now. Rick graduated from Manchester High School class of 1999 and furthered his studies at North Shore Community College, but truly his best semesters were life experience in good times.

Starting as a dedicated Larry Bird fan, the little blonde boy with glasses became a virtual sports encyclopedia, his knowledge of teams, players, stats and the game itself was astonishing. He played basketball his entire life and served as Captain of the Manchester High School team where his family always enjoyed watching him play.

Rick was an extraordinarily avid Celtics fan, capturing the "Banner Moment" experience with an essay about how much he cared for his father. He attended as many games as he possibly could, but if he couldn't make the court, you could be sure he was watching the game on television. Rick furthered his dedication by collecting an incredible amount of sports memorabilia throughout his years. The Celtics will certainly never be the same without their most dedicated fan.

Rick Peek passed Monday morning leaving behind his daughter Taylor, whom Rick was raising with help from his mother, Sally. Rick supported his family through a small family business called Killer Guitar Components that was started by his father Sandy. Sandy comes from a music background and the business has sold parts to a variety of high-profile musicians. Sandy passed away earlier this year due to cancer, see Sandy’s obituary here.

Since the family business is in trouble now with Rick’s passing, we are raising money to help the family take care of Rick’s funeral expenses, Taylor’s expenses and if possible put together a college fund for Taylor. 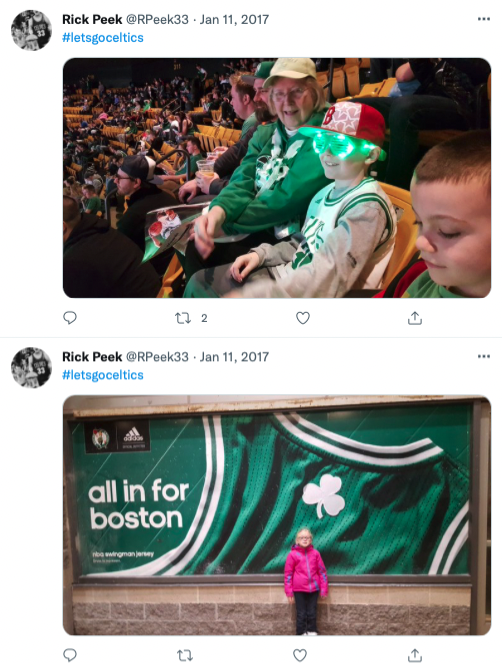