The Celtics played a full 48 minutes on their wait to a sweet revenge win over the Knicks Saturday night. Boston took a 16 point lead into the 4th quarter and play by play legend Mike Gorman appropriately declared, "If you're a Celtics fan, you're scared to death right now." But the Celtics would outscore the Knicks by 8 points in the final quarter to finish with an impressive 99 to 75 win.

Jaylen Brown went into that final quarter needing just one rebound to finish with his first career triple double. He grabbed two boards to finish with 22 points, 11 rebounds, and a career high 11 assists.

Coach Udoka: “Every group defended well tonight, played well tonight … To give up a 33-point second half is obviously high-level defense."

Jaylen Brown on his first triple double: “I just think it’s the work over the last weeks.”

Said he’s done a lot of extra work in the film room with the coaching staff. 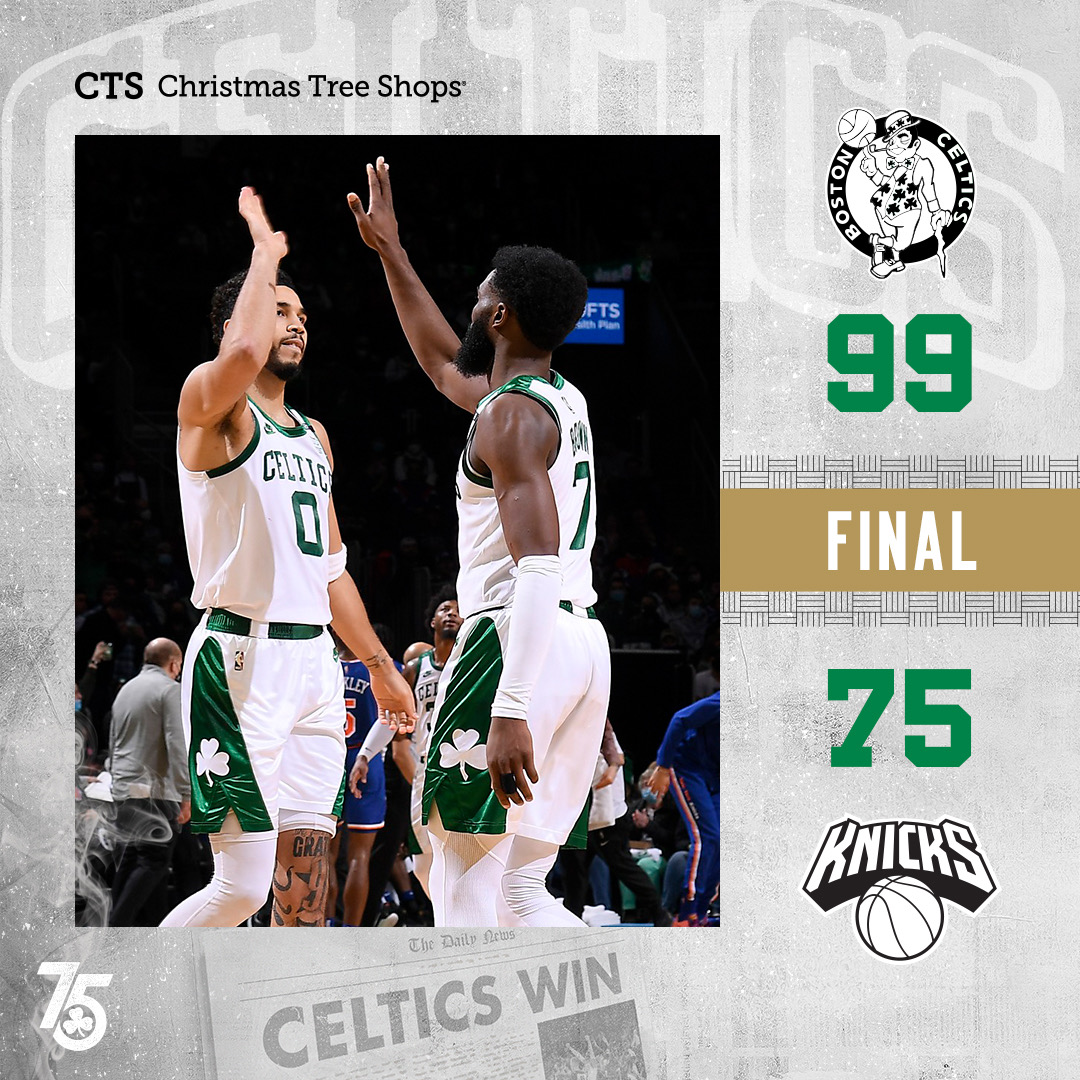 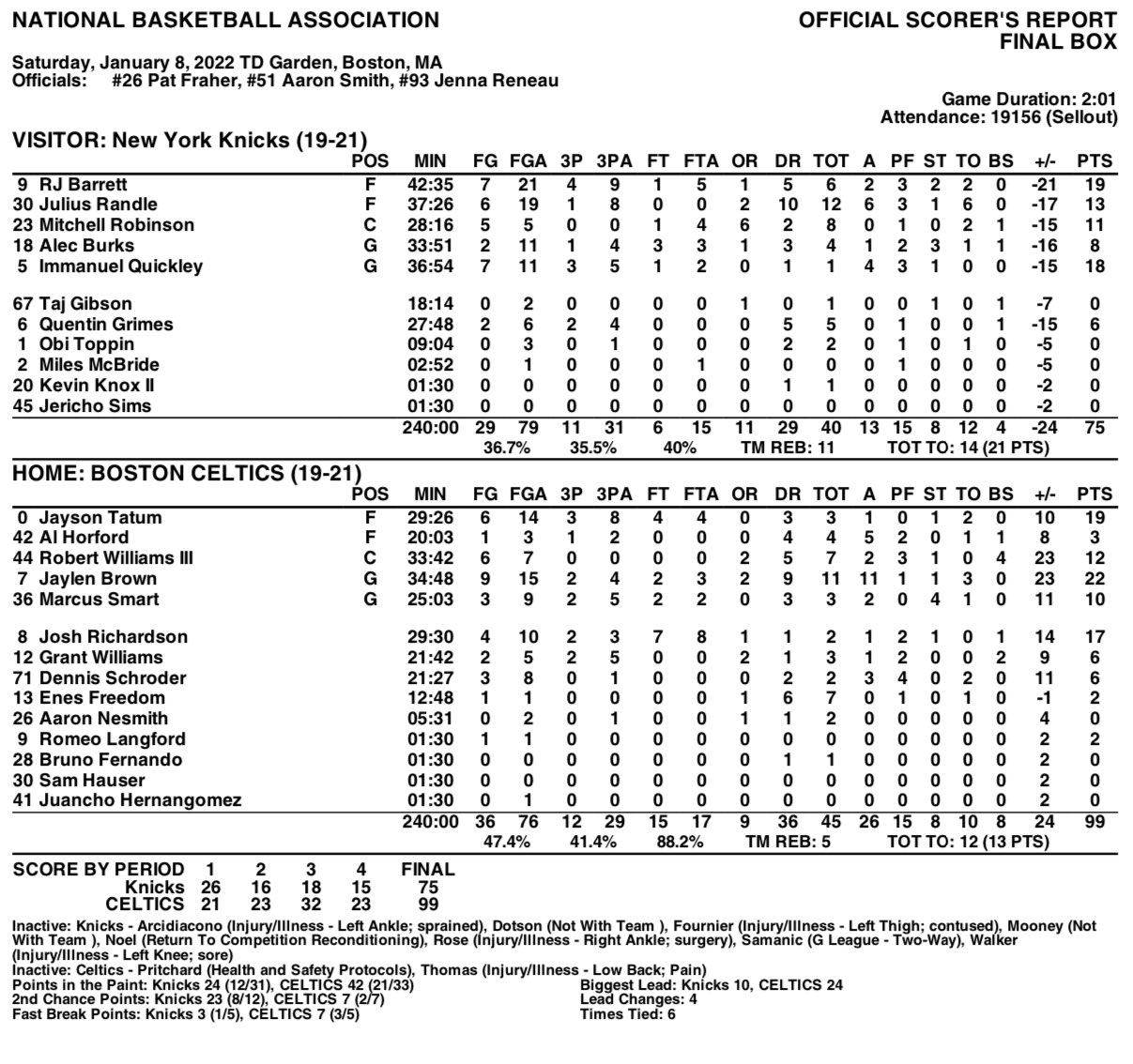