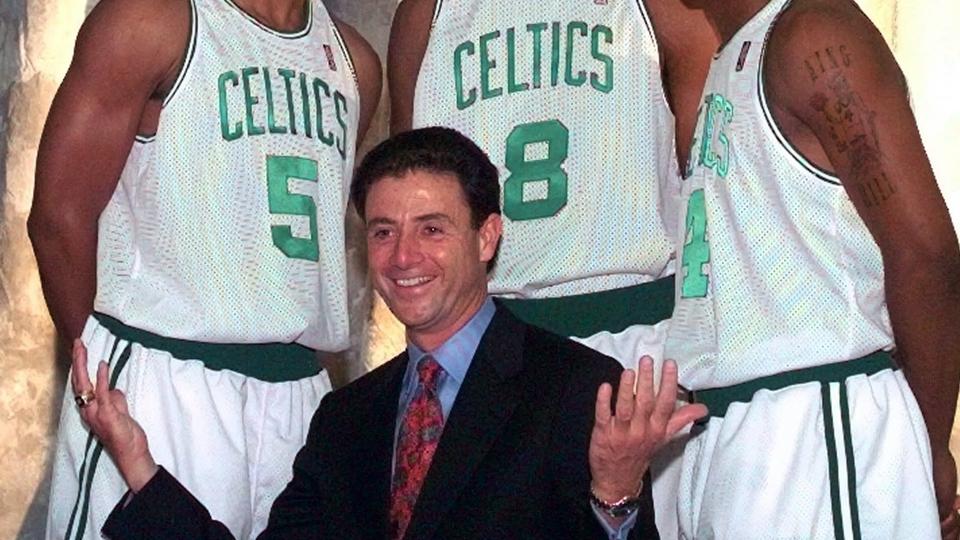 We've had a lot of stability with Boston Celtics coaches in the past 20 years. Also the few coaches we've had were all held in very high regard by the Boston media. Brad Stevens was an overachieving college coach who bucked the trend of college coaches failing miserably in the NBA by overachieving with the Celtics.

It wasn't until this past 2020-21 season when Stevens started to get some heat, but it was mostly the "players have tuned out the coach, but that often happens after some years together" variety. Prior to Stevens, Doc Rivers and the Boston media had a love fest. Like Stevens, Rivers was also a very good coach, but unlike Stevens, Doc struggled some in his early Celtics years.

Video: Perkins and Forsberg say the Celtics are "broken" and a "chaotic mess" https://t.co/CVCwMLmfX3

It was rumored that media (at least the print media) was easier on Doc than other coaches because he was a really good guy (Bill Simmons might have been one of the people who said this, but don't quote me on that). In the end, Danny Ainge's patience and loyalty paid off as Doc was the perfect coach for the Paul Pierce, Ray Allen, and Kevin Garnett Big 3 years.

Ainge fired Jim O'Brien early in Danny's tenure and John Carroll was named interim coach until Ainge could select a permanent one in the offseason. I don't even think anyone paid attention to Carroll's coaching as he was just a very temporary band aid, but O'Brien had a solid reputation in Boston as the team's coach.

O'Brien was the guy who picked up the pieces after Rick Pitino re-signed mid season. He realized that 3-point shots had up until that point been underutilized and took the Celtics all the way to the Eastern Conference Finals with a good, but not great team. When the Celtics took a step back the following season, Celtics management and ownership was blamed for the moves they made (not re-signing Rogers, the Vin Baker trade), but not the coach.

We have to go all the way back to Slick Rick the Ruler to find a Celtics coach who was held in as poor a light as Ime Udoka. Obviously Pitino was held in a MUCH poorer light, but it's rather interesting, almost remarkable to see how the Celtics friendly beat writers who cover the team have turned against Udoka so quickly into the rookie coach's tenure.

It's worth noting that the media has changed a ton in 20 years. There's a lot more of it due to the internet and in general the new sportswriters tend to be much friendlier to players, coaches, and front offices than back in the day. Players are more sensitive too and that might be part of it, but it goes beyond that.

Many of the current writers grew up rooting for the team they covered, had a blog, pursued journalism, and finally got a paid gig. They are young and it can be hard for them to remove their fandom. Also due to social media and the nastiness that comes with it, they have to read 100's of awful responses to their work if they dare to be objective about a Celtics player. 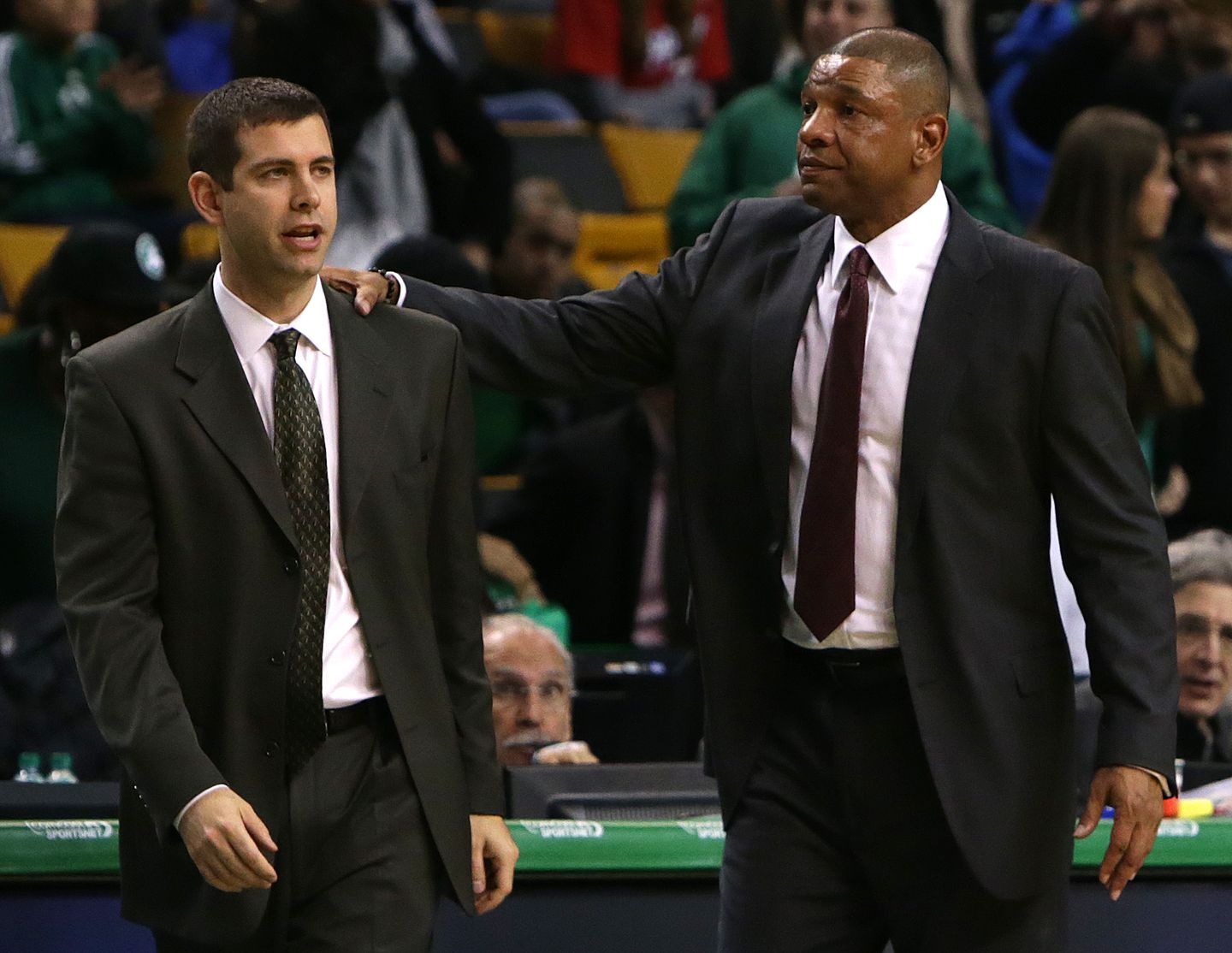 Coaches on the other hand, the modern media still go after, but we've been lucky in Boston to have some good ones since social media exploded. While I don't expect most of these young writers to go against the grain of what their fellow young writers are writing and write about how the Jay's should be broken up (Too much blowback from social media and the players themselves), I am surprised to see them this aggressive with Ime Udoka. Maybe they all agreed that if they all criticize him, Udoka won't be upset and no one will be ostracized. I kid (mostly).

Still a sampling of reactions on Twitter last night were surprising.

Ime Udoka: "Across the board I think we haven’t had the best shooting year, so regardless of who we have handling out there, it’s not always gonna be the best shooters on the floor."

Really odd quote with Grant Williams on the bench in crunch time.

I keep returning to it, but I really do not understand why the Celtics closed with Dennis Schroder. It normally makes no sense when the team is healthy but makes even less sense against the Knicks lineup! I just can't get past that, amongst a host of other decisions.

Celtics are entering a crisis. The offense very clearly loses creativity and confidence when the pressure ramps up. Even great playmaking by the stars will often go to guys who brick their chances. They just don't have the juice to win games that eventually get difficult.

The Celtics' fourth-quarter woes somehow manage to get worse and worse. It's truly incredible. @Tom_NBA said it best: "Rock bottom is a flawed concept."

"Leadership and someone to stay calm when things get hectic." It's literally Udoka's job. https://t.co/sDQzo1c0Zk

Are we not calling plays? Is that what is happening? On a team that clearly needs direction...the plan is....to have no plan?????????? https://t.co/2IaTYZXYCs

And those weren't even the ones from during the game calling out Udoka's rotations and the Celtics utter failures to execute. Also it should be noted the really bad writers I don't follow, so who knows what they tweeted. And I like at least half the writers/media above so don't take their inclusions as a diss. I'm sure idiots like Karalis tweeted criticism of Udoka. Just have him blocked, so I don't have to see what nonsense he says.

Also when I went to look for a couple more tweets from others they appeared to have been deleted, so take that for what it is. Either those reporters changed their mind or got scared Udoka wouldn't like their criticism. 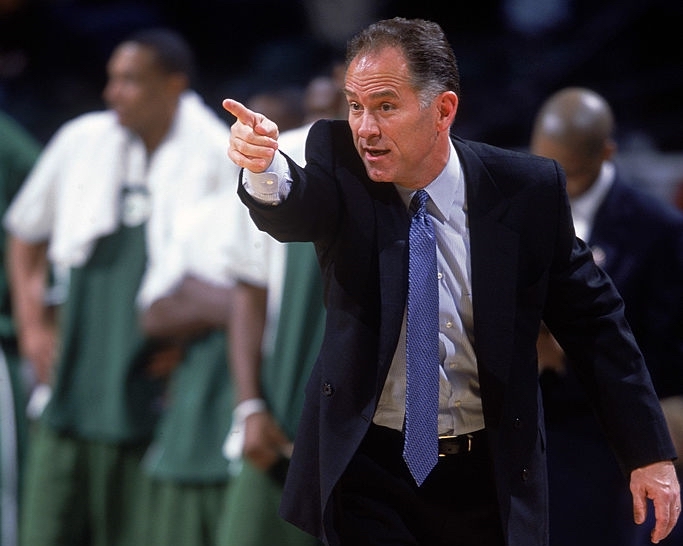 The point remains that Boston sports writers seem to have turned on Udoka. You expect the radio and TV personalities to be negative. It's surprising to see the beat writers this negative about the coach. And this early. Again, there were harsher criticisms in game, but that would take me too long to find. All Im saying is I've never seen this negativity from Celtics writers to their coach and I've covering the team since 2009.

Something is different. Something is up. I assumed Udoka would last a season at least, since if you thought highly enough of a rookie coach to think he was the best person for the job, you have to give him some time to develop. Or at least do this to help him:

Assuming Celtics aren't down low tanking, they should bring in a veteran NBA coach to serve as Ime's lead assistant STAT if they have any desire to win this yr & develop Udoka into a solid head coach.

p.s. Had to google it b/c Twitter mobs ya know?

Also since the Celtics aren't contending for a title this season, one could argue that the team's poor end of game execution actually helps to rebuild since we'll get a higher pick. I don't think Stevens is judging Udoka by wins and losses this season.

There was quite a bit of media pressure with this hire, so who knows if Stevens was even allowed to simply make his pick of best coach for the job. I'm sure he liked Udoka, but not clear if he was his personal first choice.

What is clear is that the same writers who liked the Udoka hire are now blaming him for the Celtics woes. The good ones are also blaming the players. I don't think Udoka is on the hot seat, but the Ainge/Stevens job changes this past offseason came out of left field, so I wouldn't put it out of the realm of possibility that I wake up one morning to see that Udoka was fired this season.

I still don't expect it, but it's at least a possibility now. Since it's 2022 there is also the whole racial component, so a premature firing of Udoka would lead to a lot of blowback on the Celtics from the Stephen A. Smith's of the world for sure. There's also that. And Kyrie Irving was able to somehow bring back the "Black players don't want to play in 'racist' Boston" false narrative by using many weak media members as puppets.

Wasn't an issue when every good basketball player wanted to play for the Celtics when they had KG and Pierce. Wasn't an issue with Isaiah Thomas, Rajon Rondo, Shaq, Perkins, Jermaine O'Neal, Rasheed Wallace, Kemba Walker, Antoine Walker, etc. But Kyrie brought it back and the media ran with it, so don't dismiss the negative optics that would come if it appeared that Udoka didn't get a fair shot.

The Celtics are already at a disadvantage with free agents being in a cold city, they don't need free agents thinking poorly of the franchise over Udoka's departure. I mean what was Danny Ainge supposed to do with Isaiah Thomas? IT would have never have accepted anything less than a very lucrative deal from the Celtics. Ainge's mistake was trading that last Nets pick with IT for Kyrie. Not retaining Thomas wasn't a mistake.

But the narrative is out there that Boston did Thomas wrong by trading him to a contender in the Cavs. And the narrative has an effect.

WOULD YOU? (The trade for an injured Jamal Murray or Zion Williamson and tank option) https://t.co/B2mFwbHRlJ

Hopefully Udoka turns into a great Celtics coach as he gets more games under his belt. He's not losing his job any time soon, but it's not looking good for him in terms of being the Celtics coach once this team is retooled or rebuilt. Seems like more of a place holder for now. He has the opportunity to stick, but right now it's not looking great.

When even the homer blue check marks turn on you, then you know you're in trouble. No matter what, don't expect the vitriol that Pitino received or anything close. But I haven't seen the Boston media this down on a Celtics coach since that man was around.