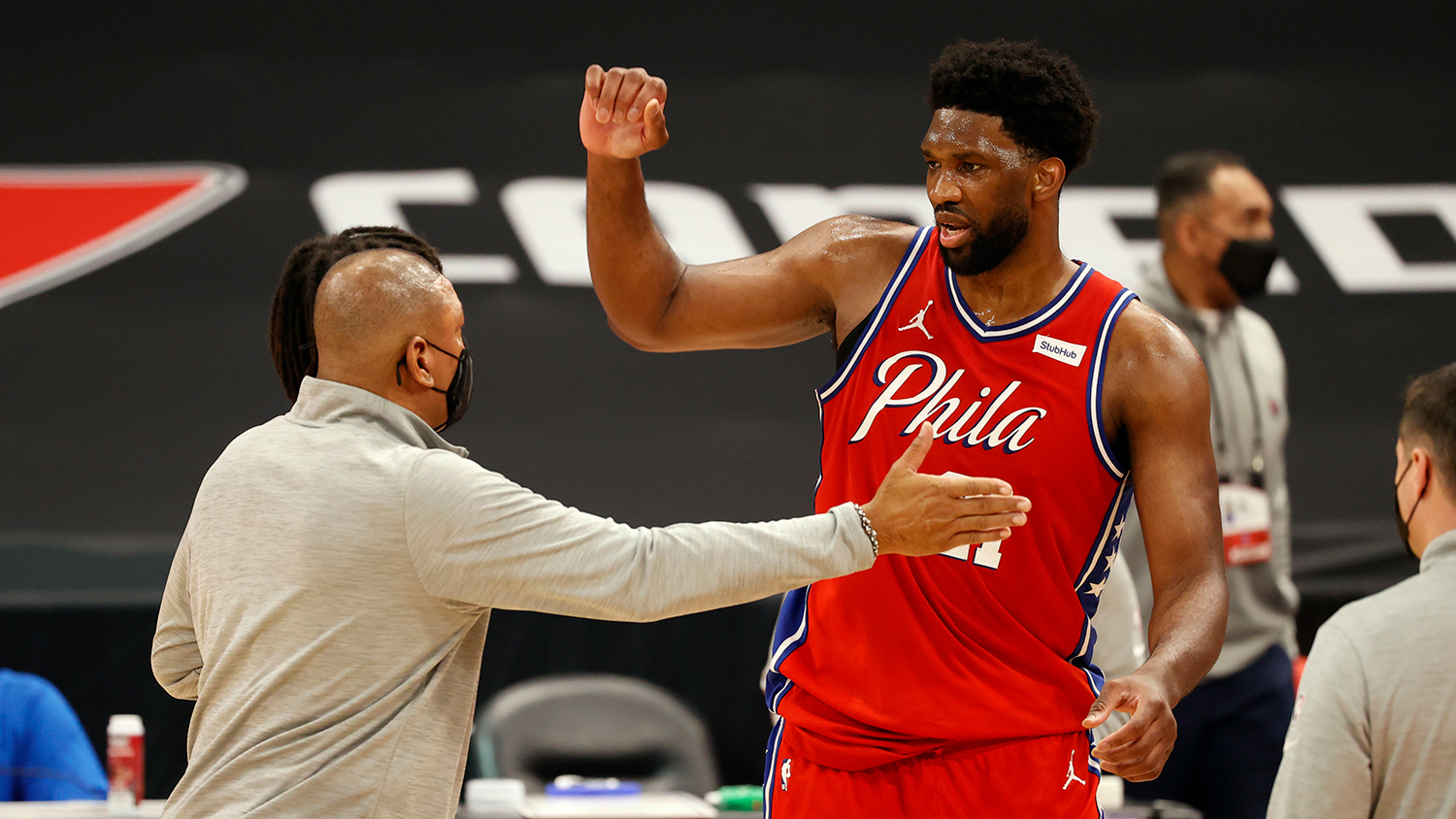 No doubt Celtic legend Larry Bird – who once famously sat out an entire Fourth Quarter when he was within an eyelash of posting a quadruple-double – would disapprove …
… but Philadelphia 76er coach Doc Rivers inserted his stud center Joel Embiid in last night’s Q4 of a one-sided victory over the pretty dreadful Orlando Magic for a mere 58 seconds – long enough for the big guy to draw two shooting fouls, drain three FT’s and elevate his point total for the night to an even 50 (in just 27:03 of playing time).
The game was actually rather competitive through the intermission. Embiid had carried the load for his team, with 24 of their 47 points despite picking up three personal fouls and playing but 14 minutes. 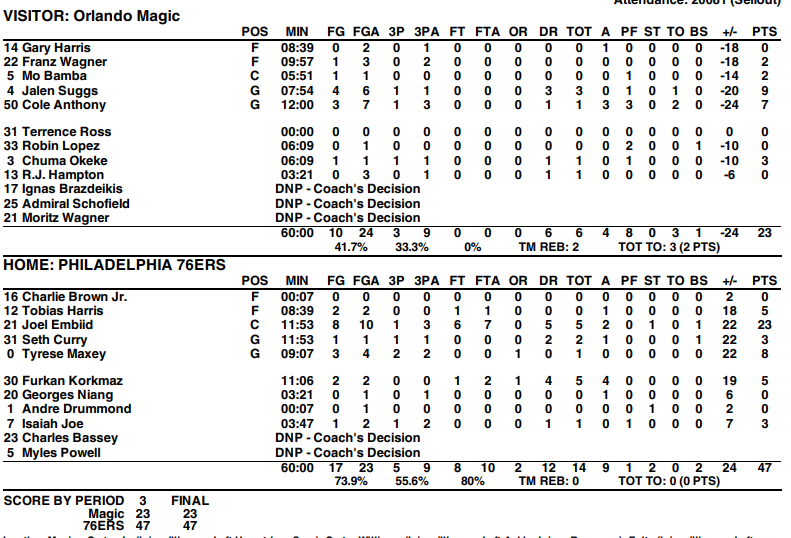 But the Sixers, trailing by 10 at the half, steamrolled the over-matched Floridians in Q3. By the time Rivers pulled out his stud center in the waning seconds, Philly had converted 20 of their 24 offensive possessions and outscored the visitors 45-23 … the 76ers went 10 possessions and 5:16 without missing a shot. The Big Guy connected on eight of his 10 FGA’s worth another 23 points.
Abacus Revelation for the Road
In an unpredictable season that has at times resembled an intramural scrum for capable and eligible bodies, there’s been one component of this season’s NBA play that has gone “true-to-form” – the challenge of competing on back-to-back nights.
Through last night’s 13-game slate, 218 of the season’s 672 tip-offs (nearly a third, sheesh!) have involved a team playing on “tired legs,” 21 of them in which both sides had played the day before.
Teams playing tired on their home court against a rested opponent have a one-in-three chance of winning (21-41, .344). On the road against “fresher legs” (and despite winning four-of-six such contests in the last seven days), “weary legs” are 42-93, .311.
Home teams are 14-7 (.667) when both squads are playing a “second-nighter.”