Jusef Nurkic scored 29 points and added 17 rebounds to lead the Portand Trail Blazers to only their 19th win of the season Friday night in Boston. The Celtics fell back below .500 and their Jekyll and Hyde season continued (Well past two seasons now).

Not sure what to say at this point. I know fans get excited when they win a game and mock anyone who dares entertaining making a foundation changing trade, but this team continues to stall in neutral.

A coaching change was not the answer and it's really hard to blame injuries when Boston keeps losing to teams without some of their best players.

Jayson Tatum and Jaylen Brown led the Celtics in scoring with 27 and 22 points respectively, but shot a combined 2 for 13 on 3-point attempts.

. The NBA trade deadline is Thursday February 10th. The current buzz is the Celtics are not looking to make a blockbuster move and reportedly have getting under the luxury tax as a main goal.

Ime Udoka: “They obviously went after Jayson and took him out a bit there. … They dared some guys to make it and take it out of his hands and we didn’t make them pay.”

Ime Udoka: "Execution-wise, end of game, I got to get us in a better spot." 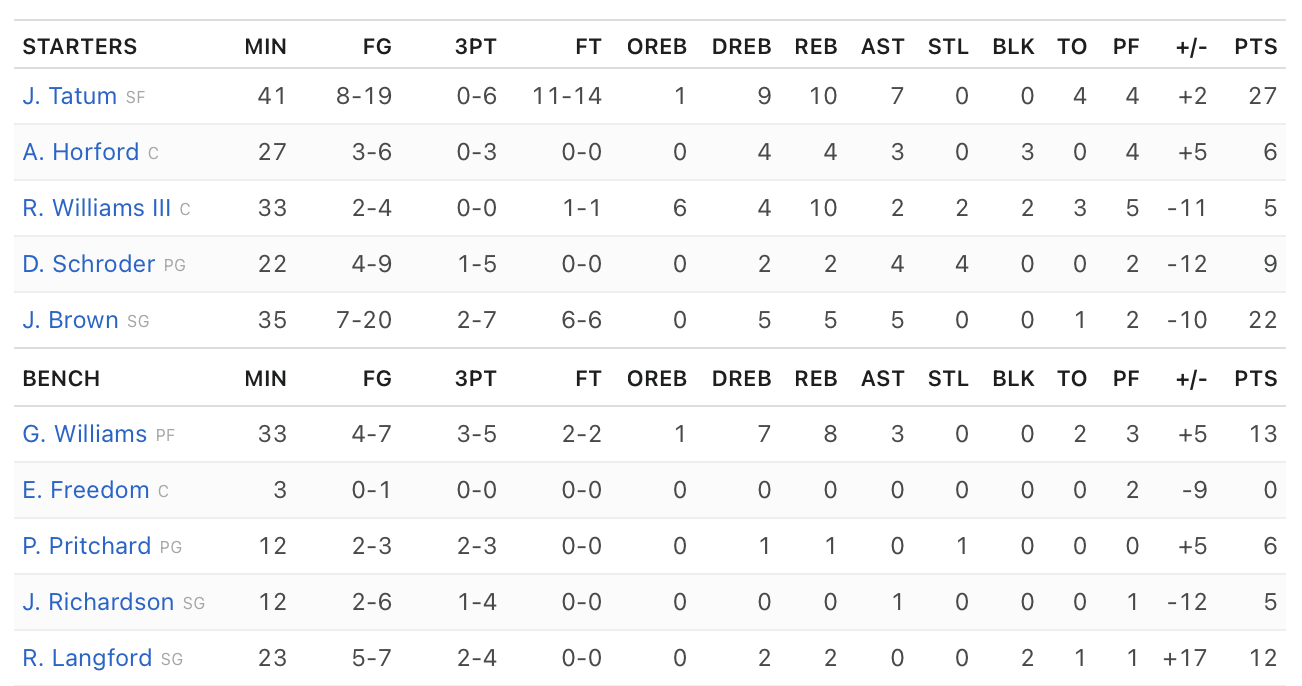