Gordon Hayward had a quiet night in his Boston return, but another former Celtic, Tery Rozier, led the way for the Hornets as they defeated Boston 111 to 102. Scary Terry finished with 28 points, 4 rebounds, and 10 assists in the Charlotte win.

Dennis Schroder paced the Celtics with 24 points and Jaylen Brown chipped in with 21 to pace the Celtics in a losing effort. Al Horford had a solid double double manning the middle with 13 points and 10 rebounds (4 dimes as well), but Jayson Tatum had another one of his bad shooting nights of the 2021-22 season, which is weird because I don't remember that happening as often in previous seasons. And it's not like he forgot how to shoot.

The Celtics fall back down to .500 with a record of 23-23. Boston will look to get back on track on Friday when they host the 18-26 Damian Lillard less Portland Trail Blazers.

Brown on Rozier sticking his tongue out at the C's bench: "He was having way too much fun out there. I didn’t say nothing to him after the game because we lost, but Terry’s a good player. That’s my guy. We did an all right job on him, a solid job, but he just felt too comfortable

Jaylen Brown: “I thought we had a lot of good looks. We moved the ball really well. And they made some tough baskets.”

“They’ve got a lot of weapons over there and they came ready to play. So they outplayed us tonight.”

Gordon Hayward showing love to some Celtics players after the game ☘️ pic.twitter.com/k1fhbRMswP

Jayson Tatum is now shooting 31.7 percent from 3-point range this season. That’s the worst percentage for a player in the Eastern Conference averaging over seven attempts per game.

Ime Udoka on some of the shooting woes: “It probably starts to wear on guys a little bit there.”

On Jayson Tatum: “My message to him and the others is how can he impact the game in another way when the shots aren’t falling.”

Udoka didn’t think the Cs were good enough at that. 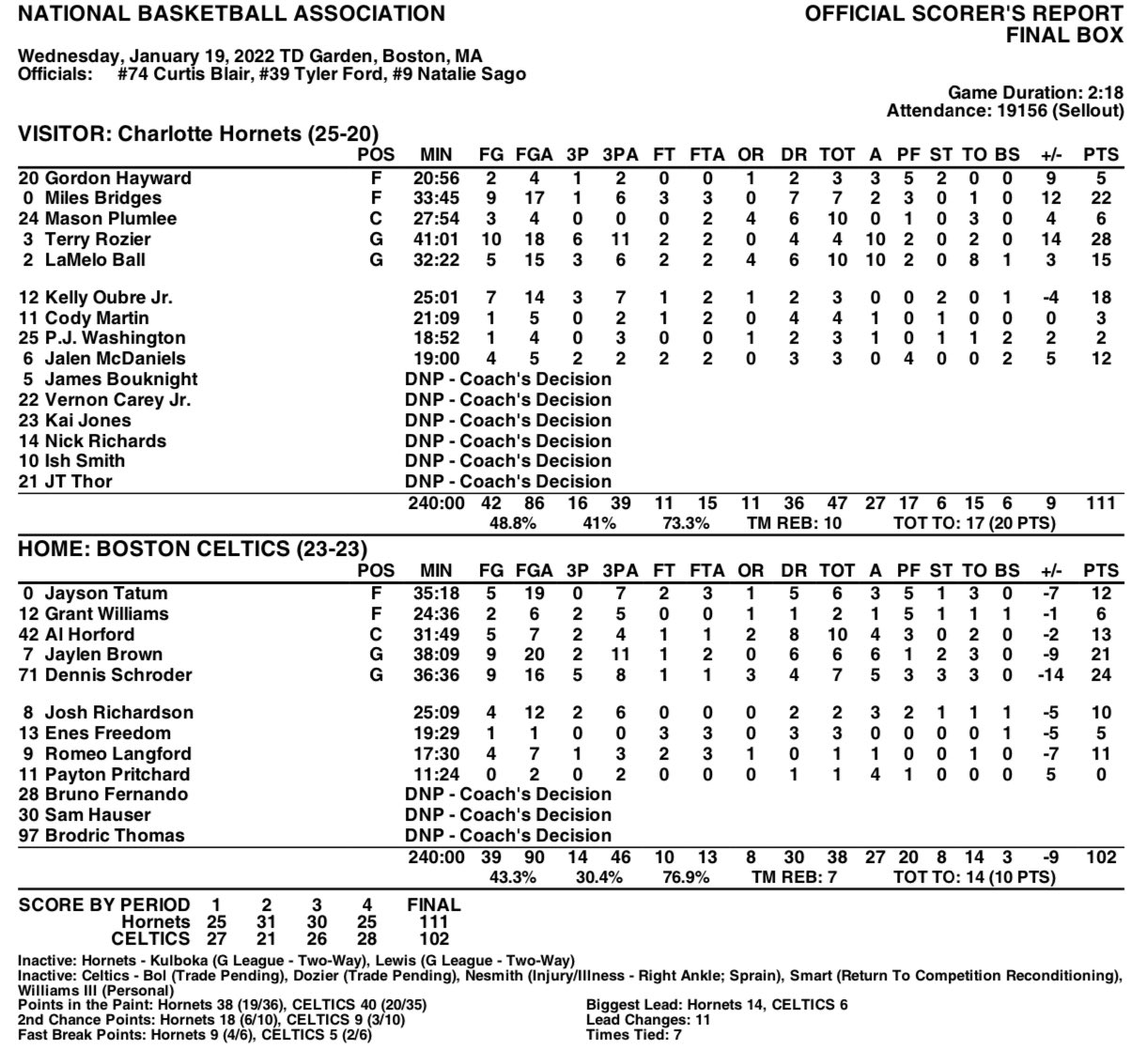