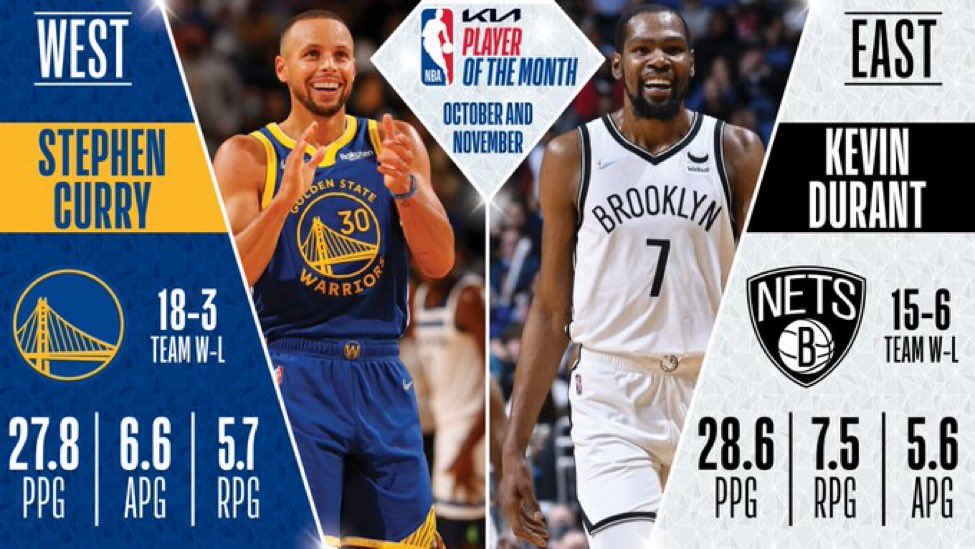 The first Players of the Month awards have been awarded and the Eastern and Western conference winners are no surprises. Kevin Durant has the Brooklyn Nets atop the Eastern Conference while playing the season without Kyrie Irving. Steph Curry's Warriors are tied with the Phoenix Suns for the NBA's best record at 18-3. The Warriors have played their season so far without their own All-Star guard as Klay Thompson has yet to suit up.

The Celtics obviously had no one in contention, but this also got me thinking. Based on Jayson Tatum's very poor shooting start to his season and Jaylen Brown missing a lot of time, will the Celtics have an All-Star this season? Tatum could get voted in as a starter and/or he could have a much improved shooting percentage from now until the teams are named which would likely snag him a spot.

I think Tatum is the only option unless Boston improves drastically in the standings and Al Horford keeps up his strong start. Al making an All-Star game at age 35 after his career was dismissed as toast would be a very cool story.