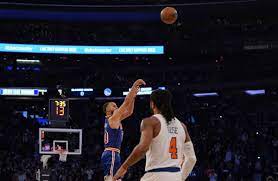 Tuesday’s shortened slate of action marked the 56th “playing date” (out of 168, in all) of this season’s attempt to return to NBA normalcy. The closure to the first eight weeks of action saw both historic achievement as well as the first postponement of the Association’s bally-hooed 76th season.
Steph Curry’s record-setting accomplishment at MSG underscores the league’s continuing and still-growing infatuation with the three-point shot … the league-wide usage rate through 415 games is .402 (up from last season’s all-time high of .392) and no fewer than 17 teams now are taking more than two out of every five shots from beyond the arc. 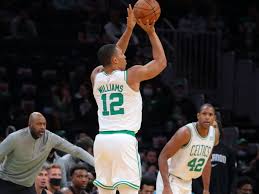 Perhaps there is some evidence, though, that would tend to support and even encourage such voluminous long-range bombing. Indeed, this season’s data reveals that a team is twice as likely to win when it holds an edge in successful treys, 256 wins against only 128 losses (31 games were even in 3FG’s).
During the 72-game ’20-21 season, the team making more three-point shots was even more successful, 689-319-72 (.684), while the interrupted then “bubbled” ’19-20 produced similar results (615-372-73, .623)
Owning the Stripes
Last season, in exactly one-half of the NBA’s 1080 regular-season games, one of the teams connected on more three-balls than the other guys while simultaneously misfiring on fewer Free Throw attempts … this more accurate team was victorious in 71 percent of those games (382-158). 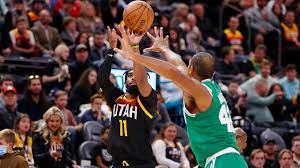