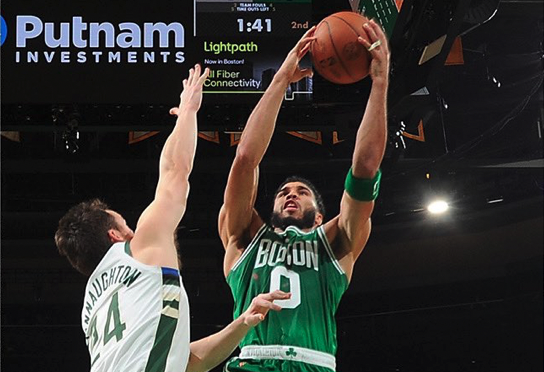 The Celtics returned to the TD Garden tonight and All-Star guard Jaylen Brown returned as well, but it was Jayson Tatum's night as he scored a season high 42 points.

Tatum shot an impressive 16 of 25 from the field (7-13 on 3's) and 5 rebounds, 4 assists and 3 steals. Jaylen Brown looked pretty solid in his return. He played 30 minutes and finished with 19 points. Jaylen gave us all a scare with a first quarter knee injury, but he returned for the start of the 2nd quarter.

Grant Williams was huge off the bench hitting on five of his seven 3-point attempts and finished the game with 17 points and 7 rebounds. Giannis Antetokounmpo and Jrue Holiday paced the Bucks with 20 points apiece in Milwaukee's losing effort.

The Celtics record now stands at 14-14. The Celtics don't play again until this coming weekend when they'll host the Warriors on Friday followed by the Knicks on Saturday.

Celtics' 31 assists tonight were a a season-high for a non-OT game for Boston.

.@FCHWPO was excited to be back tonight and is ready to help his team get back to winning consistently. pic.twitter.com/T1kLiRLj3U 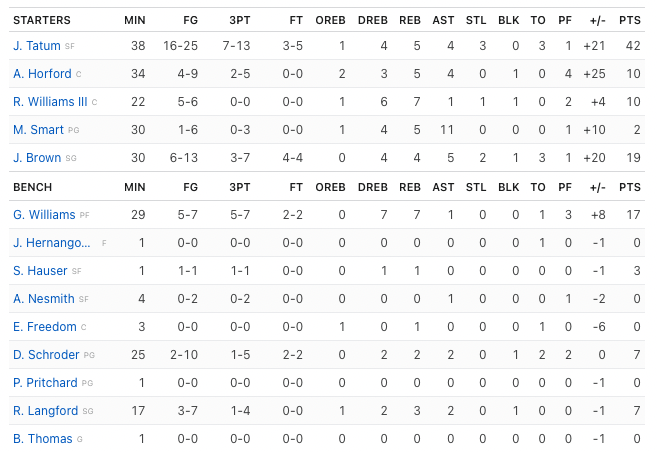