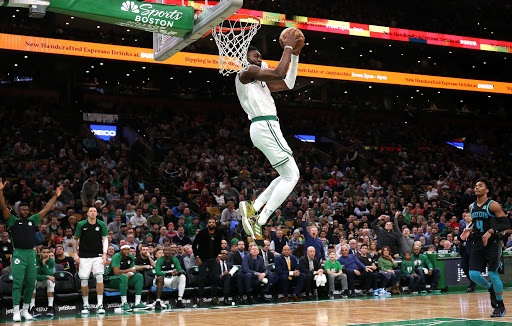 Getting Jaylen Brown will be a huge boost for the Celtics who come back to Boston reeling from an embarrassing trip out west. Marcus Smart is listed as "Probable" for tomorrow's game with a non-COVID illness. The Celtics have been rather snake bit by the "non-COVID illnesses" in addition to the COVID ones this season.

Jaylen Brown will make his long awaited return tomorrow for the Celtics https://t.co/2ybujWOhqx

#NEBHInjuryReport for tomorrow vs. Milwaukee:

I'm guessing Smart will play tomorrow and start at the point. Ime Udoka hinted at a possible starting line-up shake-up after the Suns loss, so Jaylen Brown replacing Dennis Schroder in the starting 5 would be one obvious switch. I also think that Udoka might finally put an end to the starting two bigs in an era where you can really only play one at a time. Grant Williams for Robert Williams would be the switch I'd expect.

Udoka tends to favor vets, so I don't think he will bench Horford. Al will miss enough games this season (and have some maintenance ones off as well) that Time Lord should still get a bunch of starts. So if Udoka decides to shake things up I'd predict a Smart, Brown, Tatum, Grant Williams, Horford starting 5.

Statistically speaking, having Horford come off the bench makes sense, but I just don't see Udoka making that call at this point.

Jaylen Brown, Marcus Smart, Jayson Tatum & Robert Williams outscore opponents by an average of 7.2 points during the 17.5 minutes per game in which they share the court. That's the best plus/minus rating in the East among all 50 four-man combos that are averaging at least 15 MPG

The Celtics have been dreadful at the start of games this season, so hopefully that habit ends with the return of Jaylen Brown.