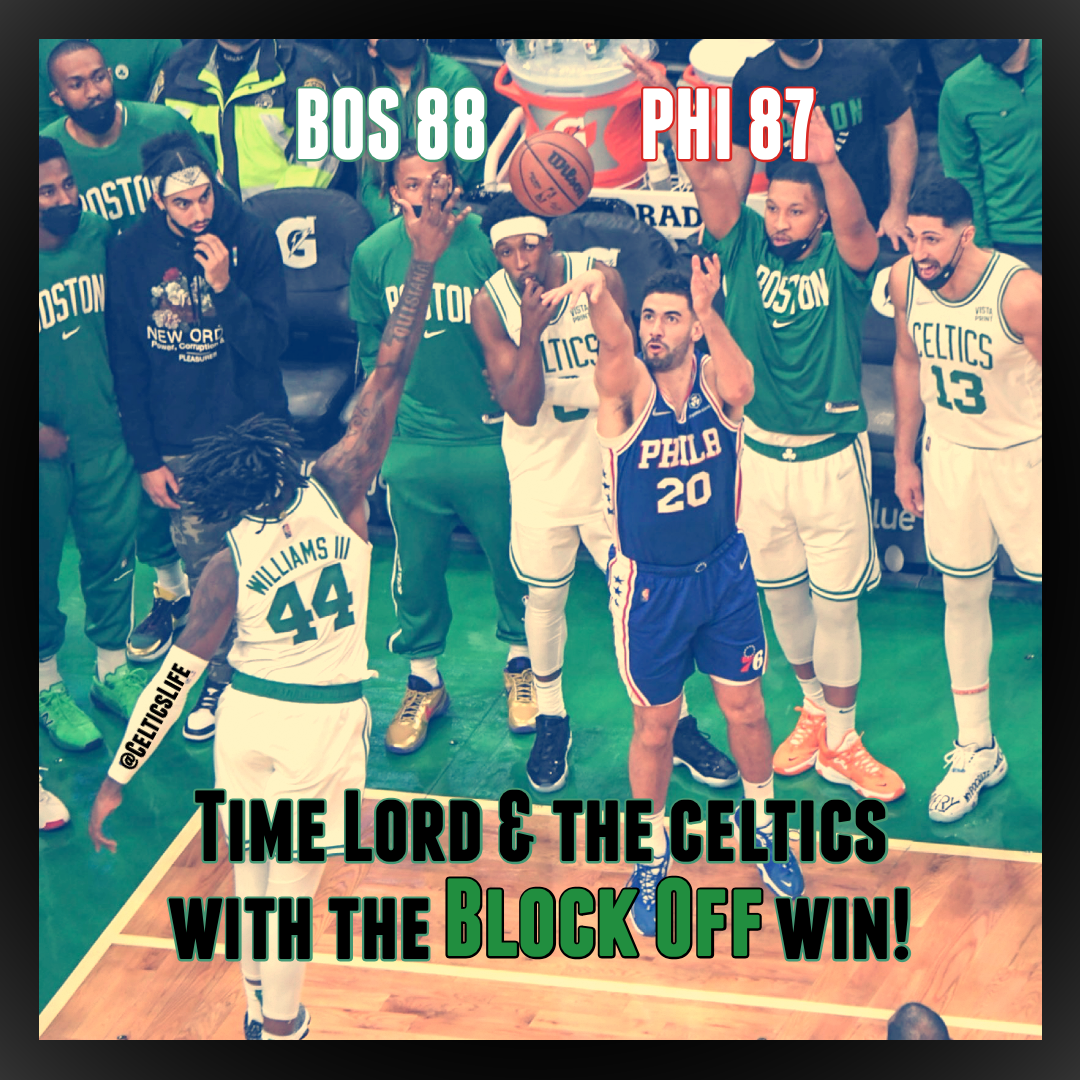 There are certain teams that always seem to give the Boston Celtics problems. The Philadelphia 76ers are not one of those teams. The Celtics were back to full strength tonight and Jayson Tatum led the way with 26 points and a career high 16 rebounds as the Celtics defeated their old rivals 88 to 87.

Rob with the game-sealing swat ❌ pic.twitter.com/2VBM63XIIH

Philly had a chance to win it the last possession, but overall good team defense from the Celtics and Time Lord getting a piece of the final shot sealed the deal and left the TD Garden crowd thrilled.

Al Horford came up huge in his revenge game versus the 76ers giving Embiid and the 76ers fits with his defense.

Ime Udoka on Al Horford in Philly: "I don't think we used him properly."

“We really dug in late in the game when we had to,” says Coach Udoka. “We did what we were supposed to do defensively.”

The Celtics improve to 12 and 10 on the season and will now go on a 5 game road trip out west. Firts up will be the Jazz Friday night in Utah.