The Celtics hosted the defending champion Bucks tonight at the TD Garden. Milwaukee was playing without Giannis Antetokounmpo and Khris Middleton, but still took the game to overtime. But the Celtics threw down the hammer in the OT and prevailed by a final score of 122-113.

Dennis Schroder exploded for a game high 38 points to lead Boston to their second straight home win which gets them back to .500 with a record of 6-6. This was the second most points that Schroder has ever scored in a game in his NBA career. He added 8 rebounds in the impressive effort.

Needless to say Schroder as expected has been one of the best bargains of the NBA season through the first month. The German guard even received some MVP chants tonight.

Jayson Tatum and Marcus Smarts added 27 and 19 points respectively, while Time Lord filled up the stat cheat with a 12 and 10 double double. Williams also tallied 3 blocks.

The Celtics through just twelve games of this season have already played in four overtime games. That matches the total for the entire 2020-21 campaign.

Ime Udoka on Dennis Schroder: "He's finding his way. He’s brought his bench role to the starting lineup. He’s been very aggressive. We like some of the matchups he had early, he got going, but we continue to let those guys know a mismatch isn't always for yourself."

Al Horford talks about what he saw from the defense tonight and gives credit to Dennis Schroder for stepping up to help secure tonight's win. pic.twitter.com/VBIkBe5t90

The Celtics are back in action tomorrow night vs old friend Tacko Fall and the Cleveland Cavaliers. 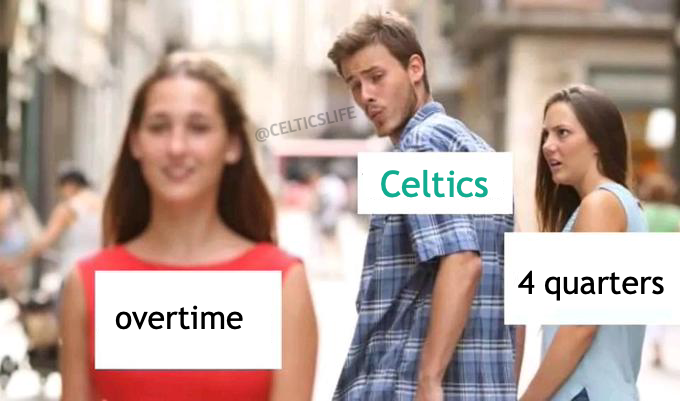