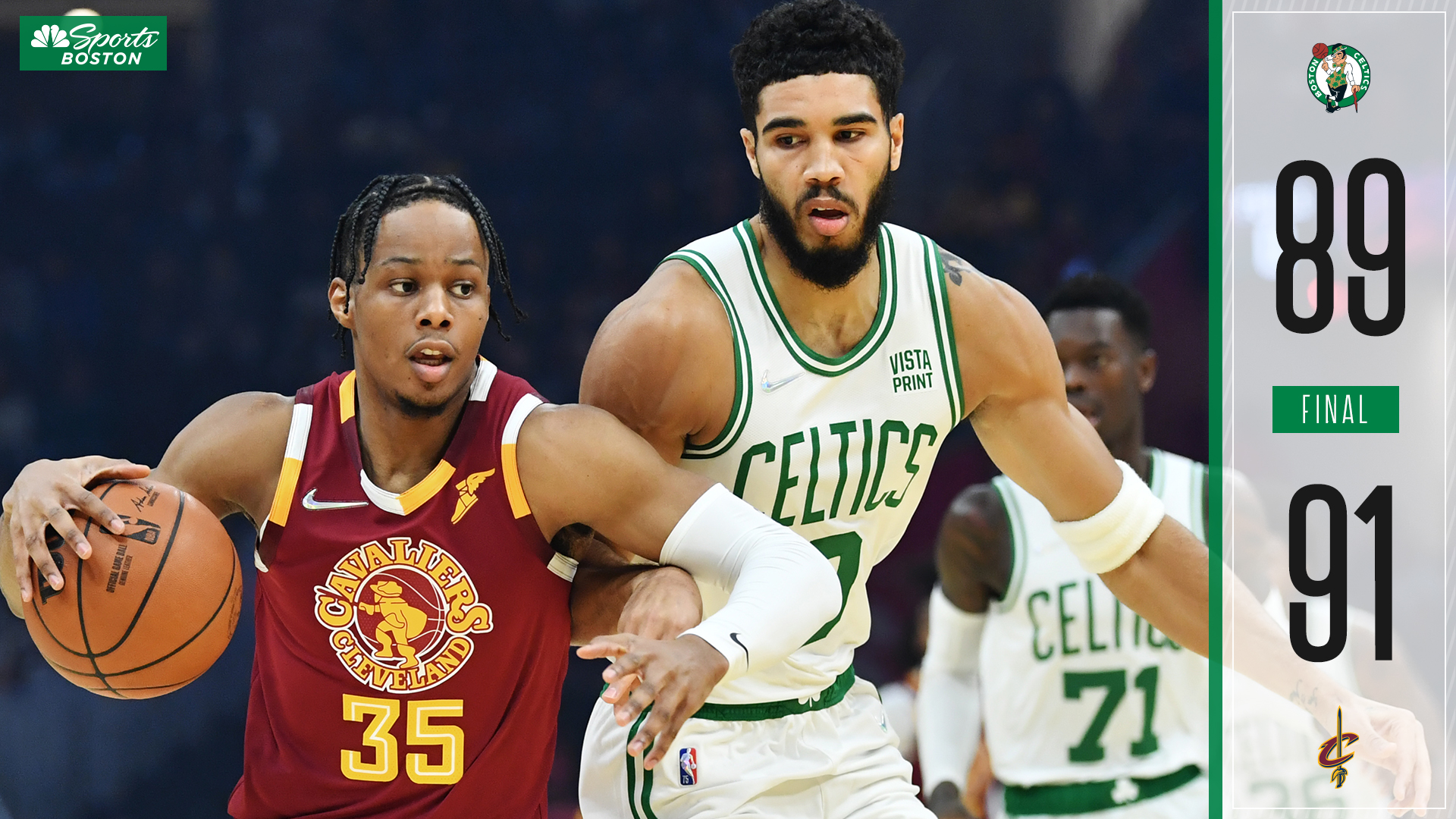 Well the Celtics decided not to go to their bread and butter overtime route and instead blew a 19 point lead and finished the game with a poor possession and a loss. Dennis Schroder had another great scoring game, but the Celtics still fell back under .500.

And I don't want to hear about Jaylen Brown and Al Horford not playing. Cavs were a bottom feeder last season and were playing without Sexton, Lauri, and Love themselves. One difference is Boston didn't add a playmaker in the offseason, while the Cavs added an elite one in Ricky Rubio.

Dennis Schroder clearly not overreacting to the squandered lead: "Sometimes you blow a lead and you lose a game. It happens."

Passing is contagious. Boston still has no playmakers and a bunch of players who can score. Not putting this on Schroder. He scored 28 points and the Cavs defense was elite, so not sure whatever play Udoka drew up at the buzzer could have been simply executed.

Just frustrating to see other teams improve by changing their culture while sorry but this year's team is basically last year's team. My dream of either Jayson Tatum or Jaylen Brown to become great playmakers is on thin ice. Tatum who is the more talented player unfortunately idolizes Kobe Bryant and Kyrie Irving. Amazing one-on-one players. Imagine if he wanted to be a bit more Larry Bird or LeBron James than Kobe though?

He said they’ve done that a lot.

“We were too casual on the offensive end and the defensive end.”

Currently this Celtics team screams a collection of talent that will end up with a worse record than they should have.

Tatum finished with 21 points which was second only to Schroder's 28, but shot poorly yet again (8-22) and only had 2 assists. Robert Williams was monster again with 12 and 16 (plus 3 blocks).

Marcus Smart didn't make a shot, but kept his attempts to just 5. He had 5 steals and 8 assists though. If your shot is going to be off, collecting as many or more steals and assists than field goal attempts is a solid consolation. Smart did have another poor turnover right at the end of the game.

Rob Williams is looking forward to a rematch in a couple of days. "We know exactly what we're coming to play against again on Monday," he says of the Cavs.

The young Cavs Evan Mobley and Darius Garland led the Cavs with 22 and 19 points respectively, while the aforementioned veteran Ricky Rubio gave a bench boost that Boston could have used. Rubio finished with 16 points, 7 assists and 5 rebound. Though full disclosure, he shot like hot garbage tonight. So maybe not the best night for me to say how Boston should have added Rubio when Minnesota was giving a team a 2nd rounder to just take him. But I do think he's a major reason for the Cavs 9-5 start and he would have provided an easy fix to the Celtics most glaring problem.

Dennis Schroder on Jayson Tatum's struggles; "I'm going to war with him. ... At the end of the day, he'll figure it out."

Ime Udoka on Jayson Tatum's (8-22, 1-8) shooting struggles: "A little frustration on missed shots, letting it affect him on the other end. Just got to play through that."

Now that he's the coach he deserves our support, but this is the Celtics. Still looking for the reasons why the Celtics thought Udoka was the best coach out there. Udoka and the Celtics will get another opportunity vs the Cavs again in Cleveland on Monday.

None of those 14 mins went to Enes Kanter. Why did you re-sign Enes if you aren't going to play him the nights Al is out & you're getting killed the mins Time Lord has to rest?