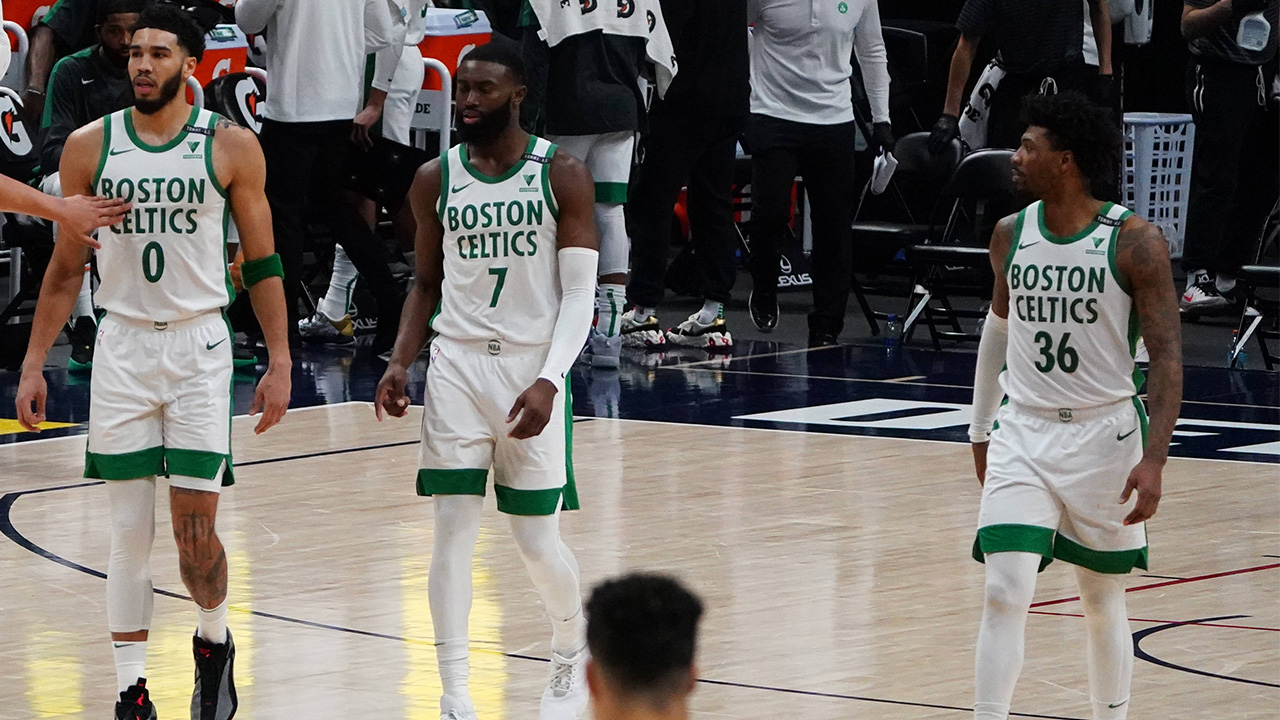 People wanted a Celtics team that acted pissed when they lost and a coach that called out the players. BNe careful what you wish for. Udoka has called out the team and the stars, and now starting point guard Marcus Smart says the Celtics two young stars need to pass more.

Marcus Smart says Tatum and Brown need to pass the ball more so they don't have to take as many tough shots.

Jaylen Brown has been rather efficient from the floor most games this season. Jayson Tatum hasn't and has forced things from time to time. Then again that's what a lot of stars do.

While what Smart is saying isn't wrong per se, I'm not sure this new Celtics way of airing dirty laundry will be the key to success and winning. I never understood the need from some fans for Brad Stevens to yell and try and embarrass his players off the court.

I thought Brad's approach was ideal and turning on players would only make things worse. Seemed like the team possibly needed a shake up with their core four. They did trade Kemba Walker, but then gave Smart a contract extension to be the team's lead guard.

"That's something that they're going to learn. They're still learning. We're proud of the progress they're making, but they're going to have to make another step and find ways to not only create for themselves but create for others on this team to open up the court for them ...