The Chicago Bulls outscored the Boston Celtics by a whopping 28 points in the 4th quarter tonight on their way to the 128-114 win over Boston. It looked like the Celtics were going to pick up their most impressive win this season, as they led by 14 going into the 4th quarter. But then that 4th quarter happened.

The Celtics wasted a 20 and 10 night by Al Horford and an efficient 28 point game from Jaylen Brown. Once again Jayson Tatum went for 20 in a losing cause, while shooting poorly (8 of 22).

Udoka: Took our foot off the gas, acted like it was over

DeMar DeRozan led the Bulls with 37 points and Zach Lavine added 26. Chicago now stands at 6-1, while the Celtics fall to 2-5, which is their worst start since the brutal 2006-2007 season.

Ime Udoka will look to get the Celtics on track on Wednesday when they head to Florida to face the rebuilding Orlando Magic. Then on Thursday they face off with the Miami Heat.

The Bulls shot 81 percent from the field in the fourth quarter and went 10/11 from the FT line.

Wrote the below post 3 months ago. So far things look quite similar to that season. The Celtics 2-5 record is their worst start since that season fwiw. 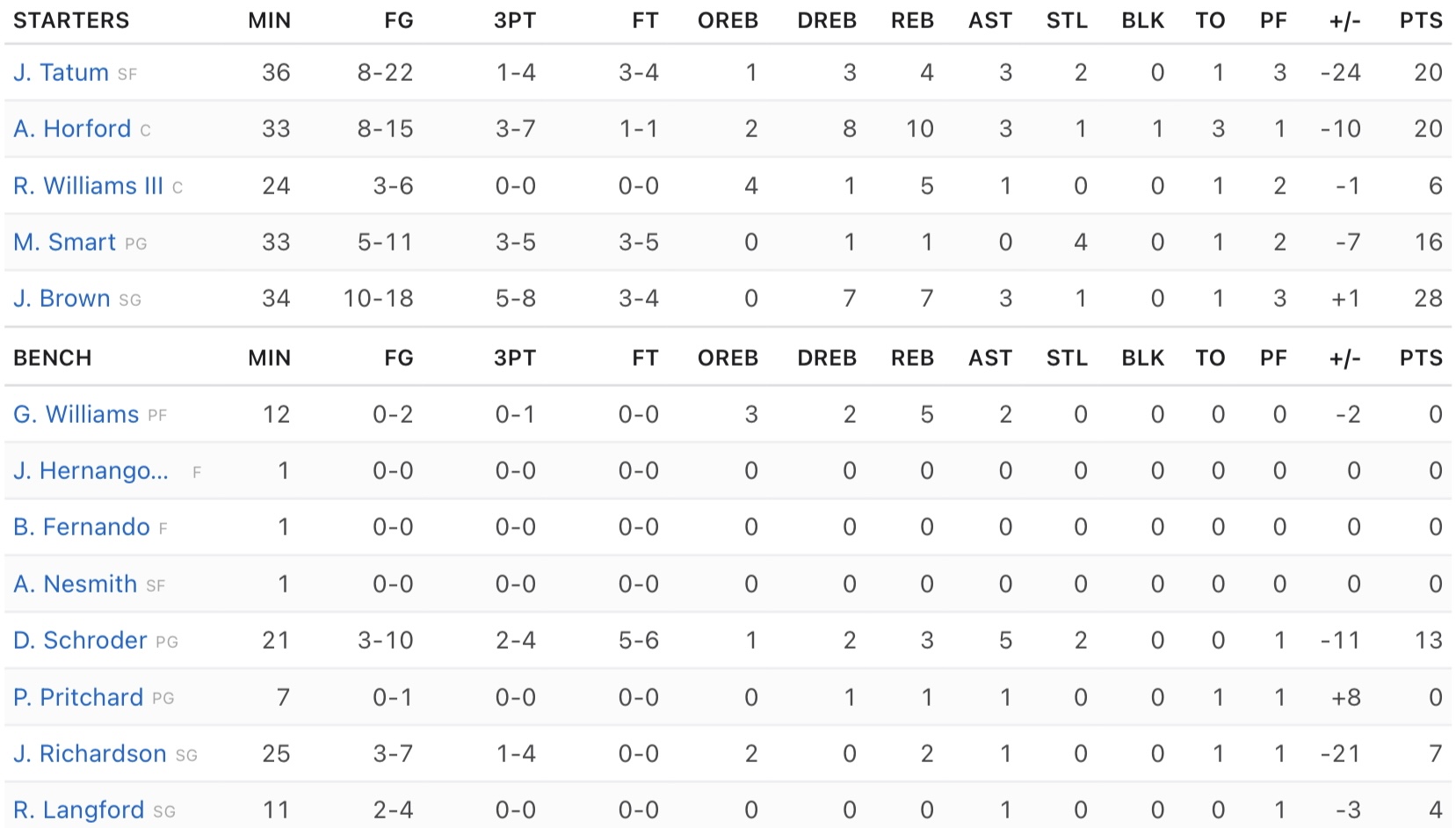