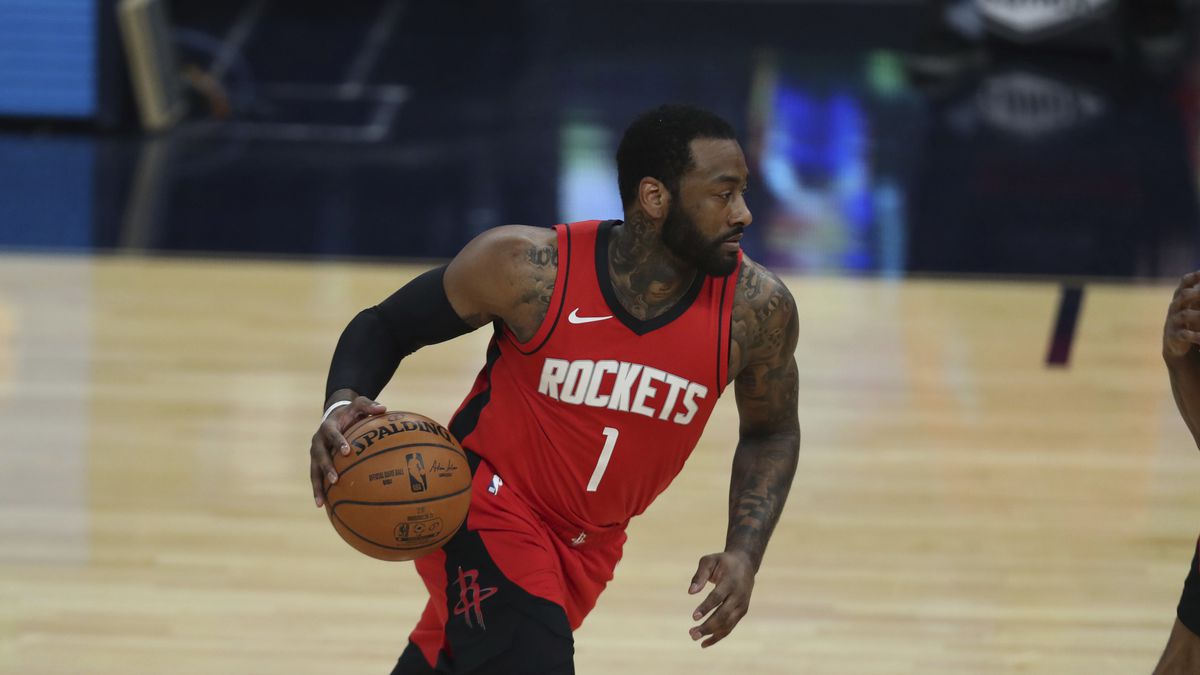 Don't shoot the messenger, but CBS Sports Sam Quinn posted this yesterday: Why John Wall might be a risk worth taking for spiraling Celtics. Must admit I'm familiar with Quinn and by no means is he reporting that the Celtics and Rockets have recently talked a John Wall trade.

Wall is owed a whopping $44.3 million this season and $47.4 million in 2022-23. Just getting the contracts to match his salary would be extremely hard. Add in the fact that it's been reported that the Celtics that signed contract extensions this summer when Brad Stevens was feeling generous are unable to be traded for this entire season and I'm not sure if Quinn's post was properly edited.

There's a bold stroke worth addressing here, even if he comes with a contract that's going to make Celtics fans cringe. If Boston needs to introduce more playmaking in the form of a traditional point guard, there's a fairly accomplished one just sitting on the trade market begging for a move in John Wall.

The basketball implications here are relatively straightforward. Wall, for most of the past decade, was among the very best passers in all of basketball. From 2014 through 2019, Wall ranked in the top three in the NBA in points created by assists each season. Even last season, after returning from multiple major injuries and missing the entire 2019-20 campaign, ranked a respectable 12th despite playing on the worst team in the NBA. The John Wall Effect was so pronounced midway through last decade that he managed to get Otto Porter Jr. a max contract. For a meaningful period of time, no player in all of basketball was better at creating corner 3s for his teammates than Wall. The jolt he'd give a fairly mediocre transition offense would be the icing on the cake.

So there's Quinn's case for Wall. I'd caution that putting up high assist numbers doesn't always mean you're the best playmaker. It often means you were allowed to have the ball in your hands the most as a team's lead guard or best player. Wall in Washington was that (And later shared the top dog role with Beal). Wall in Houston was that as well.

In Boston he'd be playing with Tatum and Brown. Would Wall work as the Celtics point guard? Well the time to have tried that experiment was last summer. The Celtics easily could have traded Kemba Walker's less arduous contract for Wall. Might have even gotten something extra from Houston back. That way Boston could have kept pick their 1st rounder and drafted a guy like Sengun. Probably even signed Al Horford for peanuts after the Thunder bought him out (like they did Kemba)?

Now you're not getting Sengun back in the deal and you've already added other contracts to fill out the roster. Quinn suggests these four Celtics in a Wall trade: Al Horford, Josh Richardson, Dennis Schroder, and Juancho Hernangomez.

Again, if the Celtics beat writers are to be believed, Josh Richardson can't be traded this season due to his silly contract extension. So again, you'd have a hard time coming up with contracts to match Wall's $44.3 million number. And even if you did, you'd be losing one of your best players so far these first 7 games, a vet that you said you needed, and a willing passer in Al Horford.

You wouldn't have an offseason to find a solid stretch big to replace Horford either. And again, you wouldn't have Sengun. This trade would be a no brainer for the Rockets as they'd save ridiculous money over the next two season. Especially after buying out Horford who could then sign with the rival of his choice. He would not be eligible to re-sign with Boston it should be noted. The Rockets could also easily flip Schroder and his minimal contract for a draft pick.

So this would be a fantastic deal for the Rockets. I see the odds of this happening, even if Richardson was eligible to be moved, at like 2%.

John Wall will be highly sought after... once he's either traded and bought out by his new team, or simply bought out by the Rockets. John Wall for the NBA minimum is a steal of a deal. That's the time to sign him. Guessing he'll sign with th Clippers or Heat though. A John Wall owed over $90 million for the next two seasons? There isn't a match here in Boston unless picks are coming back with Wall, and the Rockets won't do that.

The Wall trade option was an expensive, intriguing Hail Mary when we were looking to trade Kemba. Now it's not happening. When he gets bought out, I'm sure Stevens will at least make an attempt to woo him to Boston. No idea when that buyout is happening. Might not even come until the offseason.