Past Forward: Turn On The Greatness

Much has been scrutinized lately about the current co-leaders of the Celtics, and so for our final installment of Past Forward, we imagine they should take a page or two from a pair of past co-leaders, teammates, and champions.
Fire, as Jaylen Brown has fittingly been named, could probably benefit from a douse of gasoline from the old Grit and Balls, Kevin Garnett.  KG was Fire before Fire, and he could surely give Jaylen tips about channeling that heat into co-leading a winning team.  Jaylen certainly has the passion, and KG can help turn that combustion into power. 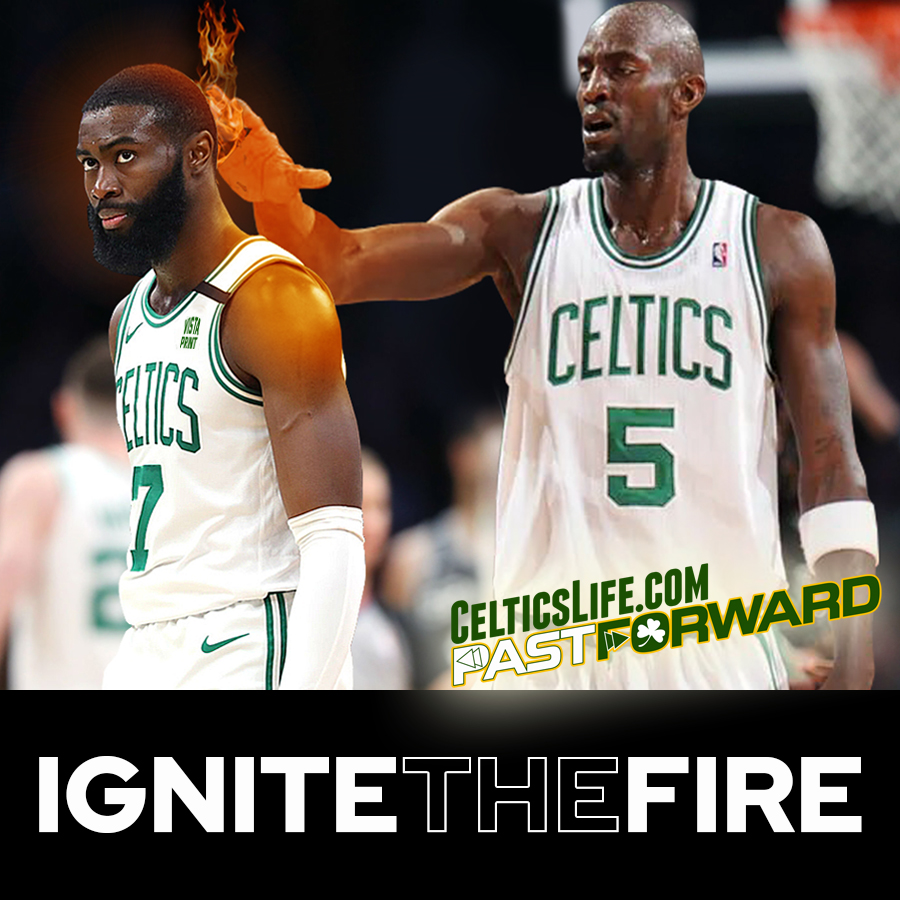 Jayson Tatum, on the other hand, has been nicknamed Ice, and his cooler, calmer persona could learn a thing or two from the cold, hard Truth himself, Paul Pierce.  Tatum packs the All-Star energy but needs to level up to an All-Star co-leader, who like Pierce, can both captain the team yet meld his skills with teammates on a winning club.  Tatum already hits the game-winner like the Truth.  Now he needs to unleash the rest of his skills and leadership nature to succeed. 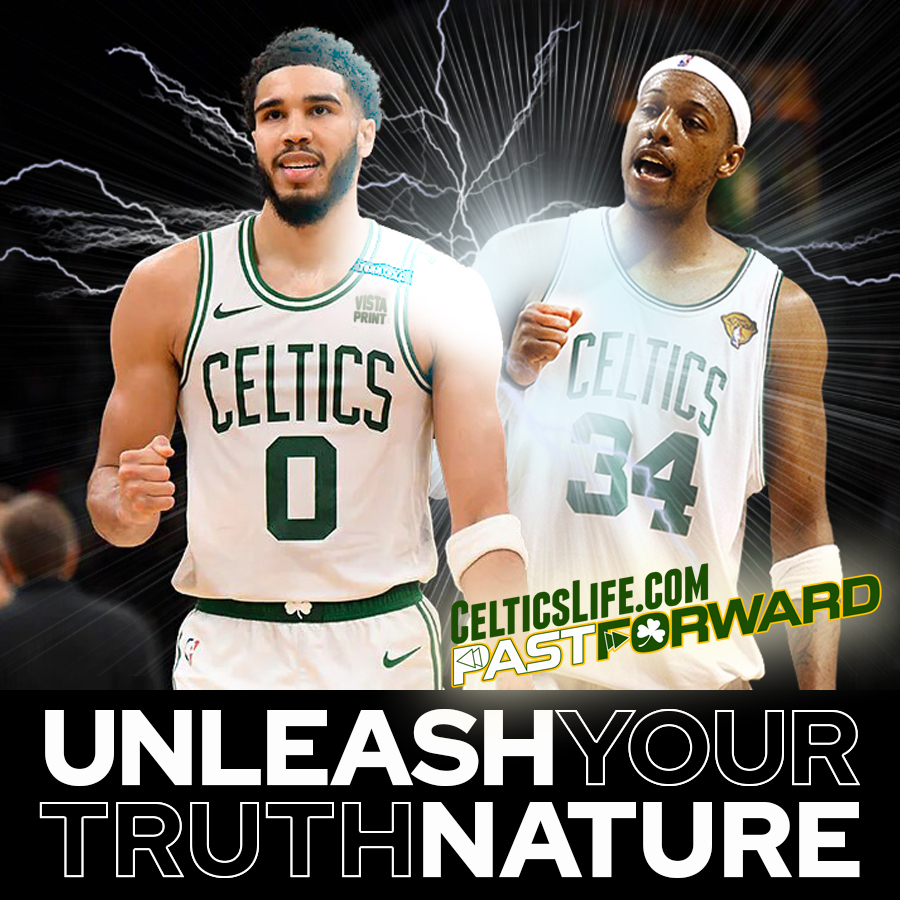 In both cases, the young Jays are already on the cusp of greatness.  And with a little tutoring from the Past, they can go much further Forward.