Celtics use strong 3rd quarter to dispose of young Magic, defeat Orlando 92 to 79 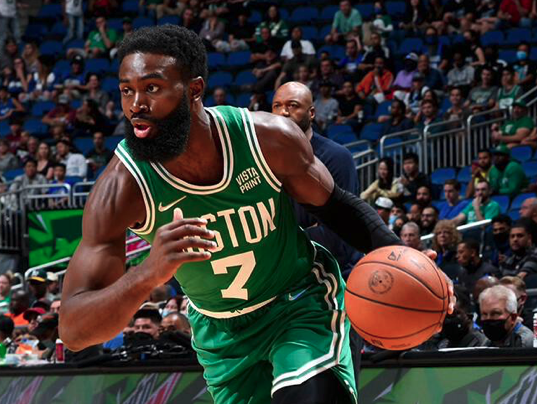 The Boston Celtics put a beatdown on the Magic in tonight's 3rd quarter, and unlike on Monday, they didn't fall apart in the 4th quarter. Ime Udoka wasn't taking any chances as he kept the starters in until just 2:29 was left in the game. Once again a very efficient Jaylen brown led the way for the Celtics with 28 points. Al Horford had another well rounded performance finishing with a near triple double in just 26 minutes played.

Jayson Tatum's shooting slump continued as he totaled just 14 points on 4 of 16 shooting. To his credit he did limit his shots to just those 16 instead of forcing the issue. He'll snap out of the slump eventually.

The very young Magic actually outplayed the Celtics for most of the first half, but Boston used a run at the 2nd quarter to cut the Orlando lead to just 2 at the half. Then Boston kept that momentum going and outscored the Magic by 21 in the 3rd quarter.

With this win, Boston improves to 3 and 5 on the young season. The Celtics face off against a much tougher opponent tomorrow night in Miami. The Heat are tied for the NBA's record with the Utah Jazz at 6-1.

Al Horford, in postgame walk-off with @tvabby, on Boston’s players-only meeting: "All good. We’re going to be fine. It’s a long season. Guys are competitive. We want to win.”

Al Horford: “We talked about coming out, setting the tone on the defensive end, and having that right energy. And I feel like everybody was very connected in doing the things we needed to do.” 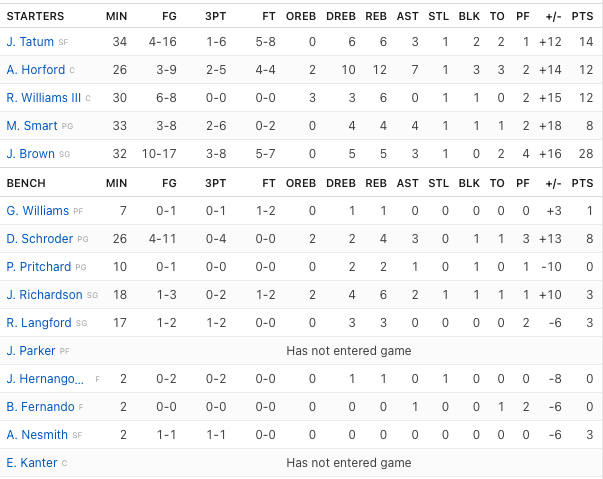