The Celtics came to play tonight and their stars Jayson Tatum and Jaylen Brown led Boston to an ovetime win over the Hornets 140-129. Jayson Tatum finished the night with 41 points while Jaylen Brown added 30 of his own.

Dennis Schroder continued to impress in the starting line-up, ending the night with 23 points and 8 assists. He came up big in overtime. Well the home team did as once the Celtics came back in this game and made it to OT, they cruised to the win. We won't talk about the poor regulation offensive execution. Props to Marcus Smart for the key defense in the final minute of regulation though.

“It builds toughness," Coach Udoka says of the grind-it-out nature of tonight’s win. "It builds character. It builds the team.”

Rob Williams gives shoutouts to Dennis Schroder and Marcus Smart for their defensive impact down the stretch: “Them guys was dogs out there.”

Celtics have tomorrow off, but are back in action Wednesday night vs the Wizards.

Ime Udoka: “Marcus is the player of the game” pic.twitter.com/v1It88is3S 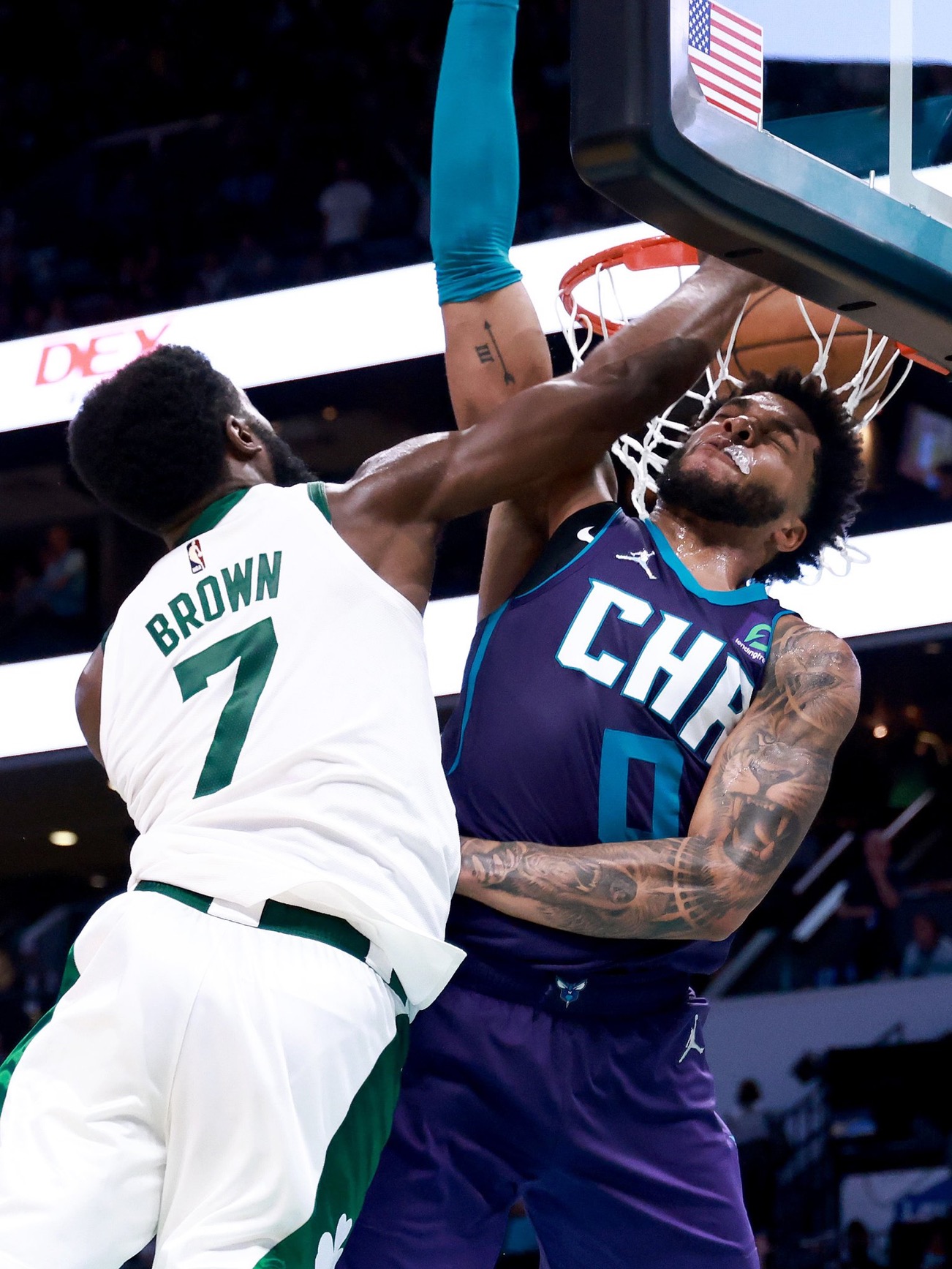 Jaylen Brown on his dunk over Bridges: "I was going up with bad intentions."