Past Forward: The D Never Rests

Bonus Double Past Forward post!  Because we can't reiterate it enough, and because every serious baller should know and recite this whenever they can: Offense wins games, Defense wins championships.  In these imaginings, two young C's take the matra to heart as they evoke the defense-minded approaches of two Beantown legends.
First, Aaron Nesmith is the fast-developing glue-guy for the Celts, who is making is presence known all over the floor - from knocking balls loose down one end, then knocking 3s down the other.  That kind of offense/defense efficiency would have made legend Dennis Johnson proud.  DJ was primarily known for his D and hustle, but the man Larry Bird described as the "best teammate he's ever had," was also a clutch bucket. 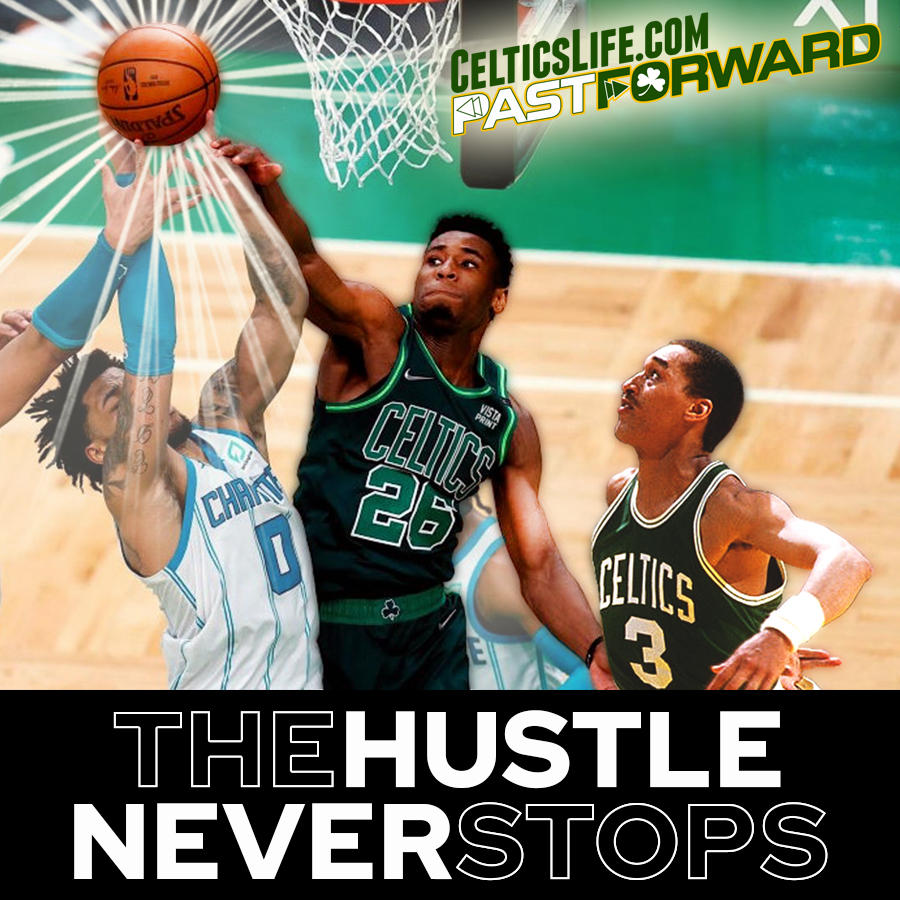 Defense is already the calling card of Robert Williams III, and there's no better mentor for The Time Lord than the Lord of the (11) Rings himself, William Felton 'Bill' Russell.  Basketball fans all know about Russell's legendary defensive prowess and the Time Lord's skills mirror these rather fittingly.  Currently, Williams is tied for the league top in shot blocks at 3.0 bpg, and he's also accounting for 8.8 rebounds and 1.8 steals.  And with his playing time topping out at a career-best 34.3 minutes a night, Time Lord is getting all the time he needs to develop into a championship-level defensive anchor. 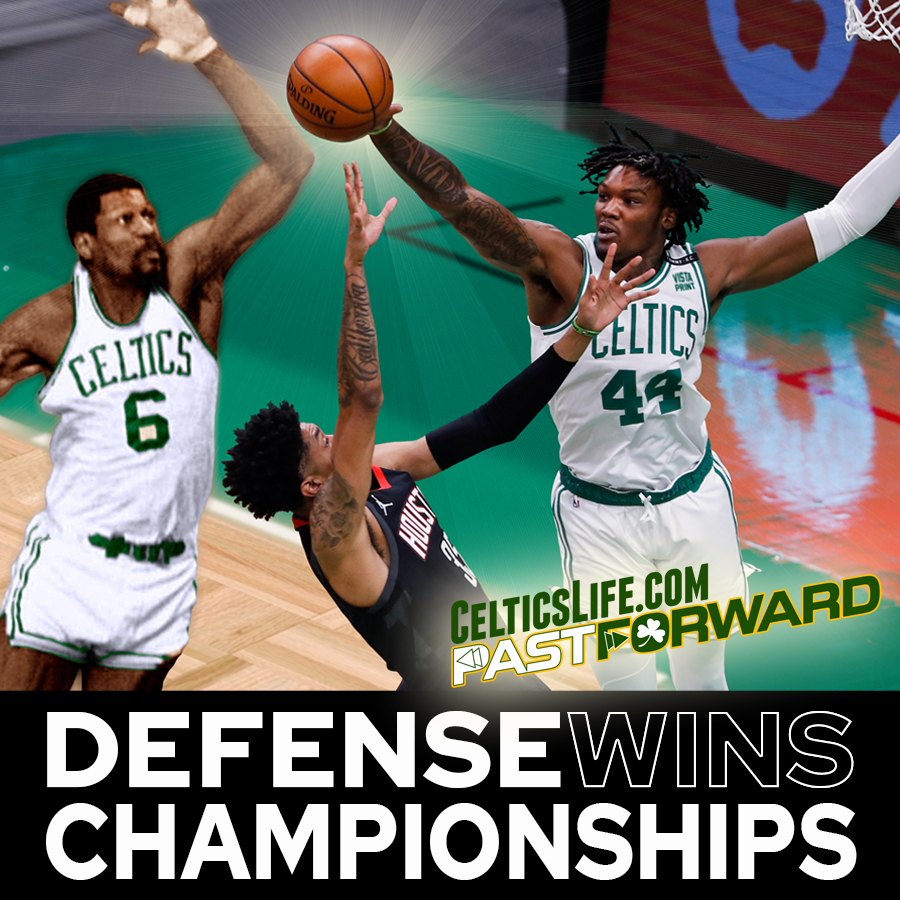 Watch clips from DJ, and chat it up with Russell.  Nesmith and Time Lord can only get better with time and learning from the Past, and taking these lessons Forward!