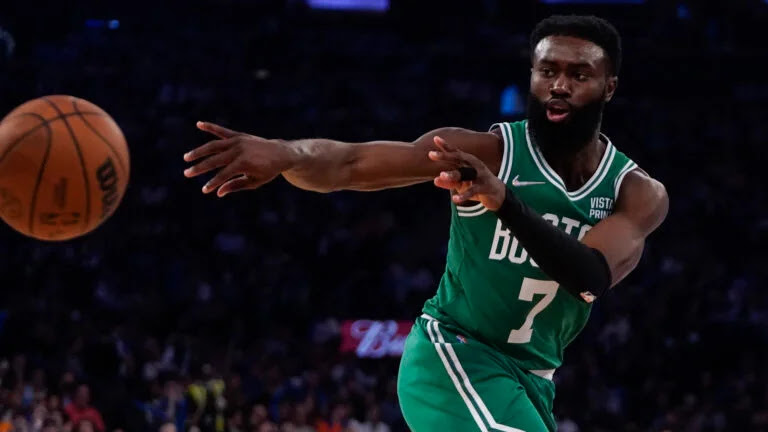 I know, I know. No need to get too bent out of shape over the Celtics early struggles or injuries. At least that's waht the kool aid drinkers will say. But this season is starting out similar to last year. Underperforming, lack of effort, and players sidelined.

Somehow after passing on retaining Evan Founier on a reasonable 3 year contract in order to have cap space next off season, the Celtics shifted gears and signed Time Lord, Smart, and Richardson to extensions.

They also got a Dennis Schroder as a cheap one year rental. But in terms of building a contender they need both Jay's to remain healthy and grow together and they need to add talent.

They gave up a valauble opportunity to add a long term piece when they traded pick #16. And they've decide to hand the point guard reigns to Marcus Smart. I'd be fine with Smart at the point if you had a Larry Bird or LeBron playmaker at the forward position. But with Brown and Tatum, the team deperately needs a great playmaker at the point.

The Celtics very well may whoop the tanking Rockets and win some games the next couple weeks. But they aren't going anywhere this season if Jaylen's knee is an issue. And load management sucks both for fans and coaches. Hard to build continuity.

If Jaylen ends up missing a large chunk of this season, Stevens will likely regret giving Smart and Richardosn extensions this past offseason. If Jaylen is out, this is the idea time to sit Tatum after the all-star break and go for a top pick (like Ainge did in 2007. That pick was then used to get Ray Allen, which enabled Al Jefferson to be kept for a KG trade).

But due to Smart, Richardson, and others either not being permitted to be traded or now hard to deal, it would be hard for Boston to end up with a top pick. So let's all pray Jaylen gets better and somehow the team can develop one of these young guys into a star. Eventually they will still need to get a point guard. Not sure any team in the NBA that contends does so without a superior playmaker.