The Celtics have joined the 76ers as personae non gratae after Enes Kanter tweeted this video:

The Celtics will no longer be shown on Tencent or be discussed on Weibo according to multiple reports. Previously the whole NBA was banned after Daryl Morey tweeted support for the people of Hong Kong, but after NBA players and higher ups played nice with China, that banned was lifted months into the new COVID world.

The NBA makes 100's of millions of dollars through their partnerships with China. They were criticized for not supporting Daryl Morey, while also taking heat from China for not banning him from the league. Don't expect the NBA have much to say in support of Kanter here for fear of more repercussions.

While the Celtics are just one team, that's still 3.3% of the league, so that means the NBA loses 3.3% of 100's of millions of dollars in revenue. And since the Celtics don't play games amongst themselves that actually means that 6.6% of NBA games won't be televised in China due to this Celtics ban. Add that to the 76ers ban and we're at 13%.

More than 150 Tibetan people have burned themselves alive!! — hoping that such an act would raise more awareness about Tibet.

I stand with my Tibetan brothers and sisters, and I support their calls for Freedom.#FreeTibet #FreedomShoes pic.twitter.com/MKxfs1l7GA

To Kanter's credit, he's put his money where his mouth is. He's more or less a journeyman in the NBA right now. He's on a minimum one year deal. When that contract expires next offseason, he very well may have less suitors in the NBA because like the Morey Chinese TV ban that transferred from the Rockets to the 76ers when he changed teams, Kanter's would likely as well. 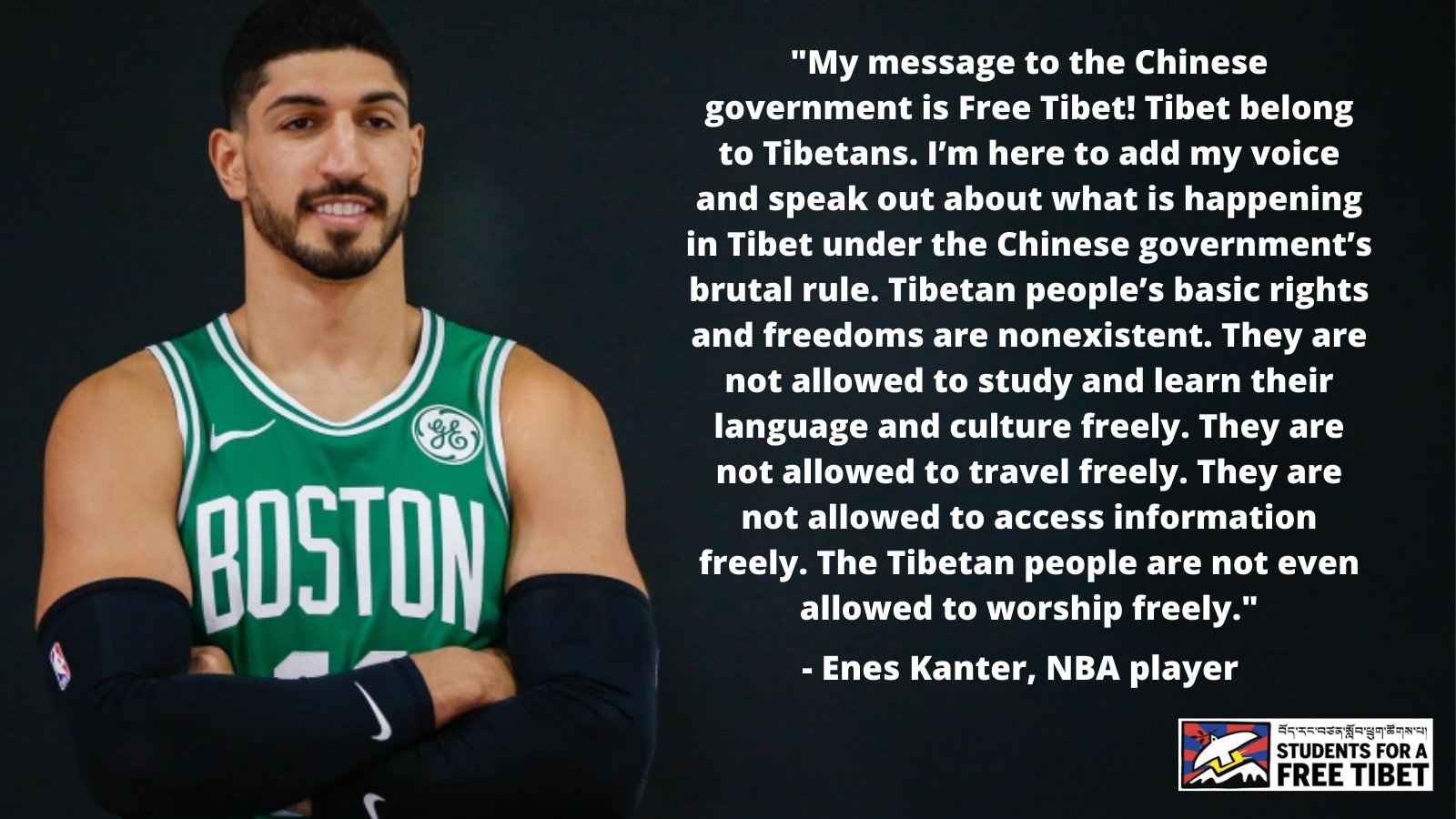 Teams presumably would prefer not to lose the Chinese market, so Kanter could go unsigned next offseason. Again, credit to Kanter for not only standing up for the Tibetan people, but also potentially making a significant personal sacrifice by doing so.

Boston Celtics games were pulled from the Chinese internet after Enes Kanter, a center on the team, said on social media that Xi Jinping, China's leader, was a "brutal dictator." https://t.co/0QKKINfkBv

Kanter was a DNP-CD in the Celtics season opening loss in New York last night.