Around the NBA: Simmons' suitors and feud with Embiid, Wiggins gets vaccinated, Beal extension 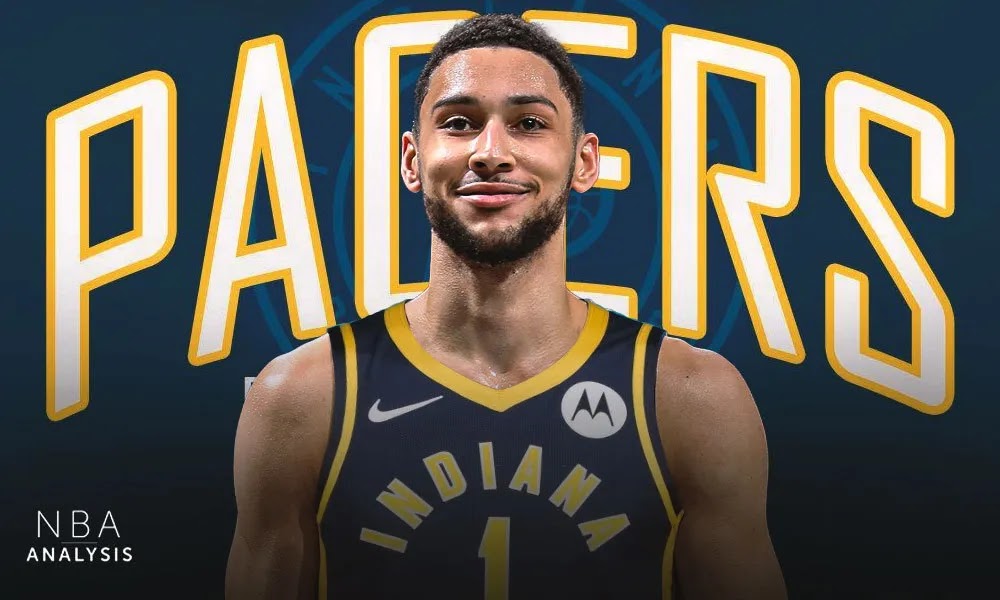 Time to catch up on some of the top stories of this past week:

After first trying to play nice with Ben Simmons, Joel Embiid responded to the former's most recent complaints, by going to the bar and ordering a shot of truth. Embiid said the 76ers got rid of Jimmy Butler and signed Al Horford to cater to Simmons. So that Ben could be the "man" and have the ball in his hands. Embiid also said that it was a mistake letting Butler go.

Basically Embiid only said the truth that both he, Simmons, and everyone else in the NBA world already knew, but it was burning bridge moment nonetheless. Teams like the Wolves, Cavs, and Spurs remain interested in trading for Simmons, but it's the Pacers that may be slowly becoming the favorite.

On a side note, I would say "Poor Horford" for getting dragged into this, but the man got his free agency money bag and still ended up back with his preferred team, the Celtics, so I doubt he cares (or is poor).

The stumbling block is that the Pacers don't have an All-NBA or even All-Star to trade for Simmons. Sabonis wouldn't work with Embiid and not sure the Pacers would be willing to move him in a three team deal that would net them Simmons regardless. So the thought is that eventually the 76ers will cave and trade Ben for 50 to 75 cents on the dollar and a package including Malcolm Brogdon (who would fit great with Embiid), first round picks, and maybe Caris Levert will be the end game for Philadelphia.

The 76ers withheld an $8 million payment to Ben Simmons which was widely misreported/misunderstood online. Simmons will still make his full salary this season as long as he's playing on opening night somewhere. So there is still 3 more weeks of the game of chicken between Philly and Simmons before any actual money is lost.

This was more of a procedural thing. The first step needed in order to not pay Simmons if his holdout lasts into the regualr season. If Philly didn't make this procedural move, now that would be a story. But of course they want to keep the threat there. For his part, Ben has let it be known that he is willing to forgo paychecks in order to get traded. Again this is situation of of course he has to say that.

Zero chance PHI doesn't trade him for the remainder of the deal.

Poker faces must be maintained by both the team and the player right now. But there is zero chance that the 76ers just hold onto Simmons for the next 4 years to not play. And zero chance Simmons sits out four prime years.

Simmons will either be traded prior to opening night, he will return temporarily for the start of the season and pull a half-arse James Harden effort move until he's dealt, fake an injury, or he will actually sit out some games (and lose pay), but will be moved in the next month or two. No chance this even makes it to the trade deadline of this season, let alone that Ben sits a whole year (or 4!). Sorry Perk.

In other news, Andrew Wiggins after first refusing to get the COVID-19 vaccine, and then trying unsuccessfully to get a religious exemption, has changed his mind and gotten vaccinated.

Golden State’s Andrew Wiggins has been vaccinated and will be available for all games this season.

If Wiggins had remained unvaccinated he would not have been permitted to play in Warriors' home games. Speaking of the Warriors, Klay Thompson is finally back.

The apple of many Celtics fans eyes, Bradley Beal, was likely offered his 4 year, $181.5 million extension on Friday, but the All-Star guard says he will wait before signing. It should also be noted that he can receive a considerably more lucrative deal from Washington next offseason. Beal says he's not in a rush to sign.

I still think we could see Beal agree to re-sign with Washington next offseason for that more lucrative 5 year deal, but with the understanding that if Beal wants out during the contract, then Washington will honor his request. This is how Oklahoma City re-signed Paul George. The Thunder ended up getting a king's ransom for George in a trade a year later (son obviously didn't lose him for nothing, while George got both his money bag and preferred location of Los Angeles in the end.

Who this doesn't work out well for would be a team like the Celtics. If Beal re-signs in Washington, the Celtics could no longer trade for Beal for anything less than his full trade value. Also, the Celtics would be acquiring a player with a bigger contract which would hurt the team in terms of surrounding stars with talent.

The Bulls have a new roster and high expectations: